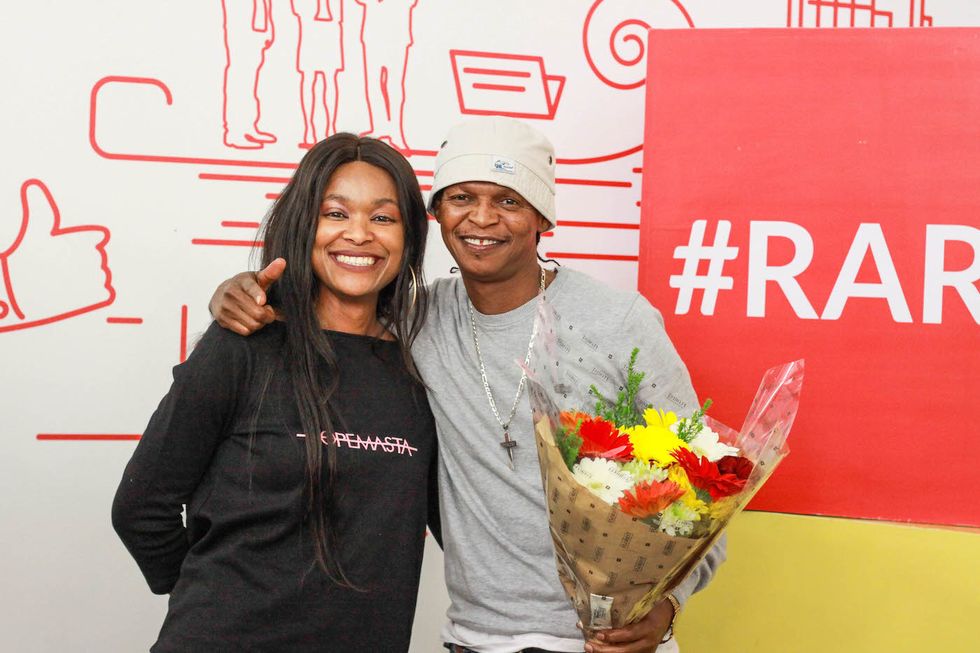 Through her i(m)bali LIVE series of events and podcast, Helen Herimbi celebrates the country's living legends.

Every month, South African music journalist Helen Herimbiliterally gives the country's music legends and industry veterans their flowers while they can still smell them. Helen sits down with one personality per session for a live interview in front of an audience at her event series I(m)bali LIVE.

The event is filmed and recorded, and later distributed as a podcast on SoundCloud and the video can be watched on YouTube. Artists and music industry practitioners such as Slikour, Stogie T, Spikiri and Lee Kasumba have all shared their ibali (Xhosa for "a story") and received their imbali ("flower" in Nguni languages). Hence the name "i(m)bali."

"The music industry (and the entertainment space at large) can make it seem like people, even the ones who have significantly impacted lives through their creativity, are disposable," says Helen when asked what inspired the idea of i(m)bali LIVE. "It was important to give key players in the South African music landscape their flowers while they can still smell them. Furthermore, it was important to hear their stories straight from their own mouths. So, a live interview series called i(m)bali LIVE was born."

i(m)bali LIVE takes place on every first weekend of the month. The event series initially started as a podcast (simply called Imbali) in which Helen would sit down with different musicians and unpack their stories—episodes featuring artists such as Thebe, Mshoza, Hugh Masekela and others are all available on Helen's SoundCloud page.

The podcast became an event series in November of 2018, with the first guest being the pioneering hip-hop label head and DJ Bionic (Bradley Williams). Helen's listenership then became regulars at the events when the move from the virtual world to the physical happened. "Those are the people who genuinely care about South African music and they have been consistent in attendance and engagement online," she says. "It's also been dope to see guests excited to tell their stories in front of this audience."

Helen says i(m)bali LIVE has been positively received by both guests and the audience. "So," she says, "I look forward to potential partners waking up to that, so we can continue to explore excellence in our visual, audio (and other) production."

Watch clips from i(m)bali LIVE below, and be sure to stay in touch with Helen via SoundCloud, Twitter, Instagram,YouTube and Facebook for more interviews with South African music legends.

Spikiri on his alias, signature bassline, initial beef with Bougaluv and the making of 'Current'www.youtube.com

Stogie T speaks about Music From My Good Eye, Motif Records and museswww.youtube.com

The new season of i(m)bali LIVE kicks off on August 3 at the J&B Hive in Braamfontein, Joburg.