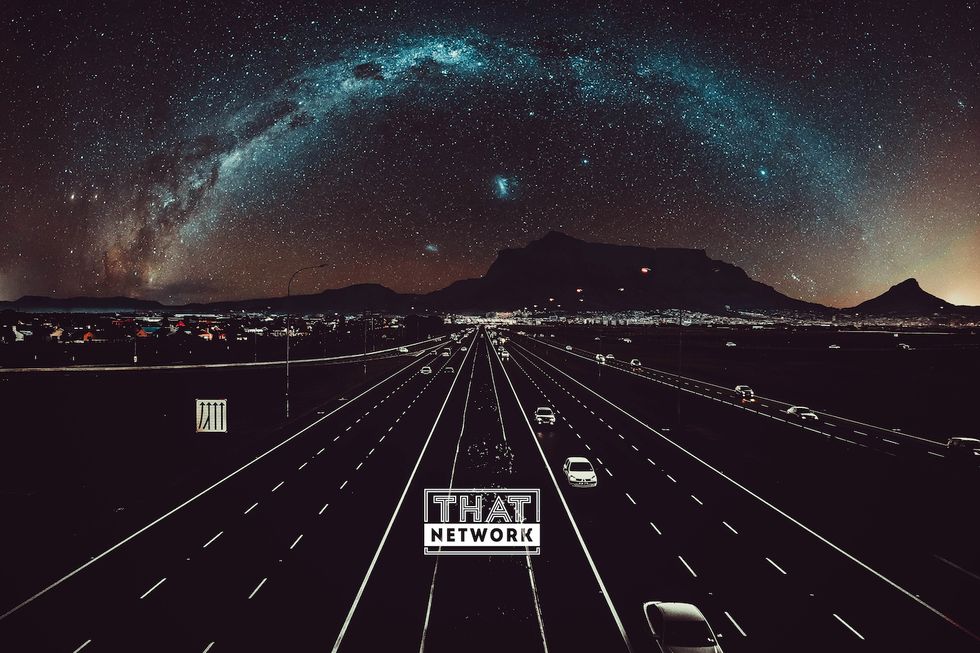 We chat to the South African hip hop producer Hipebeast about the new direction his photography is taking.

Hipe is a god. The Capetonian, real name Wayne Robertson, is one of the most respected hip-hop producers in South Africa—the man behind South African hip-hop classics by the likes of ProVerb, Zubz, Mingus, Jaak, Rattex, among others.

In the last few years, his forays into photography, under the moniker Hipebeast, have given South Africa one of the most impressive street photographers on Instagram.

He takes no cliché shots and none of that corny shit as he takes you through he streets of the Cape Flats, and Cape Town in general through the eyes of a Capetonian, no fluffy touristy bullshit. He has worked with brands such as NewBalance, Mr Price Denim and Butan Wear, among others.

As if his photography isn't breath taking enough as is, he recently opened a new Instagram account through which he shares a new type of photography that we haven't seen from him before, or anyone in South Africa for that matter.

Called @eyedazzlerr, the account showcases some of Hipebeast's existing photography with dreamy embellishments, as well as new surreal photos that you'll find yourself admiring for hours.

We caught up with the man and asked him about his new work, and what he is working on musically.

Please let us take us through this new direction of your work.

I just felt for something different, and wanted to have some fun with my photos.

Eyedazzler is the title of an album by Alison's Halo released in the late 90s, and when I saw the name, it just always stuck with me. When I stared creating these images, that was the name that came to mind. I just added some sauce by adding double R at the end

Can you please take us through your working process? From photographing an image to editing. Do you plan out how you want the final product to look or you just wing it and let it become what it becomes?

I never plan anything really; I just jump into the fire and mold the steel as we go along. I find this process of editing very similar to how I put together my beats, in terms of sampling, taking something from one image and adding to another to create something completely new, with elements of old.

Do you mostly use mobile apps or you also edit on a computer? Or a combination of both?

It's a combination of both, but mostly my PC for this account. I find it easier to work on a big screen when editing my photos.

What software do you use?

A combination of Adobe Lightroom and Photoshop.

You recently did a fashion shoot for Butan Wear, which doesn't look like a typical fashion shoot. Please take us through the concept of that shoot.

Oh, that's a Hipebeast collaboration. Butan approached me because they really liked my grungy unorthodox style of taking and editing photos. For this range, they wanted to showcase "The other side of the mountain," and since I was already one of the few people photographing the Cape Flats quite often it just made sense. I did what I do best–take street style photos, but it was the team behind the shoot that played a huge role in the fashion side of things.

What else does Hipe have in store, especially for 2018, in terms of photography and, also, music?

At the moment, I'm very focused on THAT Network, a start-up which I co-founded last year. We're working on bridging the communication gap between artists and the people who need creative services. Apart from providing services, we also have some dope projects planned, including a beat tape by Two Point Owe, one of the producers we represent and some networking evenings.

I'm currently working on an EP with Postman L. People can expect it to be quite grimey with my raw and rugged beats paired with Postman's razor sharp flow. We're also looking to work with more brands in the upcoming year, and have a few collaborations in store, but always keen to experiment with new products, so hit us up.