Hisham Matar’s The Return: Touching Bottom in an Ocean of Grief 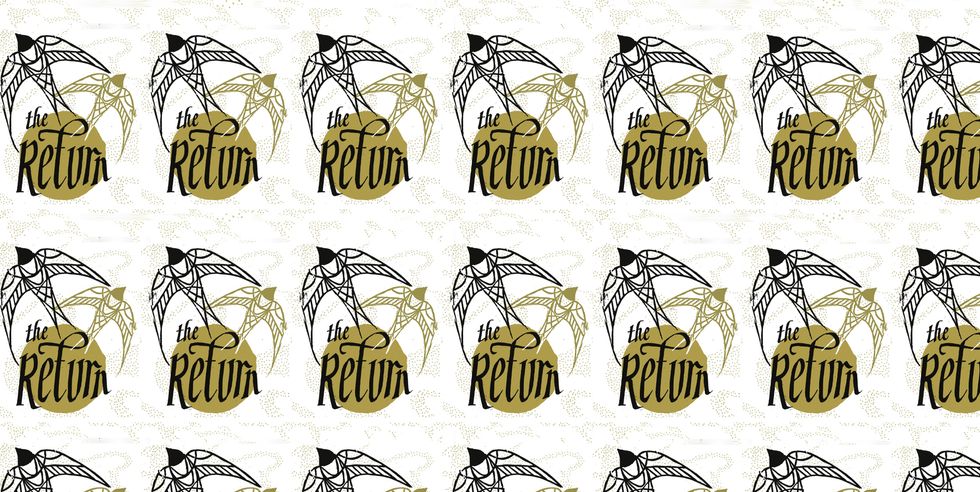 This memoir of returning to Libya after the fall of Gaddafi will absolutely break your heart. It is also really really good. Read it.

“There are times when my father’s absence is as heavy as a child sitting on my chest. Other times I can barely recall the exact features of his face and must bring out the photographs I keep in an old envelope in the drawer of my bedside table. There has not been a day since his sudden and mysterious vanishing that I have not been searching for him, looking in the most unlikely places. Everything and everyone, existence itself, has become an evocation, a possibility for resemblance.” —The Return

You don’t need to read Hisham Matar’s novels before reading his just-published memoir about looking for his father in Libya. The Return stands on its own: it’s one of the most perfectly and precisely executed personal memoirs I’ve ever read. The back cover is filled with the usual glowing blurbs and lavish praise, but they’re all true: it’s an absolute masterpiece.

It manages to be desperately intimate and personal, heartbreaking and poignant, and yet it’s also “dazzlingly multiple,” as Marcia Lynx Qualey puts it, an infinite history of modern Libya: “memoir, geography, biography, journalism, literary criticism, and dark historical thriller.” It’s a book that looks inward to look outward, a deep-dive into Libya’s literary ocean. Read it. It’s just, you know, very good.

On the other hand, if you have read Matar’s two novels—In the Country of Men (2006) and Anatomy of a Disappearance (2011)—then The Return turns out to be the concluding volume of a trilogy that Matar couldn’t have planned to write, and couldn’t have known he was writing until he did. His two novels are about memory and lost fathers and a childhood spent in Libya that becomes an adulthood in exile; they are the novels that Hisham Matar wrote in the long uncertainty he inherited from his lost father and from memories of his childhood in Libya as he became an adult in exile.

Indeed, his novels are so close to his own life that at one point in The Return—as the two are boarding a plane to Libya—his mother asks a “mischievous question,” as he calls it: “Who’s returning? Suleiman el-Dewani or Nuri el-Alfi?” These are the names of the protagonists of his two novels, fictional versions of Matar himself that—in his mother’s very serious joke—were suddenly brought to life. After a life spent dreaming about return, and in his fiction, trying to imagine the truth of his lost father, The Return is Hisham Matar coming face to face with reality—or trying to—but finding it to be as ambiguous and depthless as any novel, an ocean without a floor.

At its core, the story is simple enough: for two decades, Jaballa Matar’s family lived with the uncertainty of his death, who had been kidnapped—while already in exile—and had been lost in Gaddafi’s prisons ever since. As far as his family knew, he was probably dead, but—without word or confirmation—how could they grieve? Without the truth of his death, how could they stop waiting?

“I envy the finality of funerals,” he writes, in The Return; “I covet the certainty.”

For Hisham Matar, fiction took the place of the knowledge that was denied him: about his father, about his family, and about Libya. “To be Libyan is to live with questions,” as he writes in The Return, and his novels asked these questions: “When I think of what might have happened to him,” he writes, “I feel an abyss open up beneath me.” His novels chart the abyss.

In the Country of Men, his first novel, is the story of a childhood in Gaddafi’s Libya, the bildungsroman of a mind shadowed by dictatorship, born into complicity with a patriarchal patriotism while too young to understand. It is also about how an adult mind tries to make sense of that origin, years later: it is written by the British author and narrator that its protagonist has become, thousands of miles away, after he has become a man and after he has lost his father, to Gaddafi’s security forces.

In other words, it’s Hisham Matar’s own story: born in Libya, Matar fled with his family to Cairo when he was nine—roughly the age of his first novel’s protagonist—and then to Britain, where he has lived ever since. In the Country of Men was the novel he had to write to understand the half-formed understanding he had formed, of himself, as a child; it is about being the son of a father who was destroyed by his own country, and about what’s left afterwards.

Matar’s second novel, Anatomy of a Disappearance, is the next version of this story, as life moved forward: after a childhood in Libya, it gives us the family in exile, as a son struggles to re-discover the father who was abducted by security forces; instead of a child, it is the adult life as constructed out of absence and loss. If In the Country of Men was an anatomy of childhood, then Anatomy of a Disappearance is a young man trying to imagine how he could grow older himself, and who—in the absence of a father—he could become.

And then, in 2011, the reality changed. The Return is the book that Hisham Matar could only write after Gaddafi was dead and after the prisons opened up: it is the book he could only write once his father—and the fatherland that Gaddafi had made Libya to be—were in the ground. And so, it serves as a kind of punctuation mark to the writer he had been. After decades trying to fill the abyss with fiction, The Return is the book he wrote about putting his own feet in the water. Suddenly, it wasn’t Suleiman el-Dewani or Nuri el-Alfi that was returning: it was Hisham Matar.

The irony of The Return, however—an irony poignant and devastating and real—is that art can create a shape and a structure and even a kind of narrative out of a world that will never provide it, or allow it; there is an aesthetic satisfaction from Matar’s novels that The Return cannot provide, because reality is not nearly so simple.

When the prisons are opening and his father is not found, hope becomes impossible: “it was clear” he says, “for the first time, the truth became inescapable…it was clear that he had been shot or hanged or starved or tortured to death.”

Despite the promise of the title (and the window of optimism for a post-Gaddafi Libya that infused the time of Matar’s visit in 2012), The Return is ultimately about its impossibility, something all the more devastating if you never fully left. After a lifetime as a Libyan in London, The Return reveals a Hisham Matar who turns out to be British. In one of the most cutting exchanges in the book, David Miliband “placed his hand on my shoulder”:

Was he patronizing me? Perhaps not. Perhaps it was the genuine warm confederacy of a fellow Brit. Or maybe it was the impatient, political, bullying pragmatism of power towards a person of mixed identities, a man whose preoccupations do not fit neatly inside the borders of one country, and so perhaps what Miliband was really saying was, “Come on, you’re British now; forget about Libya.

There is no love lost between Matar and the UK Labour party that embraced and helped to rehabilitate Gaddafi’s reputation, in the waning years of his regime—and some of the best parts of the book are Matar’s long campaign against this rehabilitation—but it can be easy to miss the unambiguous “Yes” with which Matar answers the question. His return to Libya is not the return of a lost son, but the return that confirms the impossibility of return: after a lifetime of Libyan exile in Britain, his return to Libya finds him a stranger, fatherless in his fatherland. He is as British in Libya as he is Libyan in the UK; for such a person, return is not the end of exile, but the confirmation of its permanence.

In this way, the book is the funeral oration for a father who was a proud and unambiguous patriot—who was born, lived, and died in Libya—and part of what Matar lost with his father was the pride that was his father’s most salient feature, the lost nationalism and refusal to bend of a generation that was killed by Gaddafi, and which is not recovered. Burying his father means turning the page on a light that was snuffed out, on a generation’s postcolonial dreams—which The Return lovingly dwells on—that never came to fruition.

And yet, this is not pessimism, not despair, and not surrender; elsewhere, Matar has spoken of the Arab revolt of 2011—across the region—as the recovery of pride and self-determination (whatever the short term outcome). 2011 was the beginning of something, and the beginning has not yet ended. And so, for all the sadness and grief of a memoir of a father that was never found, who can only have died in 1996, The Return is about a legacy of grief lifting. Funerals do not heal grief, but they do, at last, end. The Return is a funeral, an old repetitive story that ends, and about the promise that soon, someday, there will be something novel. Funerals are where patriotism burns away, when what is left behind is love, and a willingness to live again, after grief.

Aaron Bady is a writer and recovering academic in Oakland, CA. Check out aaronbady.com and follow him on Twitter @zunguzungu.