How Do You Imagine Africa? 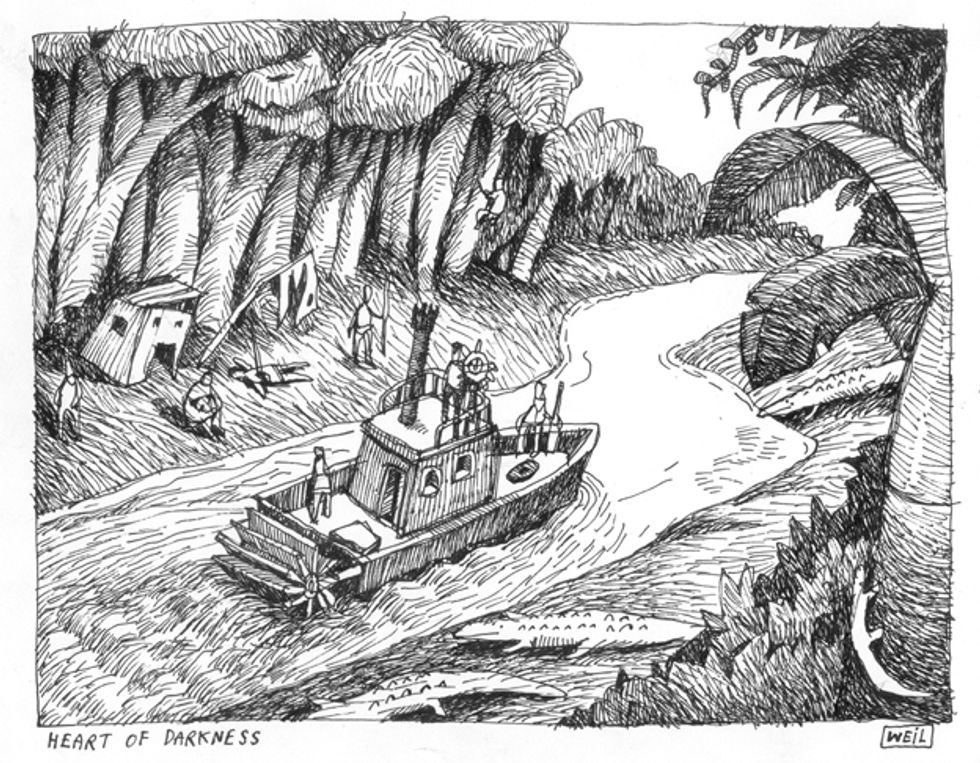 On the blog Brittle Paper, doctoral student Ainehi Edoro takes us through the imagined Africas of some of the most popular "Africa" writers: Joseph Conrad, Chinua Achebe, and the German philosopher Hegel.

Edoro says of Hegel: "When he said that Africa was a savage place, he was way out of his depth. He had in mind a weird mix of things he’d read about Africa from Herodotus to Pliny to medieval travel stories, 16th century encyclopedias, and some very shady anthropological studies of his day."

Of Conrad's Heart of Darkness: "In the novel, Africa is one long and snakelike river and Africans do nothing but get sick, babble nonsense, and eat people. Conrad, though, didn’t dream up this image of Africans. There had always been a tradition of writings about Africa that extended to Hegel and before. Conrad simply tweaked this received tradition to his own purposes, which Conrad’s apologists have argued were well-meaning."

and of course, of Achebe's Things Fall Apart Edoro says: "...whether his novel was meant to be a diss on imperialism and not Africa, or wether his political efforts were cutting edge for its time. Achebe was just pissed that the same stories of Africans as naked and babbling cannibals were still being circulated after hundreds of years and after a good amount of discoveries had been made about Africa’s past. He wanted to prove that these people were wrong about Africa."

The legacy these writers and many others have left on representations of Africa is something we navigate through everyday at Okayafrica. We like Edoro's story because it doesn't assume that Africa should be represented as wholly good or bad, and it begs the question: "How do you imagine Africa?"  Click HERE for the full story.