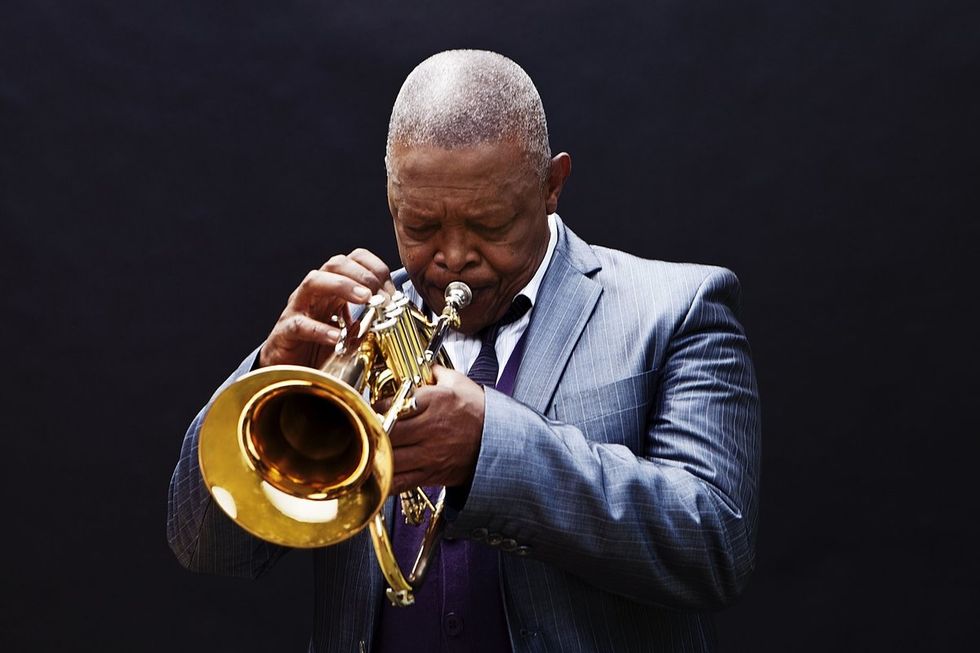 South African jazz legend, Hugh Masekela, also known as Bra Hugh, has died after a battle with prostate cancer. He passed away Tuesday in Johannesburg.

In October last year, the jazz legend cancelled all his gigs and other commitments "so that I may rest and heal."

In December, he was reported to be recovering. His manager Josh Georgiou said in a statement, "He's in a good state. He is fighting. He is doing good."

This morning the artist was reported dead. He was 78.

In a statement to the Guardian, his family said: "A loving father, brother, grandfather and friend, our hearts beat with a profound loss. Hugh's global and activist contribution to and participation in the areas of music, theatre and the arts in general is contained in the minds and memories of millions across six continents."

Tributes have since been pouring in.

Rest Well Bra Hugh....Thanks for being Excellent, Fearless and Unapologetically Black!!! 💔
A post shared by blitzambassador (@blitzambassador) on Jan 23, 2018 at 1:53am PST

“Usually when people talk about jazz, they just talk about the musicians. But that first group of people [who] came out of New Orleans actually civilised the world. And out of that came all the genres. If it wasn't for them, you wouldn't be Mr. Kotini!"https://t.co/dMqVM8Vcuz
— Tseliso Monaheng (@nemesisinc) 23 January 2018

I'm geniunely touched at the passing of bra Hugh. So many childhood memories of a saturday morning with bo malume chilling under moriti wa setlhare blasting his music
— Ke nna (@KeTshego_) 23 January 2018

South Africa mourns the loss of one of it's favourite sons. After a battle with prostate cancer, Bra Hugh may have passed on but his legend will live forever. Rest in POWER✊ pic.twitter.com/2v86jD6a5R
— POWER 98.7 (@Powerfm987) 23 January 2018

It was Thanayi that really hit me and got me on the road to a spiritual transformation and a love affair with your discography that never seized. Thank you for everything, as they say hey hey, my my. Rock and roll can never die. pic.twitter.com/6PbnMt06sr
— /////////////////////// (@SihleMthembuZA) 23 January 2018