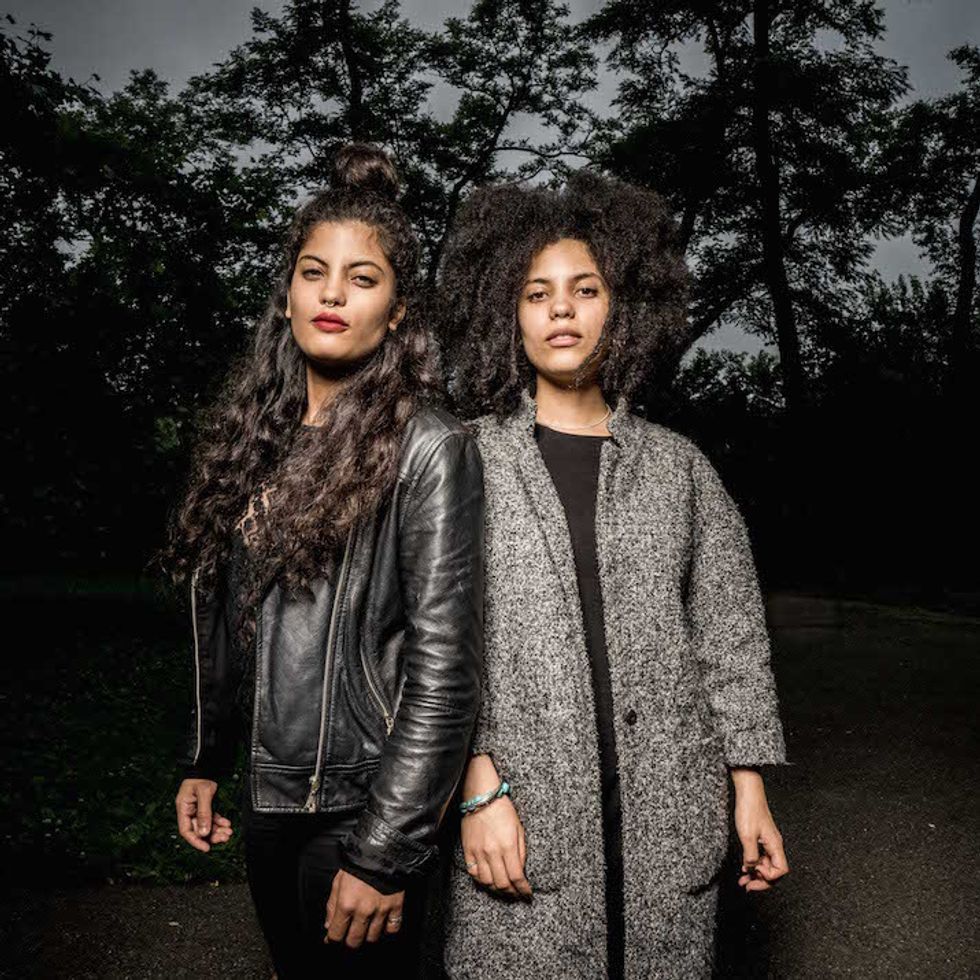 Photo by Oluwaseye for Okayafrica.

Ibeyi’s “Stranger / Lover” gets treated to an infectious 're-fix' by none other than famed British producer Mark Ronson. The multi-instrumentalist completely reshapes the song, transforming it from a jazz-tinged, soul anthem to an 80s inspired funk tune infused with pulsating electric guitar riffs, synthesized drum kicks, and resounding R&B vocals. “I’ve never worked so closely with an artist when doing a remix before," Ronson says in an interview with The Fader. His additions give the song an entirely different feel, but the twins’ soothingly honeyed vocals still shine through.

The French-Cuban duo also spoke with The Fader recently about their reaction to Beyoncé using their song “River” in an Instagram video and the spirituality in their music. “I think spirituality is just about the moment—being in the moment. Not in the future or the past but right now. Art is about that. It's about how you feel in that instant. The words that you're saying at the second you're saying them. This movement, this way you breathe. The moment when the pencil touches the paper” mentions Ibeyi's Lisa-Kaindé Díaz.

Listen to Mark Ronson’s groovy reworking of Ibeyi’s “Stranger / Lover” and revisit the twins’ evocative music video for the single below.