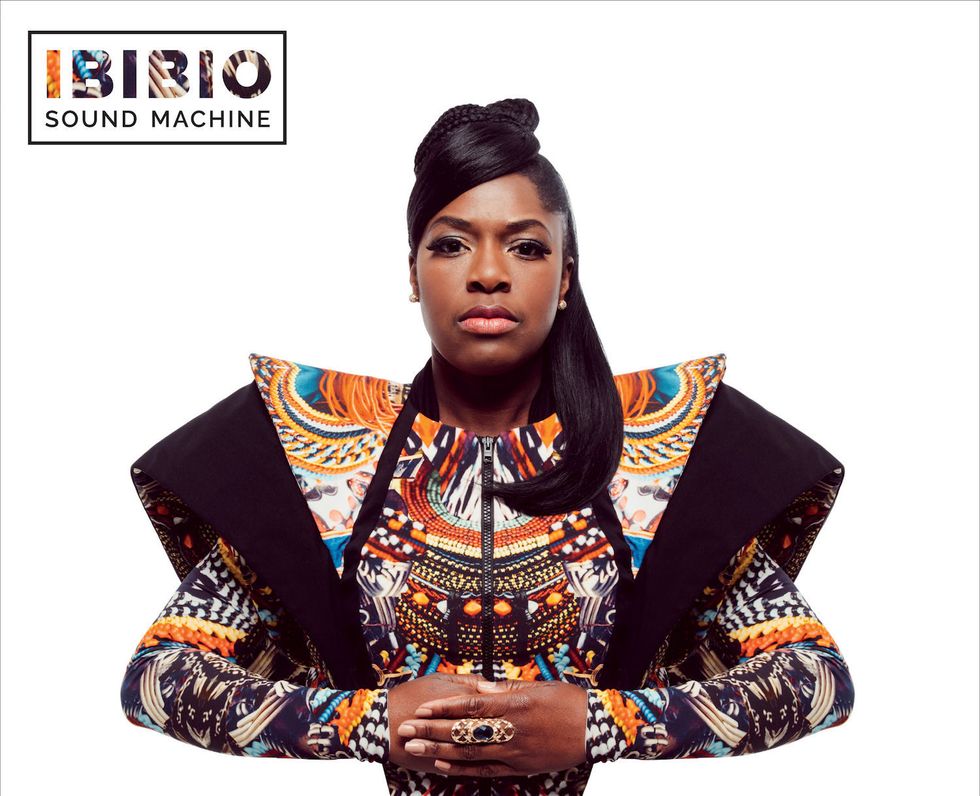 On their second album, 'Uyai,' Ibibio Sound Machine expand on their unique fusion of British electronica and Nigerian dance pop.

On their second full-length album, Uyai, London ensemble Ibibio Sound Machine take an ambitious leap forward with a new batch of tracks that expand on their unique fusion of British electronica and Nigerian dance pop.

Frontwoman Eno Williams lends more star power to the group’s collective sound, sourcing the inexhaustible energy of R&B and big band icons Janet Jackson, Celia Cruz and the late great Sharon Jones. She’s at her most indomitable on the album’s lead single and incendiary opening number, “Give Me A Reason.”

As with the much of Uyai, save for a few intermittent English hooks, this massively fun, 80s-homaging electro-pop jam is sung in Williams’ native Ibibio language, a creative choice that consciously obscures the dark message at its core.

“Give Me A Reason,” was written about the 2014 abduction of 276 schoolgirls in the Nigerian town of Chibok. Allegedly orchestrated by Islamic extremists opposed to Western lifestyles such as the education of women, 196 of those girls remain missing to this day.

The indirect reference points to an underlying theme of power and empowerment throughout Uyai, which translates to “beauty” in Ibibio. “Why should girls be denied the right to education,” Eno stated in the album’s press release, “And why should people in general not be free to be who they want to be in their life?”

That sense of liberation makes itself known through the band’s willingness to experiment, offering up a textured and complex collection of songs that builds on the uniform funk of their first LP.

You can hear it on fat house beats of “The Chant (Iquo Isang),” which samples the Cameroonian Makossa classic “Zangaléwa” by the Golden Sounds. Elsewhere the influence comes through on techno-heavy Krautrockian cuts “The Pot Is On Fire” and “Joy (Idaresit).”

Those fiery, adrenaline-rushing tracks ultimately give way to more subdued songs like “Lullaby,” “Cry (Eyed),” and “Quiet,” offering moments of reflection and meditation between the terrific intensity that defines the rest of the album.