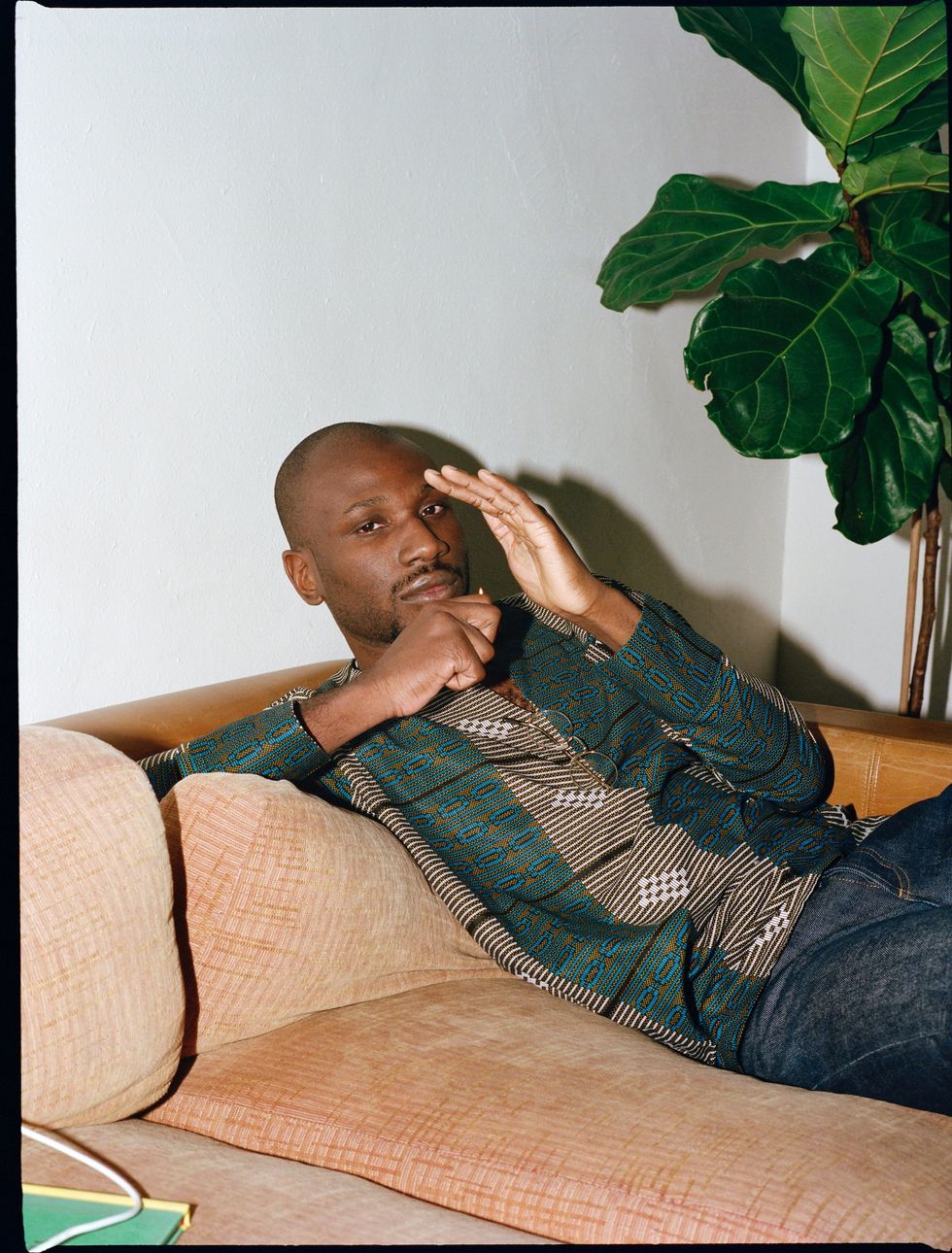 The Nigerian-American visual artist speaks further on his influences, his experience working with Childish Gambino, writing for 'Atlanta' and more.

Ibra Ake is a Nigerian-American visual artist, creative director and writer based in Los Angeles, California. Living in cities around the world from Lagos to New York has played a major role in his unique approach to visual art.

From shooting covers of magazines to being the creative director for artist's like Childish Gambino as well as writing on the hit show Atlanta, Ake is no stranger to expressing himself through different mediums. Having been introduced to art through animation and drawing, he later picked up photography through a class in art school before he decided to leave, and go into creating full time.

While Ibra has spent most of his life in America, he credits his Nigerian upbringing for allowing him to understand the value of documentation and storytelling. "Every time I'm looking for a picture of Nigeria in the 70s, I'm never like, 'let me check National Geographic.' I'm always like, 'What pictures did my parents take?' It's always true to their eye and what is important to them, which is definitely a different value, but I think there's something very authentic about that," he says. Although growing up in a Nigerian household can breed pressure for many artists, Ibra saw opportunity beyond traditional spaces and knew creating was something he wanted to invest in from an early age.

"I went to school originally for animation, flat dropped out, but I used to watch a lot of cartoons as inspiration. And my pops—probably more than my mom—encouraged me to draw," Ake says. "I think even a lot of Disney movies were super influential on me. I was consuming images pretty intensely at an early age and that's how it began. My dad was a big movie buff and had good taste, which influenced my taste in film. I was watching Casablanca, Marx Brothers movies, and Paul Newman movies, and I had a lot of weird mixture of references from him, so I just remember watching stuff that was way before my time."

After leaving school and working a full time office job, Ibra was a freelance photographer and landed a gig to shoot Childish Gambino while he was still a rising artist. Although Gambino was expecting the photographer to look like most he had encountered, Ibra was a pleasant surprise to him. "I took his picture and he was like, 'Shit, I thought you were going to be a white guy,' which was funny to me," Ake says. "After the shoot we became friends and we just bounced ideas creatively back and forth. I would do photography and design stuff, and we just kept in touch and that led to going on tour and working. Then as he got bigger, stuff just got a lot crazier."

Since meeting, the two have collaborated countless times from album covers, music videos, creative direction, production and screenwriting. This exposed him to the power of teamwork, persistence and believing in the people around you. "We've had good teachers and we've also just believed in each other. I've always thought Donald was the funniest person," he says. "We're super critical, but not just critical for [being] critical—we're super analytical in everything and I think we're pretty funny people. I think it was just about putting the steps into place and letting the universe present that for us. We've made jokes and things, but at the core of it, I think we're just writing what we observe with good taste and good restraint."

SZA on the set of 'This Is America." Photo by Ibra Ake, courtesy of the artist.

For him, creating is more than just storytelling, but also identity and politics. This is a major driver in projects he's been involved in, such as music videos including "This is America" and even personal photo projects he's shot in Nigeria, Cuba and more countries around the world. "With 'This is America,' for example, It's fun to see the reaction because the distribution is so large; it's so weird to see your ideas disperse on such a large format," he says, "but then again it's kind of crippling sometimes, because everything feels super high stakes. I think we've learned a lot. I think the whole experience has been not normal for sure. I don't want everyone to think what happened is a normal career move. It's been very affirming just to see your ideas, especially in the first time, work out because none of that is the norm. We want to make sure that we're learning constantly and that's important to us."

While Ake's been able to see success in creative spaces and expose new narratives, he understands that growing up in America has given him both privilege and responsibility. One of his goals is to make sure young African creatives are educated not just on the craft but also the value of ownership and importance of exposing honest narratives. "It's been great to see that with cell technology I'm more connected than ever and there are so many amazing stories being told, I can't even keep up," he says.

"And I'm glad the barrier to entry has finally lowered and I think that has been super important and just exciting personally. I think my biggest concern really is just making sure that ownership is still coming from us. If I'm naming some of the most famous contemporary African work in photography, for example, there are actually a lot of white South Africans. I want to make a genuine push to fund and support artists through successes and failures. I think that is my biggest concern because I have already known these trends to lift the face without understanding the culture. I think we are doing a good job of finding the real ones and with time there will be a boom of young ideas and young people popping here and there."

Ake's goal is to use both his work and resources to further push the envelope and inspire young artists to also be true to themselves. He recognizes that the future of the next generation relies on what we do now. "I want this for my kids one day. This is the world I wish I grew up in. Those people influence us. It's a big circle and I can't wait to see what I can make," he says. "[After] watching Black Panther, I realized it's easier for me to tell an African story to the world now because those flood gates are coming down—I'm just excited of what the earth looks like after everything floods the market."