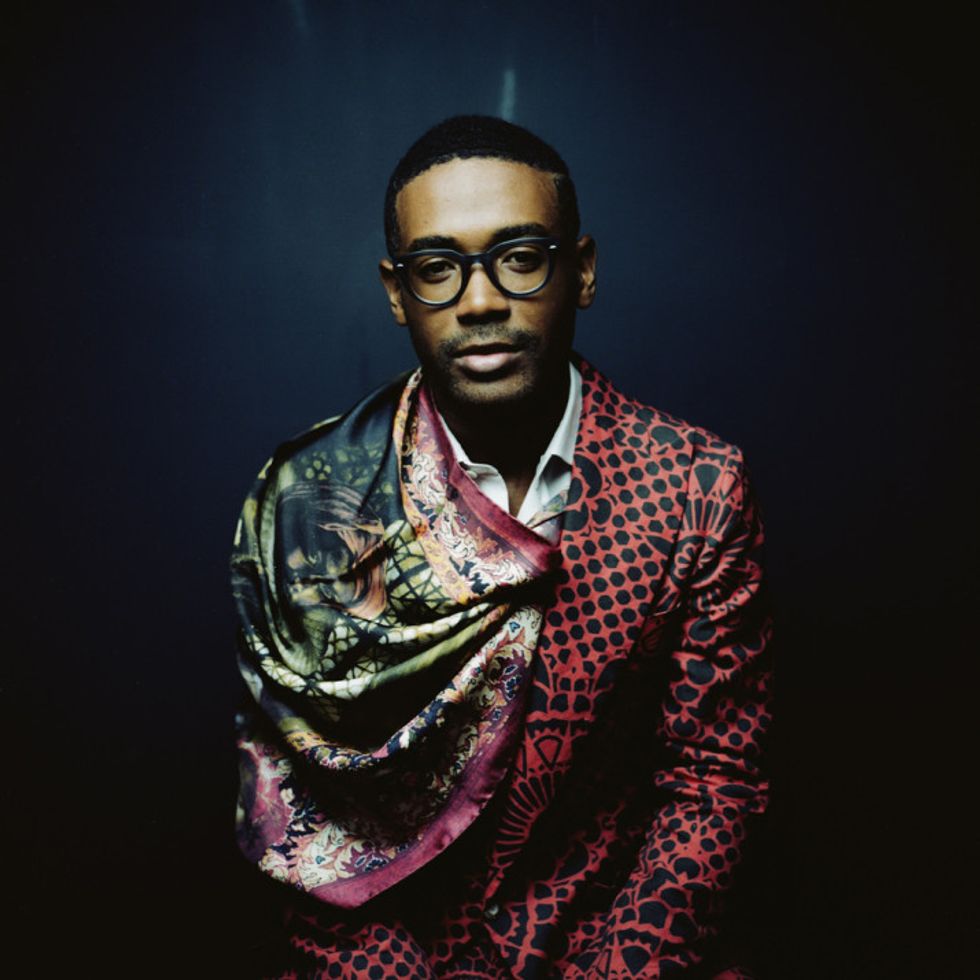 Ikiré Jones is a Philadelphia-based menswear brand dedicated to making carefully tailored West African-inspired clothing with a focus on storytelling and political context. For their Spring/Summer 2016 collection, …& Other Stories By Our Stolen Children, the label showcases a striking mix of high-end tailoring and casual streetwear with intricate patterns, artful textiles and colorful scarves.

"The collection pays homage to African children all over the world whose lives were tragically shortened by domestic terrorism, disease and by the perils of migration," the brand's Nigerian-born creative director Walé Oyéjidé explained in an email. The designer added that the collection's array of Renaissance-era tapestry-styled silk scarves featuring people of color intends to offer social commentary on Western perceptions of Africa.

Accompanying the collection is a short story on the Ikiré Jones website:

"The youngest of us were forcefully taken from our classrooms. Spirited away by ideologues who believed only in what they could wrench from the praying hands of people who sought peace. Elsewhere. When the virus swept through our town, it dragged us from the embraces of our mothers' arms, and into the sterile sadness of hospital wards that could not conceal us from the dark. Meanwhile, at the edges the Mediterranean, some of us were washed-up on the shores. Separated from homes that were miles across the desert. Separated from families that were miles beneath the waves.

We are the children of migration. Some of us were the victims of cruel circumstance and crueler men. Many of us were taken before our time.

But we are here. And from beyond the skies, our voices will guide you, if you listen. As we forever sing."

In a short film that also debuted this week, New York-based filmmaker Jason Harper documents the story of Ikiré Jones as told by its founders, Oyéjidé and the brand's head tailor Sam Hubler. "The brainchild of two first-generation children from Nigeria and Cambodia. A tale of history and rebellion. An Afro-futurist take on the modern suit," reads a description accompanying the video.

"It's really just a method of storytelling through clothing," Oyéjidé says in the film. "It exists because there's a void... Kind of a love letter to my past - clothes that were inspired by Africa but shaped by European tailoring."

Watch History & Rebellion: The Tale Of Ikiré Jones below. See above for photos from Ikiré Jones' SS16 …& Other Stories By Our Stolen Children, shot by Rog Walker. View the entire collection via ikirejones.com.