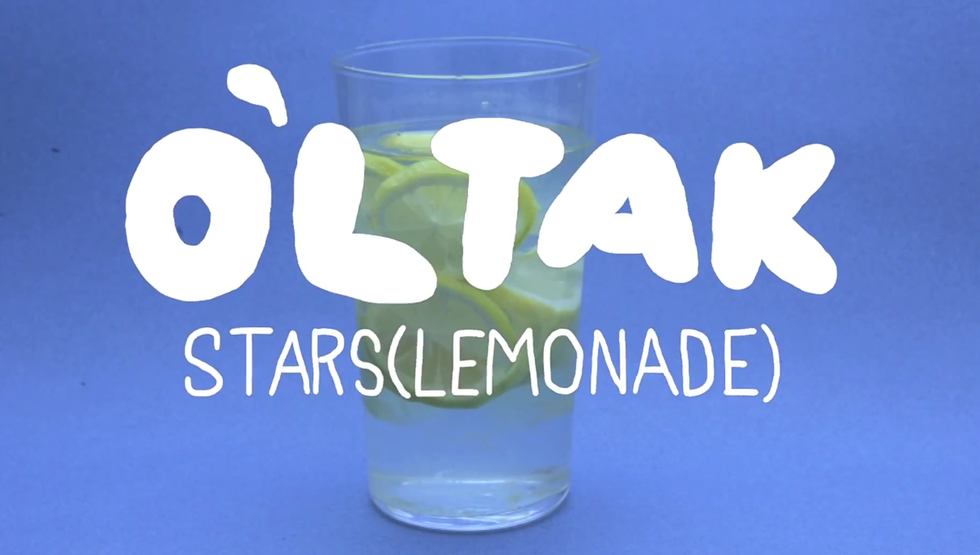 A hydra of a creative force, South African media company naas is a multidisciplinary group of individuals intent on exploiting the many benefits of collaboration. The brainchild of Cape Town based uber-creatives Ian McNair, Thor Rixon, Matt Rightford and Imraan Christian, naas will cater to any a creative need — whether it be in the medium of cinematography, music production, furniture and clothing design, sound engineering and radio shows — pristinely prepped and packaged with a cheeky and fresh attitude like no other. This past week has been one of their busiest, with some smashing new releases, including well loved Botswana beat-genius O’ltak’s first ever music video entitled "Stars (Lemonade)," and Daniel Breiter aka Fun Toy’s self-titled debut EP. Okayafrica got in touch with co-founders Rixon and McNair, along with Breiter to talk music, selling one’s soul to the media, and some of naas’ other fun new toys.

Shiba for OKA: Greets! So let’s get acquainted. What, who, where and why is naas?

naas: naas is a Cape Town-based creative collaborative agency. Instead of being inward-looking on our own skills and passions, we look outward and involve different people on each project we do. We would be nothing without Patrick Visser, Tourmaline Berg, Angela Weickl or any of the other amazing creative souls that we’ve worked with on any of our projects. We consist of naasFILMS, naasMUSIC, naasEVENTS, naasDESIGN, naasPHOTOGRAPHY, naasMONDAYS and naasCOLLABS (for now…). We started the collaborative because we saw the beautiful, rich and important work being done by the people we were surrounded by and there was no space for everyone to be freelance (which is a costly and risky exercise) as well as belong to a greater family/organisation (which can amount to selling your soul to make somebody else rich).

OKA: From all the disciplines you guys dabble in, what would you say separates naas from any other creative company?

naas: What separates us is the ‘why.' We feel collectively, that the only way to be relevant or to do anything important is to support the people we work with and create a culture of working together to build the different creative industries we engage in. We believe in building a platform that people can contribute to and benefit from. The reason we want to do this is to be a positive contribution to the growth of Cape Town’s current rising interaction with the world. We’re at an important time where authentic Cape Townian creative output is being noticed and celebrated worldwide.

OKA: Clearly you all have been very busy of late; let’s start off with O'ltak’s "Stars." It’s playful, dynamic, and the track is killer, as many have come to expect from him. What inspired the use of the objects in the video? Can you walk us through the process of creating it?

naas: In the spirit of collaboration, Thor, as head of naasFILMS, approached two talented and exciting individuals, Kent Andreasen and Johnno Mellish, to create a music video for O’ltak, a seriously skilled and cutting edge producer from Botswana. After the three of them spitballed a whole bunch of ideas, it came to the point where they wanted to demonstrate that inanimate objects can interact with each other in fun and intriguing ways. The only human elements present in the video are highly dehumanised objects, like the painted hand and the girl bouncing around the frame like a Windows 95 screensaver. For the VFX, the team approached Ben Rausch to put his glorious touch on the video. He was more than happy to be involved and, in our opinion, really made the project become richer and multidimensional.

OKA: The Fun Toy EP has also just dropped under naasMUSIC. Tell us what it was like working with Daniel.

naas: Daniel has never sat in one position for more than 6 minutes, as far as we can tell. He’s nuts, but that’s what we like about him. His EP is some ground-breaking production, or as Dank put it, ‘This shit is future.’ We like to release artists who show some kind of boundary-pushing, such as Throwing Shade’s ‘lovestep’ style of re-imagining of R&B themes, or Life Magic’s beyond-his-years production style, or RVWR’s straight-up-and-down TRVP genius, or even our very own Thor Rixon’s collaborative part-album, Shared Folder, which features many of Cape Town’s shining young lights of music.

naas: Definitely. In terms of what has impressed us in the last year, we have been particularly taken by electronic artists who have chosen to perform their productions live and also those who have tried to push the boundaries of rhythm and sampled melodies, such as Dank, O’ltak, Fun Toy, Card On Spokes, and most impressively, SLABOFMISUSE.

OKA: Daniel has released numerous tracks over time but never something he could pull together with pride as one solid contribution-- until now. Fun Toy EP is a collection of delicious tracks that are warm and refreshing, and each track is accompanied by JNN KPN’s paper art with an individual image for each track.

DB: I wanted to create something that would say "This is Fun Toy, and this what I do." I tried to hold back from producing a bit over the last few months. I didn’t want to just create out of habit. I wanted to write something with intent, and a more meaning than 'Just another song'. Now that I that I’ve said that, I feel more comfortable exploring stranger, different directions, and creating with more purpose... Jnn Kpn is a good friend of mine (and great DJ). She's a full time graphic designer, and had done some work I loved in the past. So we got together on the Saturday before my release, and spent the night thinking up scenarios to throw the hamster in, and went for it. It was super quick and fun. She's got amazing sensibilities. It was a pleasure. I really dig "Triangulength" and "To Rebuild a Home." I really love the emotive quality of both of them, which is really what I'm all about. Pretty, emotive music. If I can manage that, I’m happy. Thats kinda what I love about sampling and remixing. The original song was important to you in some way, and invoked some sort of feeling in you. I love taking that feeling, and placing it in a new, different context. Ross Finck (Dank) also really brought the tracks to life with his mastering, and wouldn’t feel the same without his touch. As for what the original actually means to me, I really just think it's a beautiful song. Simple and deeply emotive.