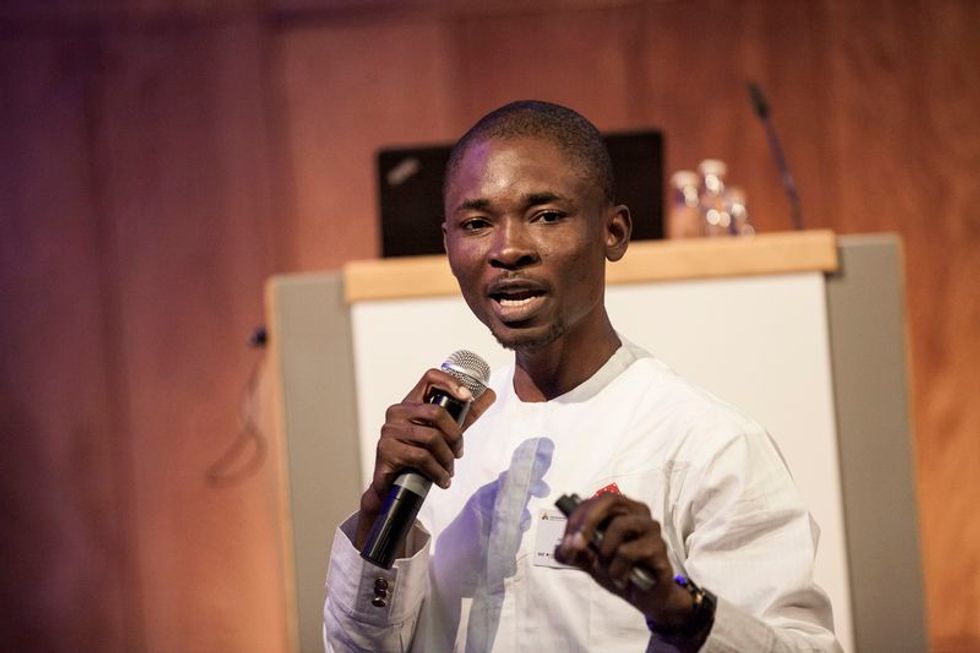 In the lead-up to the September 23rd panel on Millennial Factivism at the UN, OKA spoke with Nigerian activist Japheth Omojuwa.

On Monday September 23rd we'll be joining ONE, Transparency International, and the United Nations Millennium Challenge in presenting an interactive conversation on people-powered, technology-facilitated activism (Millennial Factivism). In the lead-up to the event we've been getting to know the panel. Below we speak with Nigerian socioeconomic/political activist and blogger Japheth Omojuwa, editor of economic platform African Liberty as well as founder/curator of Nigeria's Omojuwa site.

OKA: What issues are you most interested in seeing the upcoming General Assembly take up?

Japheth Omojuwa: That has to be youth unemployment! Apart from being a challenge in my country and continent, I have since realized it is a global phenomenon. World leaders must look to work out a solution to the menace of youth unemployment and underemployment before the consequences of inaction hit us hard. Of course I know issues of what countries to invade or not to invade and the Middle East will top the agenda.

OKA: In terms of activism, do you have a specific action you could recommend that our readers take on? For example, is there something we all can be doing in our every day lives that could have a social impact?

JO: Certainly! I think considering the fact that despite what a lot of people want me to believe, I remain a regular citizen. Activism should not be a job for a select few; it should be part of our citizenship responsibility. We have a role to play in the quest for better societies and if we relinquish that responsibility to a few people in the guise of calling them activists, we’d not do as much as we will if we all work together to make demands on our governments and societies. Social media has deregulated citizenship responsibility. With social media accounts, we all can report on the successes and failings of government departments and on our public office holders. We can collectively focus on certain issues and bring issues to bear. Nigerians on social media have done this a lot of times in the past 2 years or so and the #SaveBagega project is a pointer to what everyday citizens like myself can do if we all decide change is not a solution in the hands of other people, it is our collective responsibility.

OKA: What was the most effective (if any) instance where music influenced politics, or of music + activism? And secondly, who is your current favorite musical artist?

JO: Without a doubt that’d be Fela Kuti’s music. His music had many dimensions to it but his legend depends mostly on what he used his music to do and say. Fela’s music brought about a consciousness in the common man that was never there. It worked because it was not a one-off effort, his music was his activism the way lawyers use their profession as their activism same way for bloggers, writers, sports men, actors, photographers etc. My current favourite musical artiste is a one or two weeks phenomenon because that changes too quickly but at the moment I am listening to a lot of Peter Fox just to initiate myself into the German music mentality.

OKA: What new developments – policy-wise, technological, or other – are you most excited about vis–a–via Africa as a continent, or your country in specific?

JO: Developments in mobile money excite me. It would be the most critical disincentive to corruption in Nigeria and Africa. Average human beings will do the worst of evils if they know they will get away with it and with big corruption not getting punished by leaders of governments, it helps that global financial institutions can see the flow of money in real time and identify the sources and targets. The war against terror necessitated improvements in this technology but I think it would increasingly serve the purpose of drastically reducing corruption in the world but most critically Africa and Nigeria.

Join us this Monday 9/23 at the UN. For more from Japheth check out his essay on factivism via the ONE Campaign.