Is George Weah President of Liberia Yet? 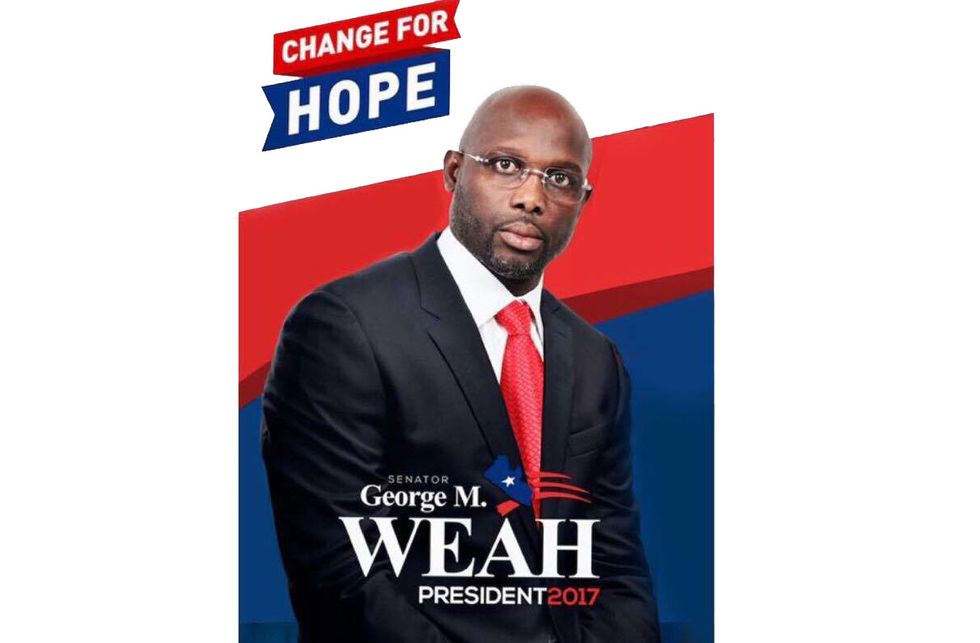 The former FIFA World Player of the Year is the frontrunner in the Liberian elections which took place Tuesday.

While social media is awash in rumors that international football star George Weah has won the Liberian presidency, there has not, at time of writing been any official announcement from Liberia's National Election Commission. In fact, it is highly unlikely, given the huge field of candidates for this year's vote, that any candidate was able to get 50 percent of the vote needed to become president—a result that would prompt a runoff election for later this month.

Liberians gathered at the polls on Monday to choose the successor to Africa's first elected female president, Ellen Johnson Sirleaf. They had 20 total candidates to choose from. The main contenders were former footballer George Weah, who has run twice before and current vice president, Joseph Boakai, who was not publicly backed by Sirleaf.

Even Arsenal football club manager Arsene Wenger—Weah's former coach—congratulated him on his victory.

AW: I'd like to congratulate my former player George Weah on becoming president of Liberia. It's not often your ex-player becomes president! pic.twitter.com/qlpSUD9YBi
— The Arsenal (@DareToWenger) October 12, 2017

While the National Election Commission has announced that local vote tallying is finished, the official election results have not yet been announced. The Liberty Party, represented by candidate Charles Brumskine, reported fraud and irregularities during voting, while the African Union and ECOWAS commended the country for carrying out what they consider a peaceful election.

In order to win, one candidate has to receive more than 50 percent of the vote. It's likely that a run-off will occur between the top two candidates.