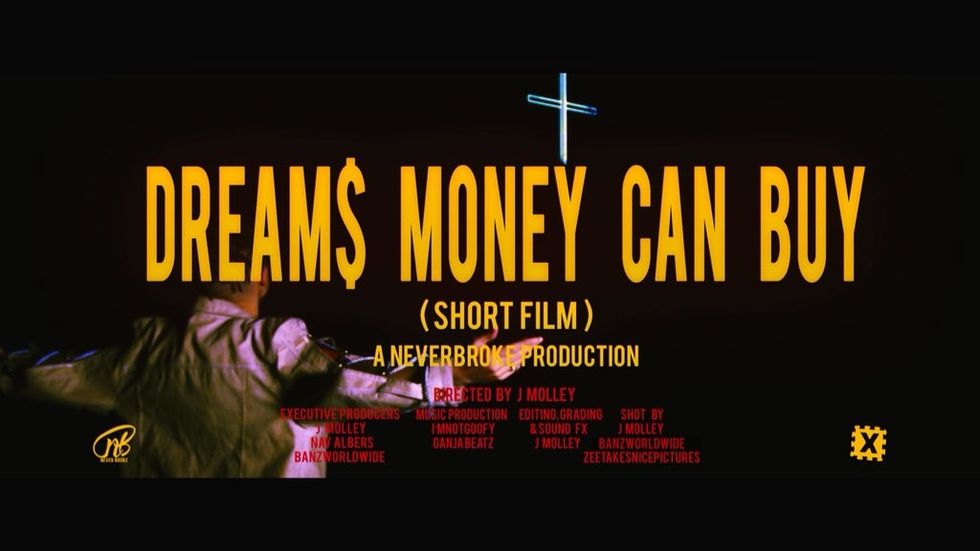 South African rapper and singer J Molley's short film, Dreams Money Can Buy is a visual portrayal of his 2017 EP of the same name.

In the film, the artist goes through different moods, just like he does in his music. Early in the film he's in a hospital, he can be seen aiming a gun at his head and at a mirror, and taking a walk in a graveyard. He's clearly in a sunken place.

Then later on, you can see his light side, as he hangs up with his goons, and then he's alone again, panting, he's back in the sunken place once again.

Towards the end of the film, you can see him in studio with veteran producer PH, who he worked with, among other producers, on Dreams Money Can Buy, the EP.

The film is dark, and gets a bit spooky at times, by way of dark shots with the spotlight shining only on the subject.

Watch Dreams Money Can Buy (Short Film) below, and revisit the EP underneath.