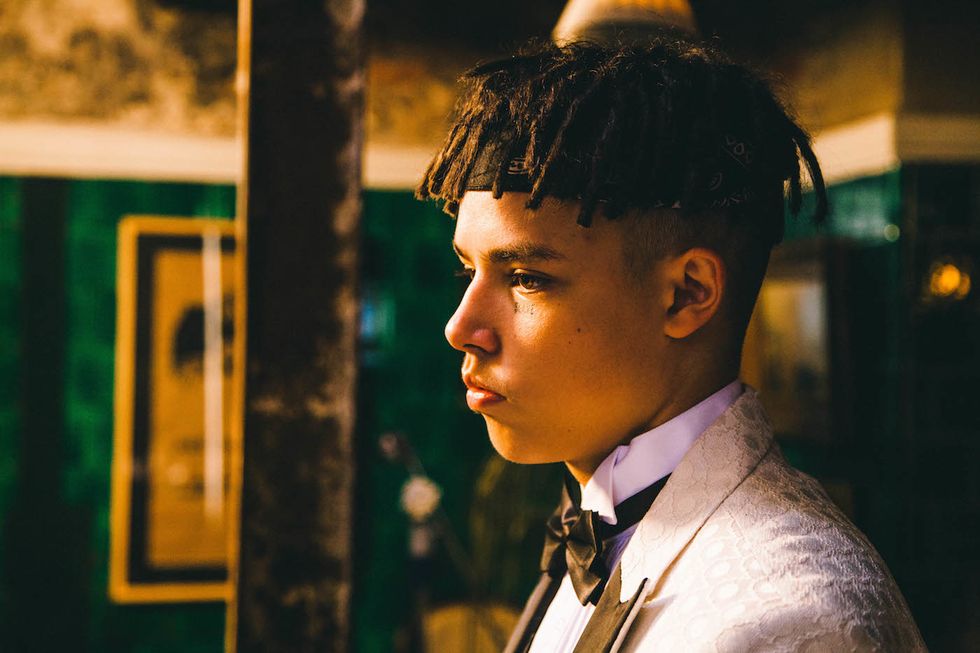 Up-and-coming South African hip-hop artist J Molley is onto something. The singer/rapper is mean with the pen and has an ear for beats which allow his ethereal digitally enhanced vocals to feel at home.

His 2017 EP Dreams Money Can Buy revealed a young man who's as troubled as he is confident and adamant to make a name for himself. Songs like "Sinister/ Paranoia" and "Suicidal Thoughts" showed the artist's vulnerable side, as he spoke about his mental illness, while tracks like "200 On My Wrist" and "Dreams Money Can Buy" were laden with rapperly bravado and egomania.

His latest EP/playlist, aptly titled Leader of the Wave, builds upon where songs like "200 On MY Wrist," "Dreams Money Can Buy" and "Seven Bottles" left off.

J Molley has managed to build a solid fanbase online, amassing hundreds of thousands of SoundCloud plays. He is at the forefront of the new wave of South African hip-hop. He recently appeared alongside SA rap veterans, Stogie T, Kwesta and Maggz on the single "Pretty Flowers." Last year, he appeared on songs by DJ Speedsta and DJ Capital. He has performed at events such as Capsule Festival and Nasty C's Strings and Bling Live concert.

On Leader of the Wave, J Molley goes for the kill. He is here to let you know that he runs this shit, and doesn't need anyone's approval. He croons, "You can say I'm whack, I don't give a shit/ Got your yearly income on my wrist/ My card black, like my bitch/ I know, money that, money this," on the EP's opening song. He further states, "If I don't know you, we can't work/ Just 'cause you famous that don't mean I want your verse."

The 19-year-old artist lets the listener into his life in which he pops molly, ignores DMs, blows 10 000 bucks on a shirt just for a date. "Unless you talking millions, get up out of my face," he croons on "MDMA" alongside fellow rapper Ricco.

"Your girl is in my section sipping 10k/ I fucked her friend inside my room, I made her wait/ Shout out to my whodies, they ain't playing/ Fucking with my team, I'll kill him straight."

On the song "90s," which features PatricKxxLee, he makes his case clear that he raps for the 90s kids, singing, "Diamonds around my fist/ Got rich, tick it off my list/ You ain't from the 90s, bitch/ You can't get up in my whip."

Sonically, Leader of the Wave is trap, consisting of cloudy pads and big basslines that, coupled with his vocals, create a trippy listen, which, I imagine, is representative of J Molley's aura.

Listen to Leader of the Wave below or download it here.