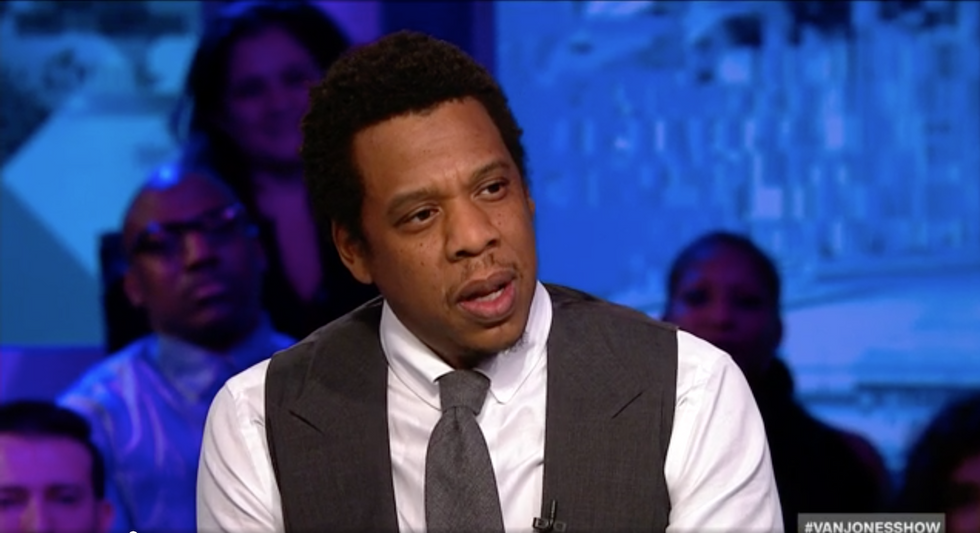 The rapper said the remarks were "disappointing" and "hurtful."

Jay-Z sat down with CNN's Van Jones for an interview on Saturday. Among other things, Hova discussed his family, the #MeToo movement, and of course Donald Trump calling African nations and Haiti "shithole countries."

The rapper said the remarks were "disappointing" and "hurtful."

"Everyone feels anger," Jay-Z said. "After the anger it's really hurtful because he's like looking down on a whole population of people, and you're so misinformed because these places have beautiful people and have beautiful everything. This is the leader of the free world speaking like this."

Hova, just like many of us, was of course not surprised by the president's remarks, and he then went on to talk about closet racists.

"But on the other side," he said, "this has been going on. This is how people talk, this is how they talk behind closed doors."

While commenting on America's ways of quelling racists, he made an analogy with spraying bugs as not eliminating the root of the problem. He referred to Trump as a "superbug."

"Donald Trump is a human being, too," he added. "But somewhere along his lineage, something happened to him, and he's in pain, and he's expressing it in this sort of way."

Read: Your Ideology Is A Shithole

Jay-Z was also asked if Trump were to increase the employment of black people, would he be a good president?

Jay-Z answered: "No, because it's not about money at the end of the day. Money doesn't equate to happiness. That's missing the whole point. You treat people like human beings. That's the main point.

"My problem with government is I think they forget it's real people behind these decisions that they're making–people going through real time in real pain. When you ignore that pain for so long, people act out and want to see something different, and that opens the door to what we're living through now."

Eminem did a diss song about your ass and you didn't say shit. Jay-Z expresses his feelings about your racist comments about Africa and Haiti and you wanna attack him. Black people don't owe you shit. Jobs means nothing when you view as inherently inferior. https://t.co/c0yIctrdyn
— 𝔟ecca🥀 (@MJFinesseLover) 28 January 2018

The US president didn't waste time. He took to Twitter to defend himself against Jay's comments. "Somebody please inform Jay-Z that because of my policies, Black Unemployment has just been reported to be at the LOWEST RATE EVER RECORDED!" he tweeted.

You can watch Jay-Z's full interview with Van Jones below.