Jidenna: "To all my Nigerian brothers and sisters" 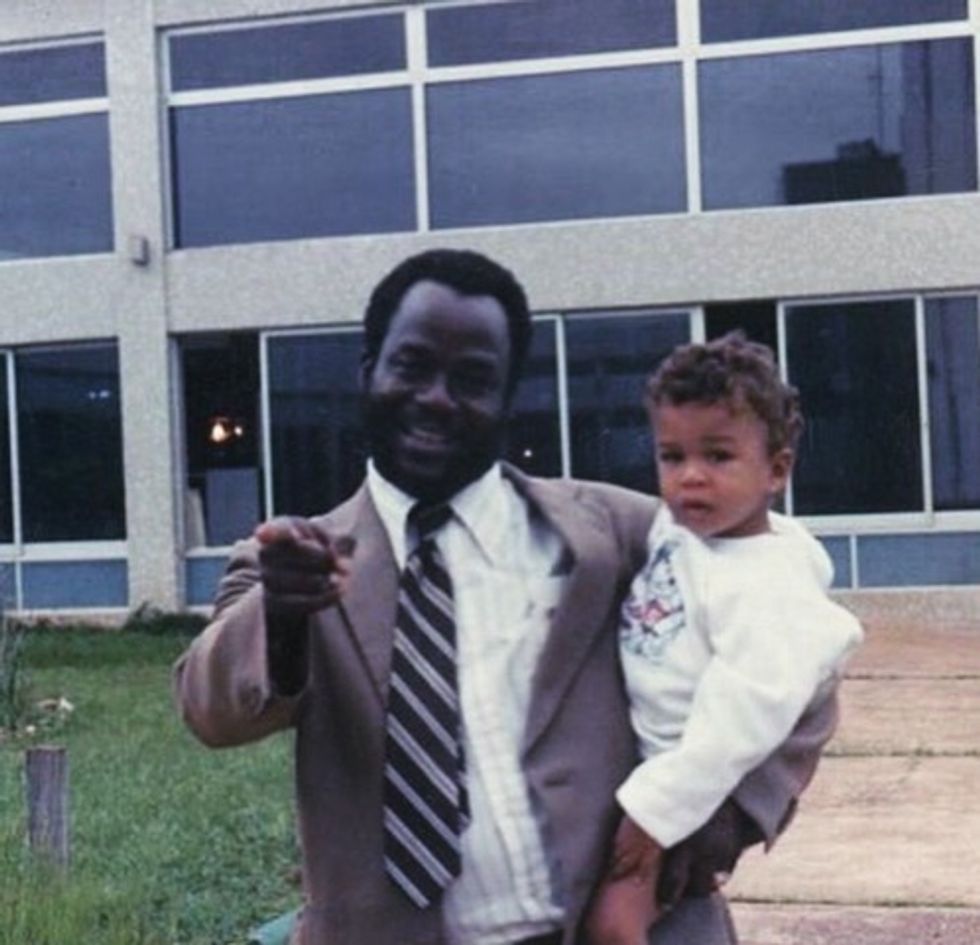 Last week, "Classic Man" emcee Jidenna unexpectedly unleashed a storm on Nigerian Twitter following an interview with the U.S.-based hip-hop video news site Vlad TV. In the clip, posted July 9th, the 30-year-old Nigerian-American musician was asked to respond to how being light-skinned and having a certain texture of hair has affected how he functions within the Black community. Jidenna, who was born in Wisconsin to an American mother and an Igbo father, responded by noting that he's had what he refers to as a very particular type of upbringing in comparison to the "traditional" experience of light-skinned, mixed African-Americans in the states. The artist went on to explain his childhood experience spending time in southeast Nigeria as a light-skinned Igbo-American.

"[Being Igbo] You're away from the city, it means when you go to your village you're the only person, one of the few people that looks like you. In my case, one of the only one's that's light-skinned. Our family was light. Therefore when we go to our village, and when I actually buried my father, I had to bring a lot of AK47s, I had to employ military commandos... Because when you're light skinned, you're a heavier target for being kidnapped... Because you're seen as more valuable. You're seen as white, therefore you have money. You're American, therefore you have more money. If you have more money you're easy to kidnap, and if you're easy to kidnap we're going to get you. So for me being light-skinned in Nigeria, in our family, it was difficult. It was always challenging. We'd be hounded. We were robbed. Our family has been assaulted. We've had a lot of issues, and it's different. You can say this to a family that has a different skin color, or a darker skin tone, they may have these same stories and they may not. But for us we have always been the target, in that country. But when you come to America, it's the opposite. The police may look you over. They may not pull out the gun as fast as they would if you were darker. Point being, I've lived in both kind of worlds. So I don't know if I have the same story as someone who has just lived in this country."

It wasn't long before Nigerians began voicing their opinions on Jidenna's remarks. Some saw his comments as an unfair portrayal of the country. "The one time they ask Jidenna about Nigeria he gives it a negative light," wrote Twitter user @NonnyUzo. There were some who came to Jidenna's defense, like Twitter user @Jessnnecee, who wrote, "So Jidenna's OWN experiences as a light-skinned Igbo is making the whole Nigeria look bad? Somebody can't have personal experiences again?" Davido meanwhile took a more diplomatic approach, tweeting "Let's be Honest NIGERIA ain't the safest place (TRUE) but being 'Light Skinned' doesn't make you a target for kidnappers.ITS ALL LOVE STILL."

Less than a week after the backlash began, Jidenna has penned an open letter addressing some of the comments he made in the Vlad TV interview. The letter, dated July 15th and published on the artist's personal blog earlier today, is written to his "Nigerian brothers and sisters." Read it in full below.

To all my Nigerian brothers and sisters…

I am, always have been, and always will be proud of my Nigerian heritage. I understand the pain and anger caused by some of the comments I made in a recent interview, and I wanted to address you directly. Contrary to popular belief, this interview was not the first in which I mentioned Nigeria. In fact, I’m frequently bragging about how Nigerians attend the world’s most prestigious institutions, and how we are known to produce world class doctors, entrepreneurs, innovators, lawyers, engineers, professors, athletes and artists. Unfortunately, people tend to leave these moments out, and, in this case, highlight stereotypes. I would never do or say anything to intentionally disgrace the legacy of my father nor my fatherland. But to not relay my own story, both the good times and the bad, would be a disservice.

My name is Jidenna, which means “to hold or embrace the father” in Igbo. It was my father who gave me this name and who taught me countless parables, proverbs, and principles that made me the man I am today. These same principles helped me to write the record “Classic Man.” When I brought home a 98 percent on a test, my father would say, “ah ah, where are the other two points? Go and get them, then bring them back.” My father and Nigerian culture has always stood for excellence. While the majority of my childhood memories are beautiful, I also have experienced the challenges that Nigeria has faced since Independence.

When I was 5 years old, my family was robbed at gunpoint, my mother was beaten, family members were kidnapped, and I was shot in my foot. As is the case with all kidnapping, targeting those who are perceived to be wealthy is the objective. In this instance, my father was the target because of his prominence in the community. This was a traumatic experience for my family that would shape our entire lives and our experiences in both Nigeria and America. As a little boy, I swore that I would never let that happen to my family again. As my father often said, “Once you’re bitten by a snake, you‘ll be ready to shoot a lizard!” At the time of my father’s burial 5 years ago, my family in the village was concerned about increased targeting for kidnapping since the rate of abductions had increased dramatically in the area we are from. We were traveling from America, which along with our biracial appearance, had the potential to attract attention and pose a threat to our security. In light of what happened in the past and the tense climate at the time, my family took precautions to ensure our safety. This was not an uncommon protocol at the time. I recognize incidents such as these are not unique to Nigeria or the African continent, and there have been significant improvements in the region since this period.

In the recent interview to which I’ve been referring, I shared my family’s experience traveling from the States back home for the burial. In this interview, I used the term “light-skinned.” When using this term, I was actually referring to my immediate family’s mixed or biracial appearance. See, no matter what language I use to describe my heritage, I’m certain that someone will feel some kind of way. This is a larger discussion not meant for this statement, but certainly derives from our colonial past and postcolonial present, and in the States, from the days of slavery to the present times. My comments about skin tone were related to the notion of perceived wealth and value, not my personal beliefs. My point was never to imply that biracial or “light-skinned” people are the only ones or the most targeted group of people kidnapped, or that I myself was wealthy at the time. Rather than focus on my perceived value, let us continue to focus on the value of Nigeria.

There is no question that Africa is playing a pivotal role in the future of our planet and that Nigeria, with it’s booming economy and burgeoning middle class, is a driving force. I will continue to play my role in the Renaissance taking place in Nigeria and Africa at large. We may not agree on everything, but know my heart is your heart, and my experience is part of our collective experience.