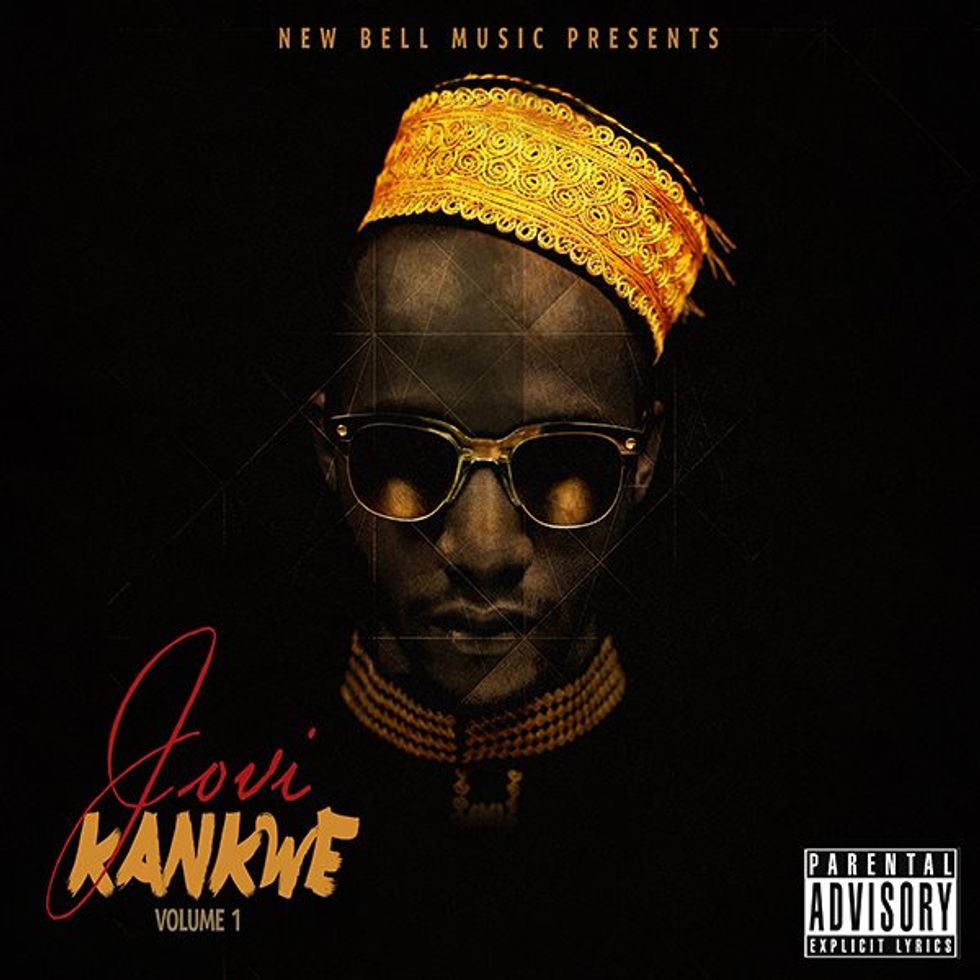 Cameroon's Jovi hit us over the weekend with a fresh batch of electro-backed pidgin rap on Kankwe Vol. 1. The sample-heavy EP, produced entirely by Jovi himself (as his producer alter-ego Le Monstre), includes four new tracks along with its bouncy lead single "B.A.S.T.A.R.D" with fellow New Bell-stress Reni$$. The EP welcomes listeners in with a nostalgic refrain on "Fufu" before segueing into a heavy-hitting fusion of pidgin/English/French that includes the Yeezus-esque dark-rap of "BWAM!". The EP's title is itself a nod to the vernacular behind Jovi's music. According to the folks at New Bell, "'Kankwe' refers to a pre-colonial mindset and style of art-- the creative process in Africa before the influence of colonization." Look out for Jovi donning a style worn in the North of Cameroon on the EP artwork (above). Kankwe Vol. 1, out now via New Bell Music, is the follow up to H.I.V. and a warm-up for Jovi's forthcoming full-length sophomore effort. Stream it in full below.