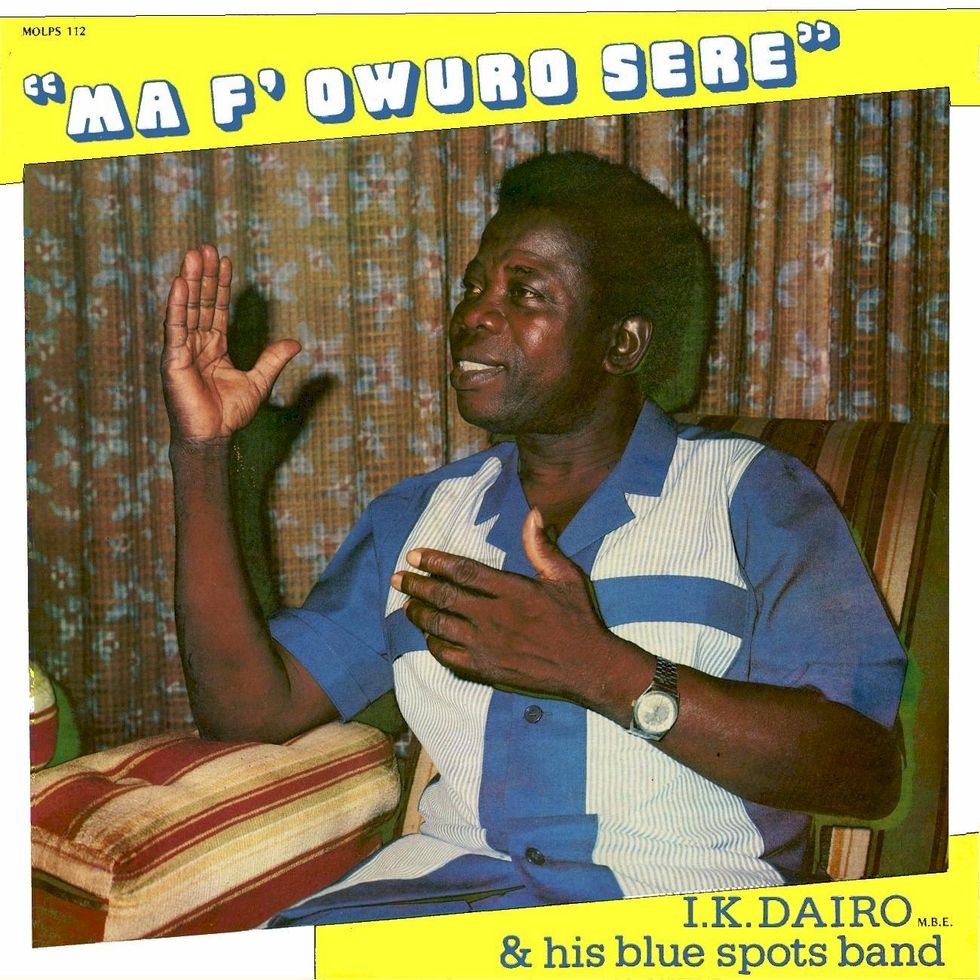 Check out this Nigerian legend

Before King Sunny Adé there was Isaiah Kehinde Dairo. The folk at Likembe put together an excellent piece on a late recording from the "original jùjú king." 1987's Ma F'owuro Sere LP features I.K. Dairo's multiple innovations, such as introducing the accordion to the Nigerian genre. In Likembe's words:

Isaiah Kehinde Dairo (b. January 6, 1931), the son of a carpenter, performed with many of the greats of the Ibadan jùjú scene while working days in a variety of odd jobs. He launched his first professional group, the Morning Star Orchestra, in 1954, changing their name to the Blue Spots in the early '60s. Dairo introduced the accordion to jùjú music and was responsible for many of the innovations, including Latin American and Christian choral influences and the use of various dialects, that are hallmarks of the mature jùjústyle.