First Listen: KAJAMA Pray for Love in the Music Video for 'Lunar Moonlight' 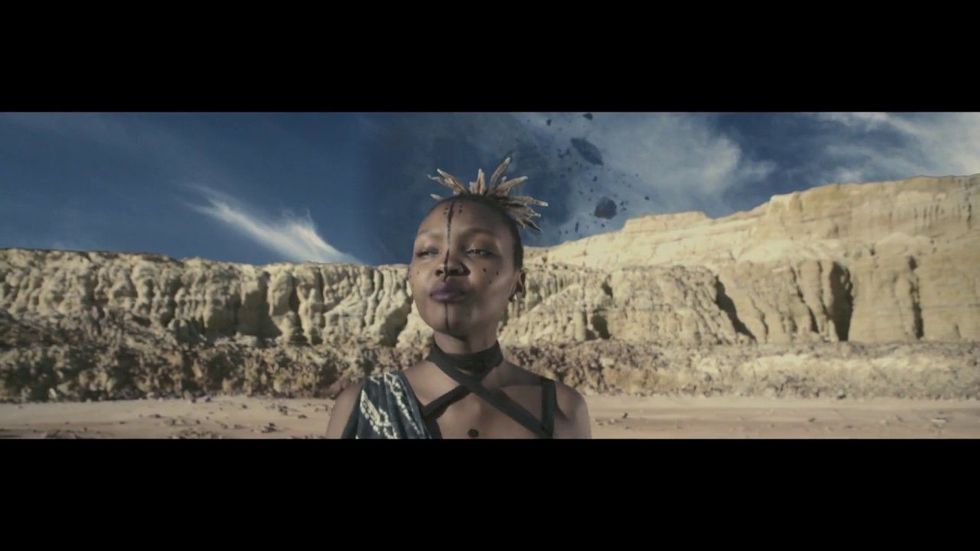 One of the songs from the EP, “Lunar Moonlight,” produced by Micr.Pluto, just got the visual treatment. The mysterious love song’s desert-shot music video is as abstract as the track.

It features some ethereal effects and a mysterious character, with a moon for a head. According to the producer, the video celebrates “‘Africanness’ in a contemporary context and more so in a surrealistic sense.”

Vuyo Serote, who handled the effects on the video says the video shows the sisters “praying in song form to the moon for love.”

“The moon hears their calling and descends to earth in response,” says Serote. “The moon appears in the form of an actual moon and that of a man... enter Moonhead. The moon coming to Earth results in a series of somewhat supernatural events that symbolize the drama one goes through when discovering or falling in love.”

Jono Kay, the video’s director describes the concept of the video as “love gone into the galaxy,” adding, “I think we've all had those feelings of painfully searching for something that was never there or no longer there.”

The video is a highly conceptual and collaborative body of work that your eyes need.