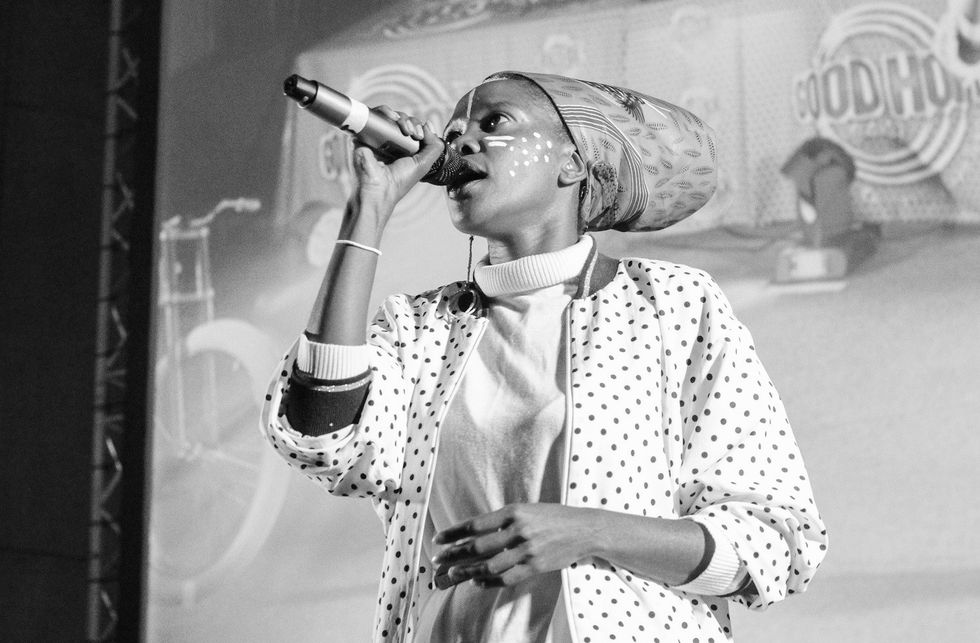 Kanyi Mavi has a new song, and it's addressing an issue that's plaguing South Africa and the rest of the world.

The song is written from a place of anger, as she raps from the perspective of a woman who's fed up of being in an abusive relationship.

After rendering a performance of the song on SABC 3's Afternoon Express last week, the rapper told the hosts:

"It makes me emotional, performing this song. I feel like in SA, and around the world in general, women have really been going through it. I feel like we've placed a lot of the responsibility on the men to do something about it, instead of us doing something about it ourselves. In other words, I do feel like it's time for the women to fight back. And I'm not playing nice, I mean, really fight back. So many women have been killed in domestic violences, some of them are being killed in spirit. And when they do retaliate, they end up in prison. So, there's something that needs to be done in this country about that."

Watch the performance below and download the song here.