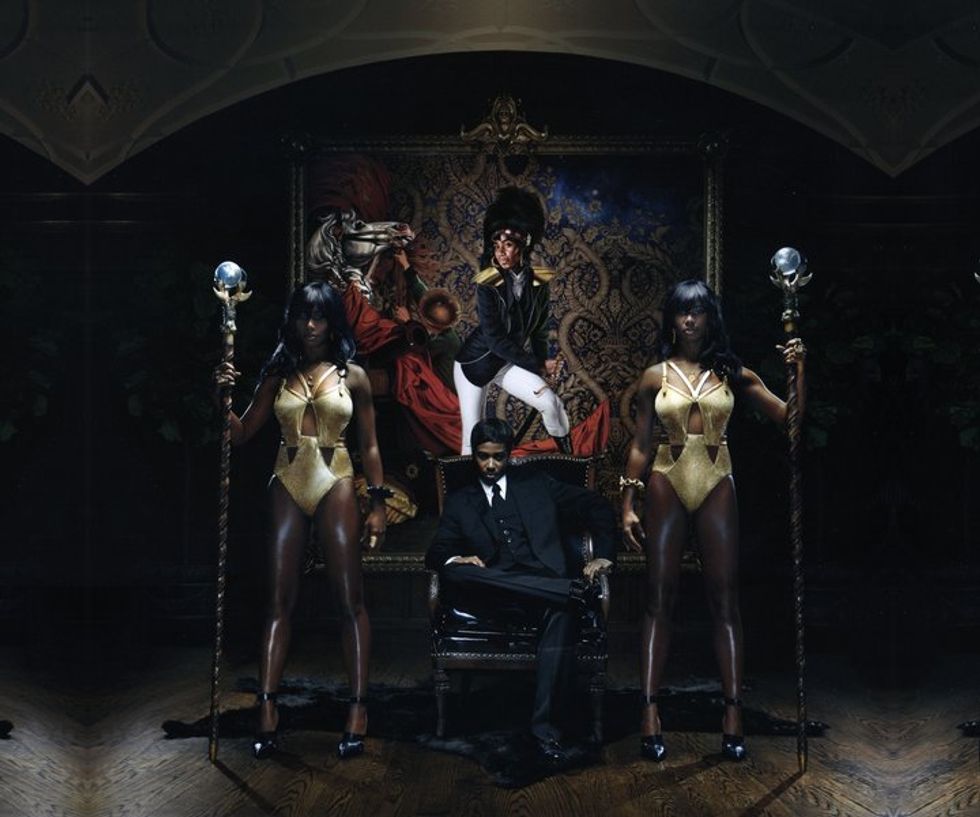 Santigold paired up with painter/artist Kehinde Wiley for the cover artwork of her upcoming album Master of My Make-Believe. The painting (in the photo above) is a small departure from Wiley's usual portraits of urban African-American men in historic European settings/backgrounds — as this marks the first time the artist has painted a female subject. The cover photo depicts Santigold in three forms: a mafia don, two Bond girls clad in Alexander Wang outfits and in Wiley's painting. Watch a "making of" video below and read our review of Kehinde Wiley's current show at The Jewish Museum.