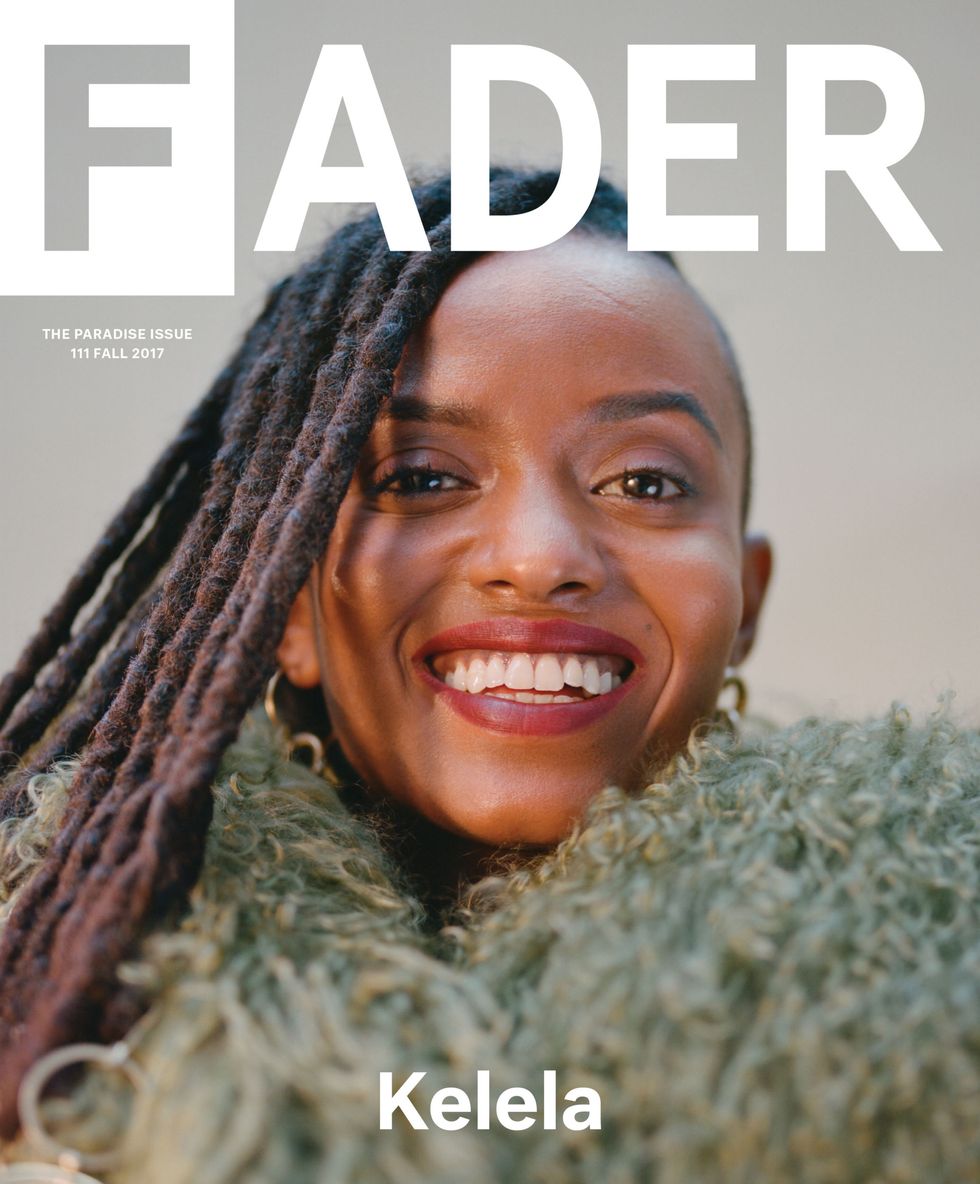 Kelela gets real in a cover story for The FADER ahead of the release of her debut album "Take Me Apart."

Kelela laid down the truth with some choice words about her journey to releasing her upcoming debut album, Take Me Apart, in a recent cover story for The FADER.

After years of feeling as if it was "too late" to start her career, Kelela, a second-generation Ethiopian American, finally built the courage to write her first song when she was 25 years old.

The courage that she gained helped her to overcome self doubt and to persevere over misogynoir (the intersection of racism and sexism directed at black women).

"When you demand somebody take you apart, then you're the boss. It's so strong."
The album title, Take Me Apart, demonstrates the importance she places on honest self-expression, and her belief that everyone should take risks.

Kelela knows that it's not easy and that it takes courage.

She told The FADER's Lakin Starling, “When you demand somebody take you apart, then you're the boss. It's so strong. You must have a lot of confidence to say that comfortably. It feels risky, I feel my heart pound a little bit harder, but that's who I am."

.@kelelam is ready for you now. https://t.co/QFNIoaNLDdpic.twitter.com/ETTdJzBJqu
— The FADER (@thefader) October 3, 2017

She's particularly attuned to how this struggle falls upon black women in the music industry, for whom the stakes are particularly high. It's not necessarily that black people are more "artistically inclined," she said. "It's because we don't have the space to suck."

The album, which was produced by Jam City, is true to Kelela's affinity for electronic music, but is also "fully grounded in R&B's brave emotional honesty," according to The FADER.

"White people don't understand that the reason [black people] are so good is... because we don't have the space to suck. The urgency in which you have to nail the thing is so high..."
At a time when dishonesty goes unchecked more often than ever, this type of straight talk is unfortunately rare. We're glad to have Kelela and Take Me Apart is right on time.

Before @kelelam could make her ingenious debut album, she had to learn how to live and love in an oppressive world. And that takes time. pic.twitter.com/O0JgfwtJRw
— The FADER (@thefader) October 3, 2017