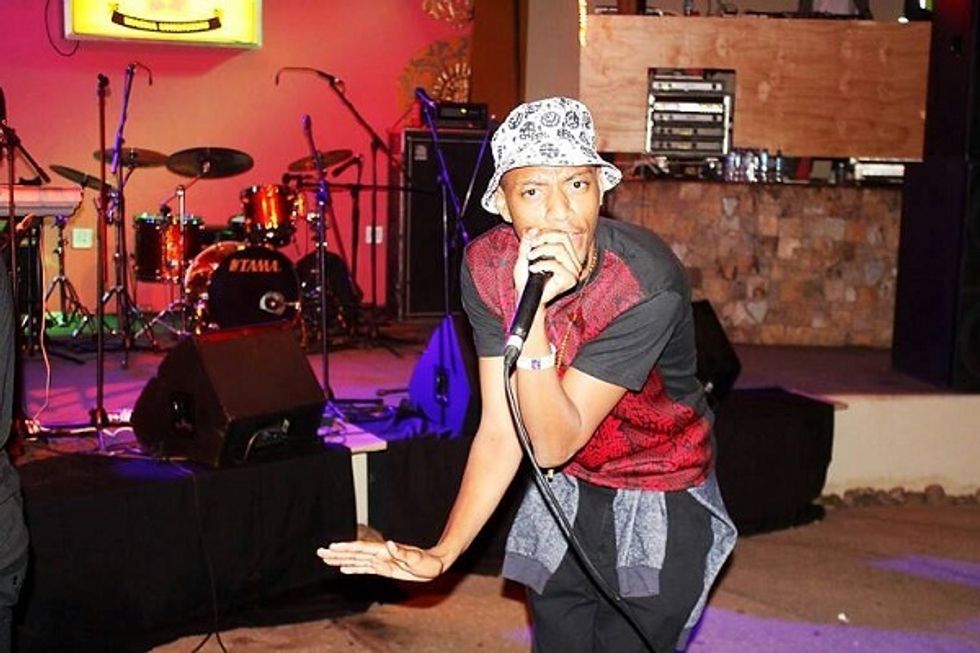 Kena raps like his life depends on it on his debut album.

The rapper's music can be categorized as kasi rap, a subgenre of hip-hop that originates in the hoods of South Africa, especially Soweto, as championed by the likes of Pro, Siya Shezi, Red Button, F-Eezy, among others.

Kasi rap is about street-centric storytelling, bravado, and flair (punchlines, metaphors and similes). The beats usually knock hard, and the rhymes are delivered with matching conviction.

Kena ticks all those boxes on Tsemba LemaGinsa. The album is autobiographical as he tells his story of growing up fatherless and gives shouts to his hood over bass-heavy beats.

The strongest trait of Tsemba LemaGinsa is the rapper's vicious delivery–it's convincing, intimidating, and he raps with a clarity that makes the project an easy listen.

Kena keeps the punchlines and metaphors coming, rapping in a mixture of SiSwati, Tsotsitaal and a bit of English­–basically the way he speaks.

He brings his goons on board where necessary. For instance, he enlists Diba Diba, Ghetto Villah and Vicca for a showcase of SiSwati punchlines and metaphors on "Isukile."

"Benitsini," featuring Trooth, is a hustler's anthem that boasts a minimalistic trap instrumental.

On "Ubonani," featuring Mastandi, he tries his hand at house. While it's commendable that he's able to ride a beat of a different promo, the song is an oddity in an otherwise uniform album.

The other shortcoming of Tsemba LemaGinsa is its length. Brevity would have done it some justice, as Kena doesn't play around with different flows and his subject matter can get limited.

It's a solid release though—you can't take that away from it. And Kena can rap.

If you are educated enough to understand SiSwait, are into "raw" hip-hop, and are a sucker for punchlines, metaphors and similes, don't ask, just cop.