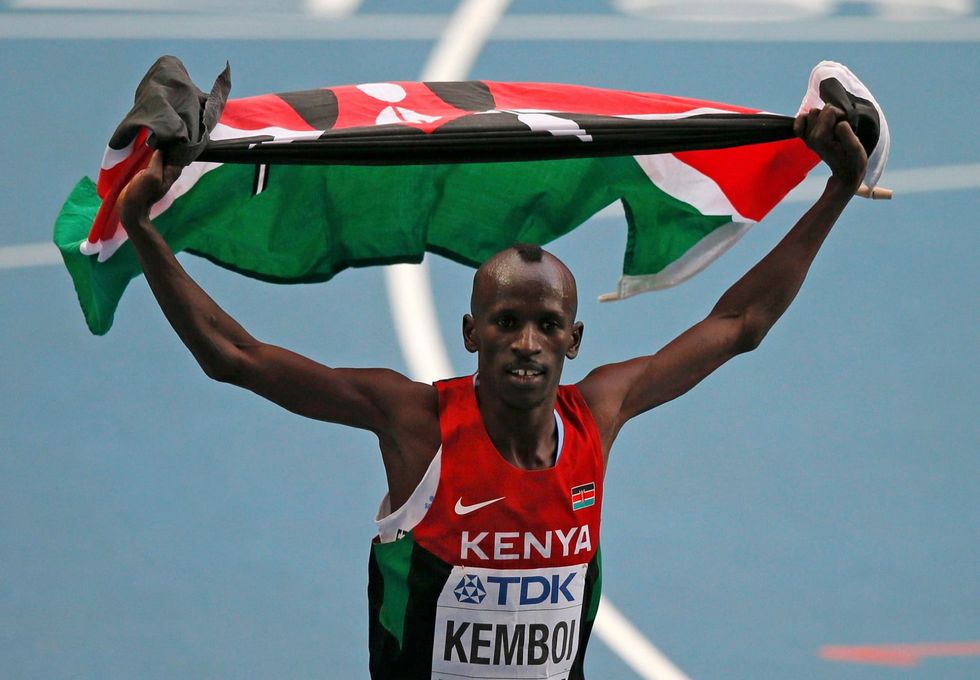 Hours after the conclusion of the 3000 meter steeplechase, Mahiedine Mekhissi-Benabbad of France filed an appeal against the Kenyan king of steeplechase, claiming he had stepped out of bounds.

It’s a good thing Ezekiel Kemboi has decided to quash his retirement plans after Kenyan compatriot Conseslus Kipruto snatched what he thought was going to be another gold medal in Wednesday’s 3000 meter steeplechase at the Rio Olympics.

Hours after Kemboi had settled for bronze, competitor Mahiedine Mekhissi-Benabbad of France filed an appeal against the two-time Olympic 3,000 meter steeplechase champion and four-time world champion, claiming he had stepped out of bounds during the fourth lap when trying to clear a water pump, reports Capital FM Sports. Athletics team manager Joseph Kiget filed the complaint on behalf of the Frenchman, requesting the track and field governing group, IAAF’s Jury of Appeal, review its call.

However, the jury agreed and upon reviewing the video evidence, they confirmed that Kemboi’s foot had indeed tapped out of bounds on a curve, along the home stretch.

Busting out the good ol' rulebook, the jury pointed to article 163.3d (b) which declares that in all races (or at any point of during a race) a runner on a bend, on the outer half of the track or on any curved part of the diversion from the track, which is according to article 162.10, cannot step within the curb or line marking the border.

So Kemboi will have to hand over the bronze medal to Mekhissi-Benabbad, who has taken home silver medals from both London and Beijing games, even though he had crossed the finish line in 8:08.47—more than three seconds ahead of Mekhissi-Benabbad’s fourth-place time.

This makes for an unfortunate end to Rio for the Kenyan king of steeplechase, but thankfully, he’ll still have a shot at next year’s world championship in London. France best be ready.