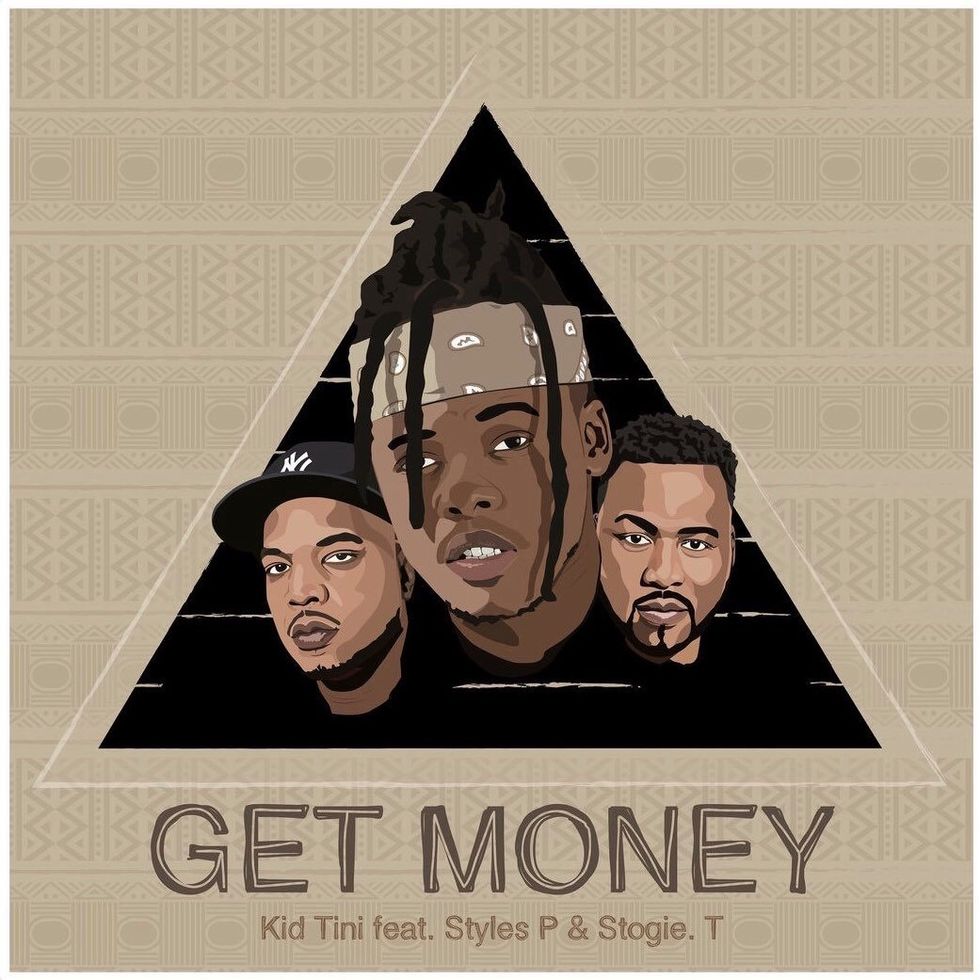 Kid Tini, one of South Africa's most talented young lyricists, ropes in veterans Styles P and Stogie T for a bar fest on his latest single "Get Money." Produced by Kreazo (who's produced for the likes of Emtee and Sjava), the song sees the three lyricists each sharing a solid verse exploring the concept of getting money.

Styles P mentions his mother is from Durban, and that he gets money like it's urgent. The New York hip-hop legend was recently in the country on a personal visit, that's highly likely when the collaboration happened.

Stogie T raps about a prolific waiter he met at Mugg and Bean, who he feels is a money maker in the making because of his work ethic.

For Kid Tini to go bar for bar with these veterans is great to behold, but it's not surprising. The rapper has been at the forefront of lyricism among the new wave, favoring bars over catchiness, and he's clearly carving a path for himself. On "Get Money," he maintains a uniform rhymes scheme throughout his verse, his flow sharp as ever (he's right when he calls himself "Lord of the cadence").

This is one of those songs you need to give yourself time and listen to over and over again to pick up all the Easter eggs, all three MCs tend to hide in their verses.

Kreazo gave the MCs a fitting beat; it's dark, grimy, with not much going on, leaving space to be filled by the three MCs' heavy bars.

"Get Money" could be a single to Kid Tini's long overdue upcoming album under Ambitiouz Entertainment. It's clearly going to be an interesting release, looking at the singles the rappers has released since joining the label.

Listen to "Get Money" below:

Update: The music video for the song just dropped, watch it below: