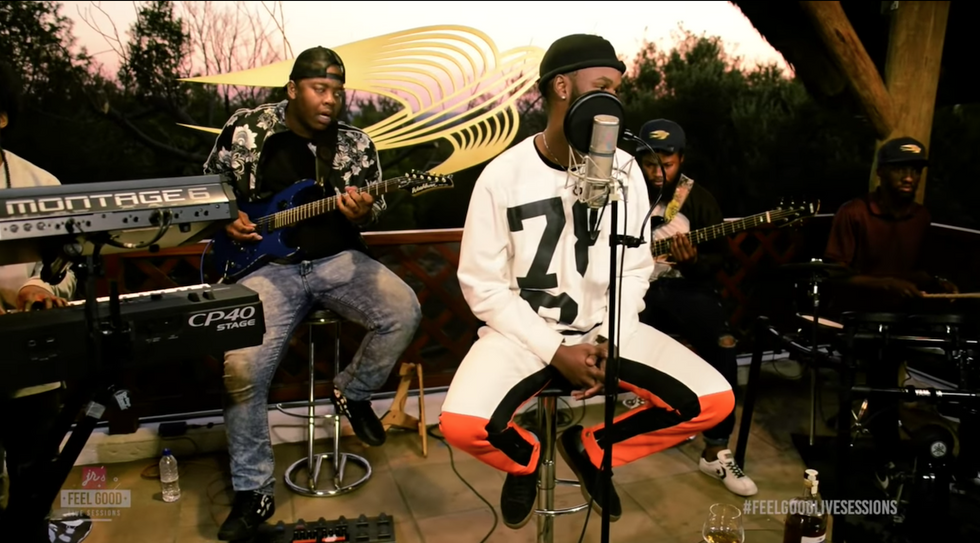 JR's Feel Good Live Sessions is back with a new season. Right after Busiswa's episode, Kid X is the next artist to grace the stage. The MC performs five songs from his recently released double album Thank Da King.

X performs three new album cuts, "Plaak," "Jakalas" and "Get Up" alongside the hit singles "Mntan' Omuntu" and "Aunty."

Kid X is natural on the mic, delivering his raps effortlessly with a nonchalant delivery, so this performance was a great sight to behold.

Towards the end of his set, the MC tells the audience that he started working on "Aunty" in 2014:

"I started writing this song in 2014. Came up with the chorus in 2014, to a different beat, stayed locked up in the vault. It just speaks to the issue of timing, you know what I mean; when the timing is right, things will fall into place. And I guess it popped up again in 2017, we found a beat for it. So it's a beautiful thing, man."

Watch the whole set below and stream Thank Da King underneath or download it here: