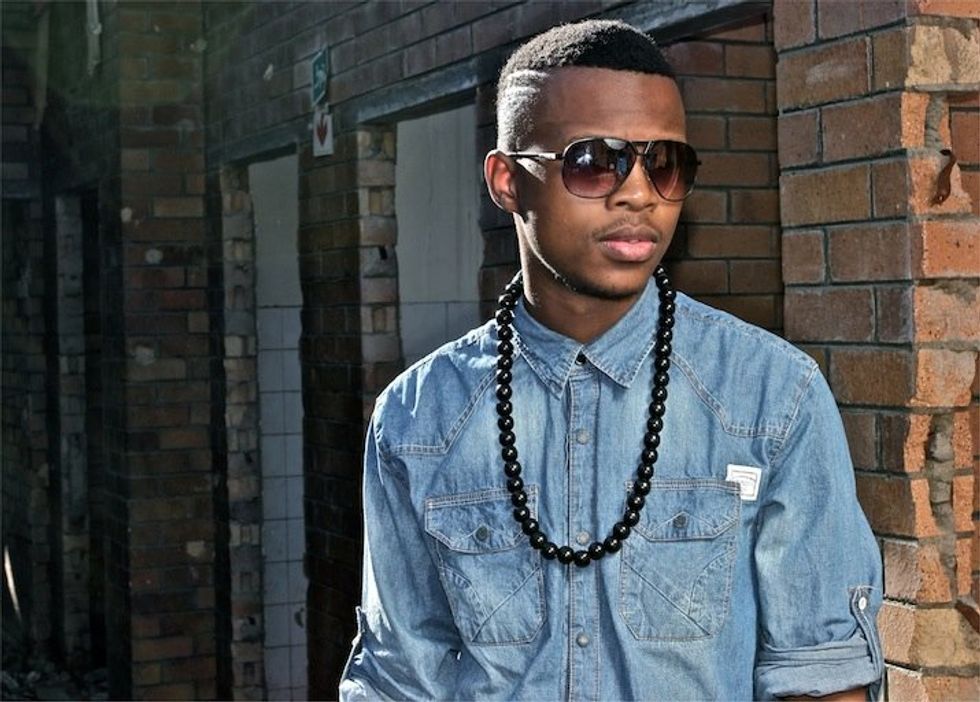 It’s one thing for an artist to make a great album. It’s another to repeat that feat over and over again. Jo’burg-based Kokstad muso, Kimosabe (formerly known as Sixfo) is one of those select few artists. The 21-year-old vocalist, producer, and rapper has released countless projects– five of which were released in the last three years. La Dolce Vita, the second project he's released under the new moniker Kimosabe, sees him master the sound he’s been flirting with alongside some conventional hip-hop production styles. Frank Ocean, Kanye West, Drake, and 80s’ pop, rock and reggae all lend influences on the 10-track album that transcends genre and pokes fun at criticism. It's a release characterised by oft-morphed electric guitar riffs and eerie keys accompanied by subtly enhanced melancholic vocals over varied drum patterns. Kimosabe is an honest writer, an adept singer, and a great producer. He muses on such issues as relationships, love, and success, in an emotion-arousing and relatable simplistic eloquence. We caught up with the young musician and asked him a few questions about the new album, which you can download here. Read on for our full Q&A with Kimosabe below.

Sabelo Mkhabela for Okayafrica: Let's start with the name change. You went from being Sixfo to being Kimosabe. What's that about?

Kimosabe: The name change was prompted by a desire for a new start, both artistically and personally. I wanted to get away from all the negative people and things that were linked to the Sixfo name. And I've been wanting to change that name 'cause, honestly, I hated it.

OKA: The new project, La Dolce Vita, can you take us through it?

Kimosabe: So, I was in Cape Town for a while – clearing my head and then the title La Dolce Vita kinda just found its way into my thought process. The album is a labour of love, a musical gift to those who are willing to listen – I was getting tired of my crappy luck with hip hop and trying to break into the industry so I just thought fuck it, I stand a better chance as a singer anyway.

OKA: You've released at least one project every year in the past three or four years. You've released two so far this year. How do you manage to churn out this much music and still maintain the quality?

Kimosabe: I blame it on all this free time I've had since taking my gap year. Mix that with frustration and party drugs. It takes me a month to make a full project and I've got 12 months – unlimited ideas. Every project I release, I try to up the ante everytime in terms of mixing, mastering, beats, and lyrical content.

OKA: Sometime last year, you announced your deal with Universal. But up until today, it doesn't seem like anything has come out of that. What's the story?

Kimosabe: Right, it was a misunderstanding. True, I was gonna sign with Universal Music but the people involved in the whole deal were questionable and I didn't wanna get in like that. If I do end up signing a deal, it'll be on my own terms, no third parties.

OKA: You're in a love-hate relationship with the music industry yet you seem very passionate about the music itself. Do you see yourself ever quitting music because of the nature of the industry?

Kimosabe: Sadly, the industry in South Africa places very little emphasis on what matters most in music – talent. Truth is you can't quit something you were born to do and that's my curse. I'm stuck with this shit.

OKA: What has producing iFani's hit single “Ingom’ezimnadi” done for you as a producer? Any more big name credits in the pipelines?

Kimosabe: Not necessarily. I mean it's not like anybody knew I produced the joint unless they checked the credits. But yeah, there's some stuff I'm producing for a bunch of blokes and there are certain blokes who I'm never working with again.

OKA: You’ve released two projects this year. Any videos? Any tours? What are you looking to do next?

Kimosabe: Need to film some videos for La Dolce Vita, do some intimate shows for my biggest fans and there's a collaborative EP I'm finna do with Fonzo. Might move into merchandise and stuff, I don't know.