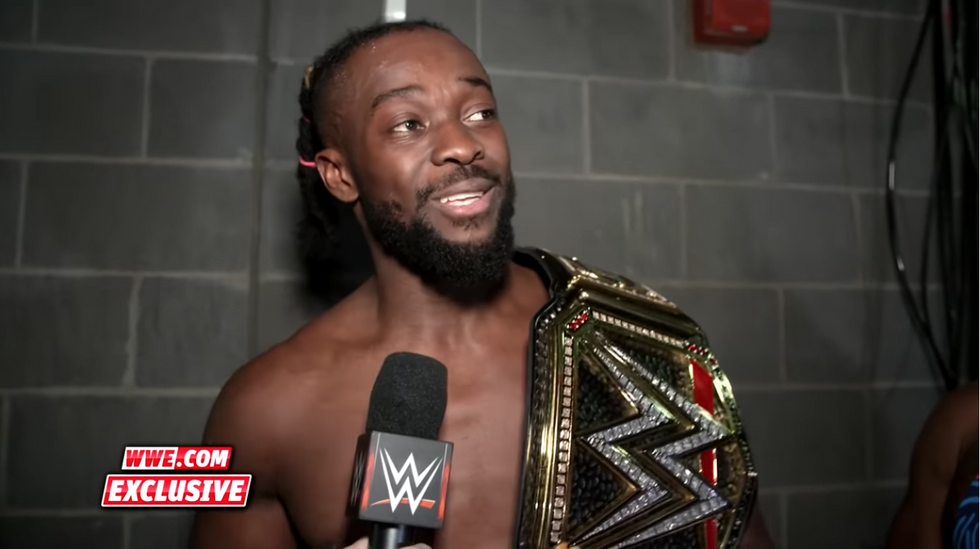 Ghana's own has made history at WrestleMania 35 and people are admitting to crying.

Ghana's own Kofi Kingston has made history becoming the first African-born wrestler to become a WWE champion, Wrestling Newsreports.

Over 75,000 fans packed MetLife Stadium in New Jersey for the event—known as the "showcase of the immortals."

ESPN'sSean Coyle describes what made this match rate a 4.75 out of 5:

Bryan and Kofi took some time feeling each other out before either risked a maneuver that could backfire, but that's exactly what happened when Kofi attempted to dive on Bryan, who was outside in the ring and in front of the announcer's table. Bryan moved just in time and Kofi took the brunt of the blow. Advantage, Bryan.

The champ, standing on the top rope, then delivered a knee to Kofi's head, and slowly and surely, Bryan was showing everyone why he has been head of the class on SmackDown. Soon afterward, Bryan locked in a Boston Crap, a submission move that had Kofi screaming in pain, but Kofi wouldn't tap, even as Bryan connected with one kick after another to his face.

Kofi was able to turn the tide as he leaped off the top rope and onto Bryan, who was lying face first in the ring. Back and forth they went as the cadence picked up. Kofi was feeling it, and so was the crowd inside the stadium.

Read the full recap of the match here.

"Thank you. Thank you. Thank you all," Sarkodie-Mensah states on Twitter, who's been waiting on this moment for 11 years. "Without your love and support, especially over the past couple months, none of this happens. You helped me achieve my childhood dream and I'm eternally grateful for each and every one of you. Sincerely, your WWE World Heavyweight Champion."

Take a look at Kofi Kingston's post-match interview below.

In the elaborate fantasy world of American professional wrestling where characters are given back stories meant to capture the imagination of wrestling fans, Kofi Kingston actually began his career as a Jamaican character with an accent inspired by listening to Damian Marley.

He says he was eventually allowed to drop the act by WWE, saying it was just getting too hard to justify the character. Ghanaians would accuse him of being ashamed of his heritage and Jamaicans called him out for being fake. These people, he says, simply couldn't let him play a character on TV. See him talk about it in an interview on HOT97 from last week.

People have been reacting to Kofi winning the title with uncharacteristic emotions, with many on social media admitting to crying while watching the match or hearing the result.