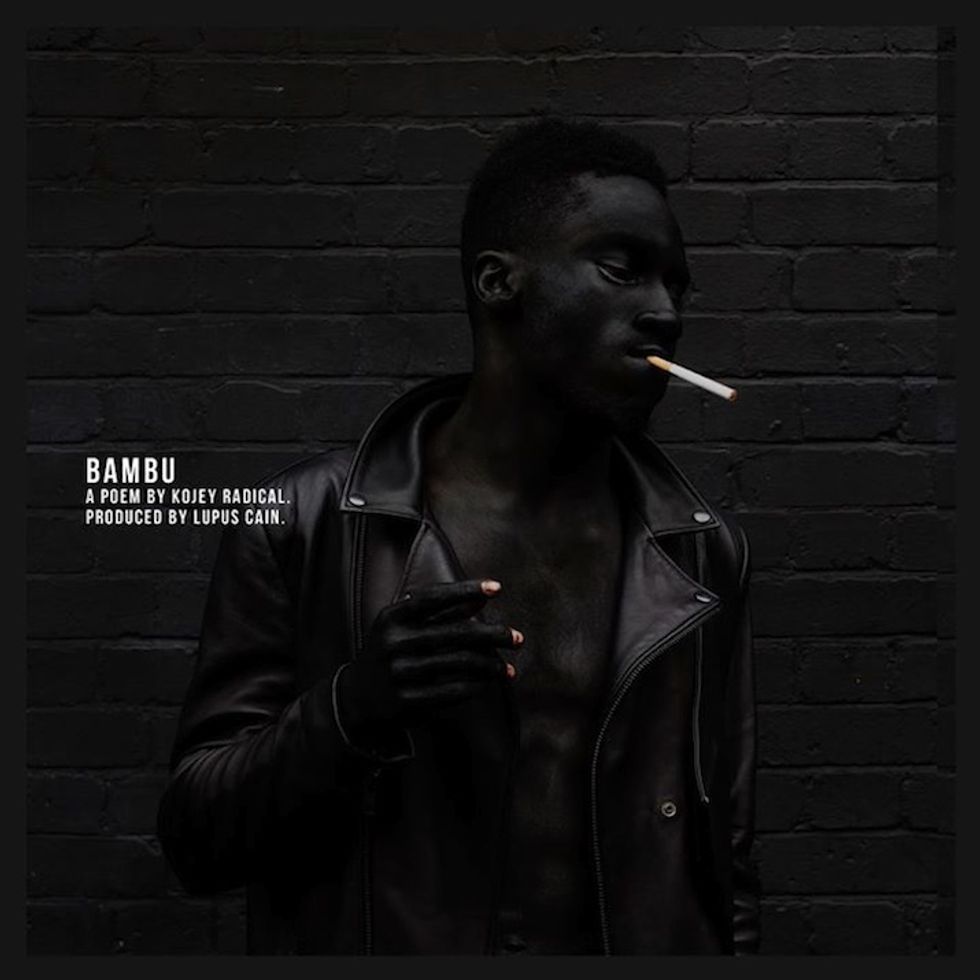 "Bambu" by Ghana-rooted, London-based spoken word artist Kojey Radical could be called a piece of industrial hip-hop, but its genre-conflating nature and oral prowess distinguish it. The song follows the artist's 2014 EP Dear Daisy: Opium, which told an intriguing romance and spawned a beautiful music video for"The Garden Party," in which Radical searches for his lover in a vast forest. "Bambu," the artist's latest beguiling single, frighteningly joins scenes of a ravaged city with existential philosophy over guitar pangs and drum zaps. In a recent talk with the 405 about the song, Radical mentioned:

"The original track was recorded in March where at the time I was just starting to release music and felt like I was already caged to the genre I was making at the time. I've always used genre to describe emotion and just as no human belongs to one particular emotion infinitely no artist should be confined to their genre. I wrote this piece as an ode to the thoughts about society people often ignore. As soon as we wrapped it up we were instantly met with this feeling that this record is important."

Almost sounding like a rap version of Allen Ginsberg's "Howl," the Lupus Cain-produced song thrillingly continues a tradition of street poetry while showing Radical's own vivid lyricism. The artist, who cites Jean-Michel Basquiat as an influence and founded creative arts collective PUSHCRAYONS, is releasing the song as the lead single from an EP due later this year. A music video for "Bambu" is scheduled to come later this month. Listen to Kojey Radical's "Bambu" and watch the music video for "The Garden Party" below.