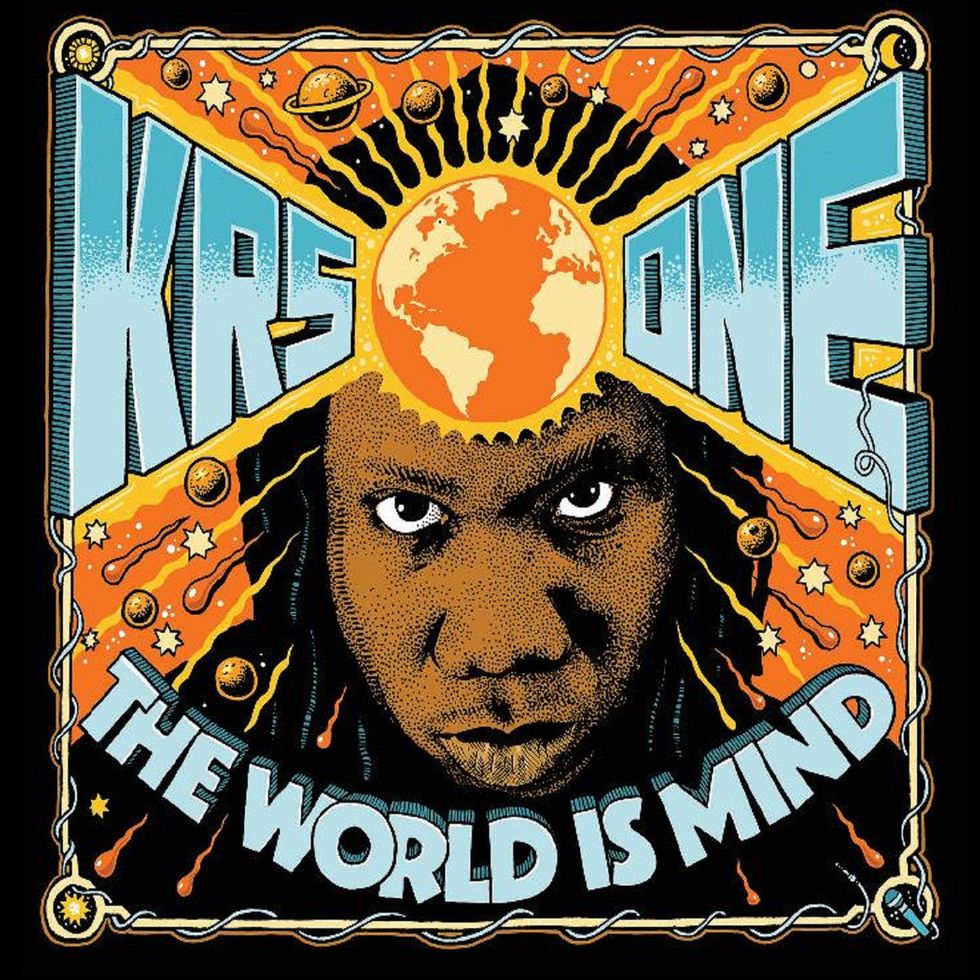 We talk to Shai, a relatively unknown South African rapper who features on KRS-ONE's latest album, 'The World Is Mind.'

KRS-One’s latest album, The World Is Mind, is considered one of the hip-hop legend’s best records in a very long time.

The World Is Mind came with a surprise for fans in the form of KRS attempting to rap in the South African language IsiXhosa on the track “Keep Clicking.” Another surprise came in the form of Shai, a relatively unknown rapper from Queenstown in the Eastern Cape province, who spits a tongue-twisting Xhosa verse on the song.

Shai is relatively unknown beyond the Eastern Cape. He categorizes his music as spaza and umculo buciko—both sub-genres of hip-hop, which originate in the Western Cape and Eastern Cape provinces.

So how did Shai end up on a KRS-One album?

“Through the Steve Biko Foundation,” he says citing the NGO he is affiliated to, which explains why KRS shouts the foundation on the song’s intro. In 2015, Shai and the vocalist Siphokazi Gwazela, who appears on the song but is not credited, were part of the SA-UK Project, which saw them perform at a festival in Liverpool.

John Kofi, a UK producer who was part of the project was impressed with Shai’s Xhosa rapping and he made the collaboration possible, as he was working on The World Is Mind.

“Just like any other artist, it’s a great deal,” Shia says over a crackling phone line, on how it feels to be featured by The Teacher. “It has changed my life. My fans are happy for me. They are also impressed with my verse—the way I use the language.”

Shai says after the album’s release, he has gotten attention from South African artists he respects who are curious about him and his music. Artists such as Driemanskap, Backyard, Pzho, Yahkeem have all sent him Facebook invites.

One of the biggest criticisms of the collaboration is KRS’ poor command of the Xhosa language. His clicks leave a little to be desired—he pronounces 'Q's as 'X's, and I personally cringed at the use of the word 'bushmen'—which is derogatory for Khoisan people.

I ask Shai what he thinks of KRS butchering his language. He chuckles before responding. “I’ve heard those comments,” he says. “But he’s an African-American, and he made an effort to rap in an African language, which is good. Some African artists have never even tried to rap in Xhosa.”

The song was sent to Shai and he recorded his parts in a studio in East London, a town in the Eastern Cape. KRS-ONE was impressed with Shai’s verse even though he doesn’t understand a word. “He says he can feel the verse is powerful,” says Shai, “also from YouTube comments and reviews. I even broke down what each and every line means to him in English.”

The rapper, who is also a contemporary dancer, actor, model and poet, is currently working on his drama performance for the upcoming Grahamstown Festival and a mixtape which is produced by John Kofi. The project currently has no release date.

Listen to KRS-One and Shai's collaboration "Keep Clicking" above and listen to The World Is Mind underneath.