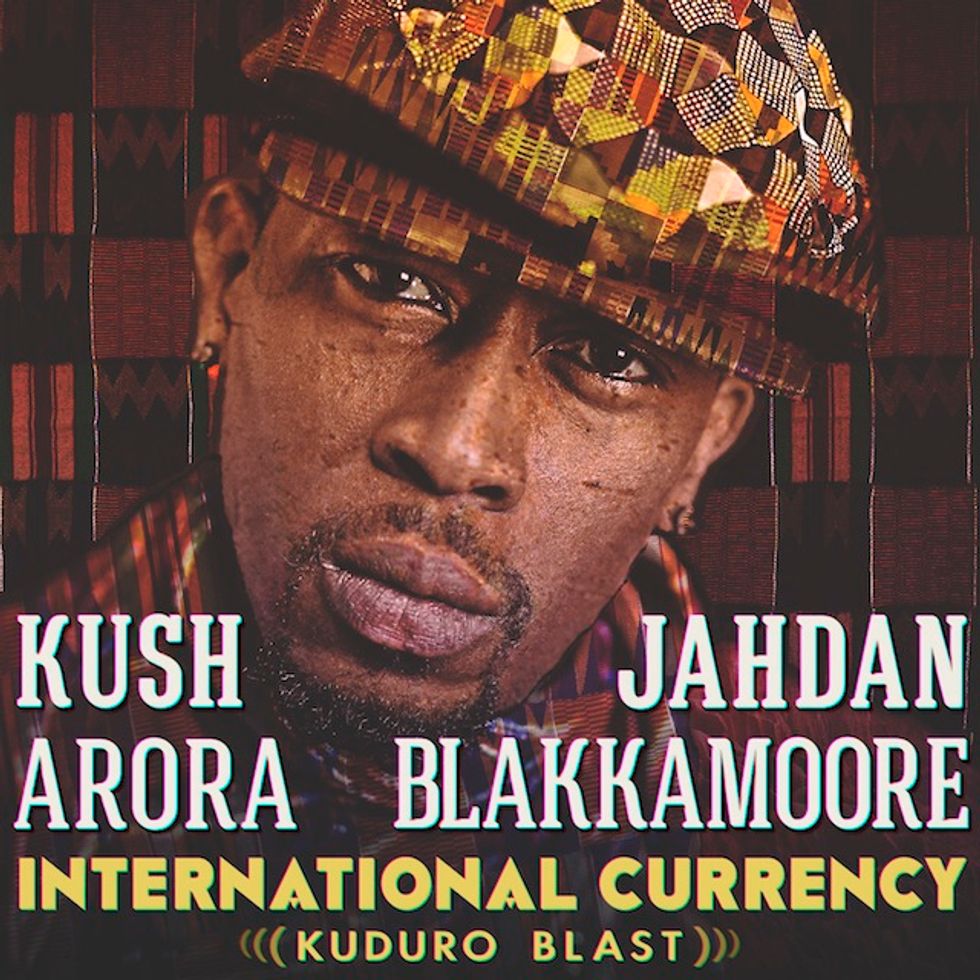 It's been a minute since the names Kush Arora and Jahdan Blakkamoore have popped up on the site. Now the SF-based beat-gatherer and NYC's respected reggae dude have teamed up to deliver a new face of dancehall music that blends the banger quality of kuduro with Snoop Lion's chill voice of reason. The single's liner notes put it best: "Angola's bombastic Kuduro sounds meet with Blade Runner inspired asthetics, and the unmistakable dancehall vocals of Jahdan Blakkamoore." "International Currency (Kuduro Blast)" is out today. Turn it up below and stay tuned for more Jamaica-SF-Angola-bridging cuts. We hear this is only the first in a series of Kush's exploration of SA x Angola sounds.

For more from Kush Arora and Jahdan Blakkamoore head to these spots.