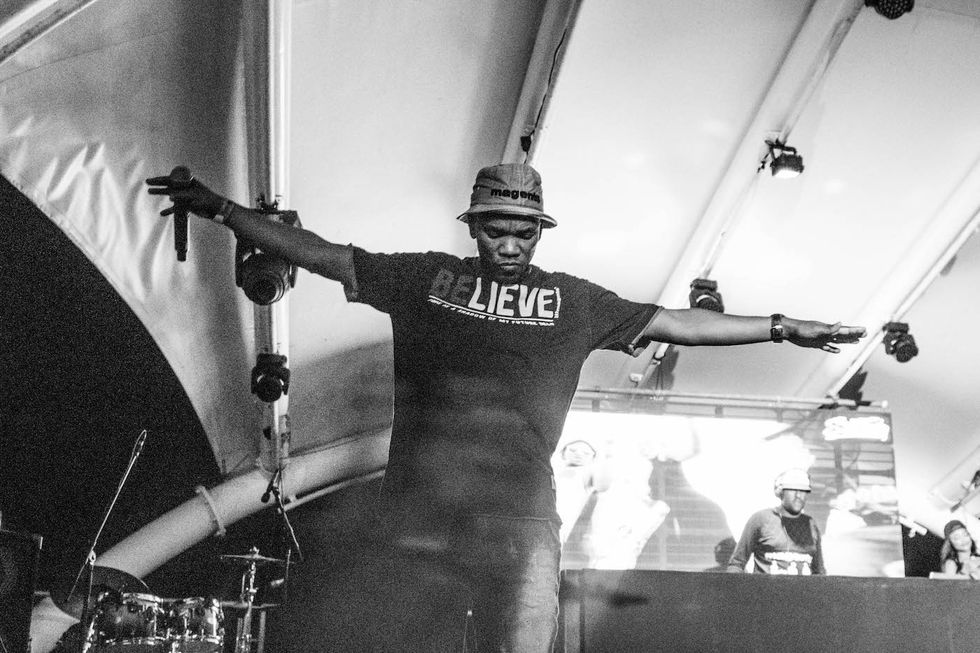 Get to know the the 10 most notable old school kwaito producers.

"Kwaito will never die," tweeted the rapper Riky Rick about a week ago.

"Stay Shining" has a kwaito flavor to it, which is nothing new for Riky Rick, Cassper Nyovest and Major League DJz.

Kwaito, a South African genre that was big in the 90s and early 2000s, lives vicariously through hip-hop in 2017. Artists such as Spoek Mathambo, OkMalumKoolKat,Cassper Nyovest, K.O and many others, have all referenced kwaito in their songs, sparking a hip-hop subgenre called 'new age kwaito.'

Pure kwaito in 2017 is not as popular as it was in the 90s and early 2000s, when it was the youth genre of choice. Artists such as Trompies, Alaska, Zola, Guffy, TKZee, Boom Shaka, Bongo Maffin, Arthur, Mandoza, and hordes of others have provided the soundtrack to every December without fail every year.

Those artists, however, were nothing without the architects of the kwaito sound. It was the producers who had us gyrating and bobbing our heads to those bass lines and thumping drums while reciting those catchy hooks.

Kwaito started in the late-80s to the early-90s. At the height of bubblegum music (Brenda Fassie, Yvonne Chaka Chaka, Chicco etc.), the then-new generation needed its own voice.

Mandla "Spikiri" Mofokeng, who used to be part of bubblegum producer and artist Chicco Twala's ensemble as a dancer, joined forces with Mduduzi "Mdu" Masilela, a seasoned piano player, to form the duo MM Deluxe in the late-80s. They released their debut album Where Were You? in 1988. Those two, with the influence of Chicco, arguably gave birth to kwaito.

By the mid-90s, kwaito was unstoppable (M'du released his hit single "Tsiki Tsiki" in 1994). What set kwaito apart from bubblegum was its slower tempo and that most of the lyrics weren't sung, but chanted–just like in rap.

At the height of Nelson Mandela's release in 1990 and his election as the first democratically elected president of South Africa in 1994, the kids had every reason to celebrate. Apartheid was a thing of the past, and the country was optimistic for a new South Africa (that hasn't gone so well, but that's a story for another day).

Kwaito was playing loud in taxis, shebeens, hair salons, homes and everywhere black people were. The youth radio station YFM is cited as the first to give kwaito a platform.

Sonically, the genre could be, at the time, described as a slowed down version of house music and lyrically as a less dense version of hip-hop, as the lyrics were repetitive and catchy.

While the producers contributed immensely to what kwaito became, just like in every other genre, they're hardly ever part of the conversation. The work that producers, like Spikiri, Oskido and Bruce Sebitlo, have done for artists such as Mafikizolo, Mawillies, and Trompies, doesn't always get mentioned when the artists' names are brought up.

But what is Mandoza's smash hit "Nkalakatha" without Gabi Le Roux's and menacing bass and electric guitar? What's TKZee's "Shibobo" without that sample from the band Europe's "The Final Countdown?" What is any Malaika song without those organ keys and big bass lines by Guffy? What's your favorite kwaito hit without that memorable beat?

In the next 10 pages, we look at the most prolific, consistent and impactful kwaito producers of the yesteryears, in no particular order.