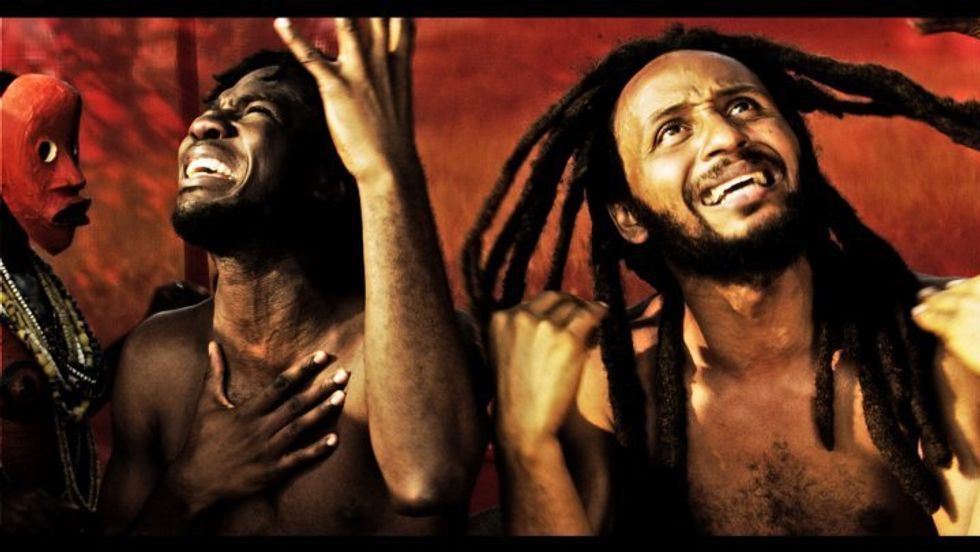 Originally, the FOKN Bois, made up of the duo of Wanlov the Kubolor (Ghana by way of Romania) and M3NSA (Ghana by way of England), wanted to put together a concept album about a day in the lives of two quirky boys growing up in Accra. Soon, however, they realized the theme was far too big to cover fully through music alone, so they opted instead to shoot a musical film. The product, Coz Ov Moni, is the first musical done entirely in the West African language of Pidgen (a mix of English and other languages), and stars the FOKN Bois.

It came out a few months ago, which was plenty of time for it to reach the eyes and ears of Kweku Ananse, a highlife and breakbeat DJ and producer living in Accra. Kweku took the soundtrack of the musical and laced it through much loved samples from the likes of Fela Kuti, Bilal and Thomas Mapfumo's Hallelujah Chicken Run Band. The remixes are now available for free as the 8-track Coz Ov Moni - The Remix EP.

Tems Is the First Nigerian to Debut at No. 1 On Billboard Hot 100