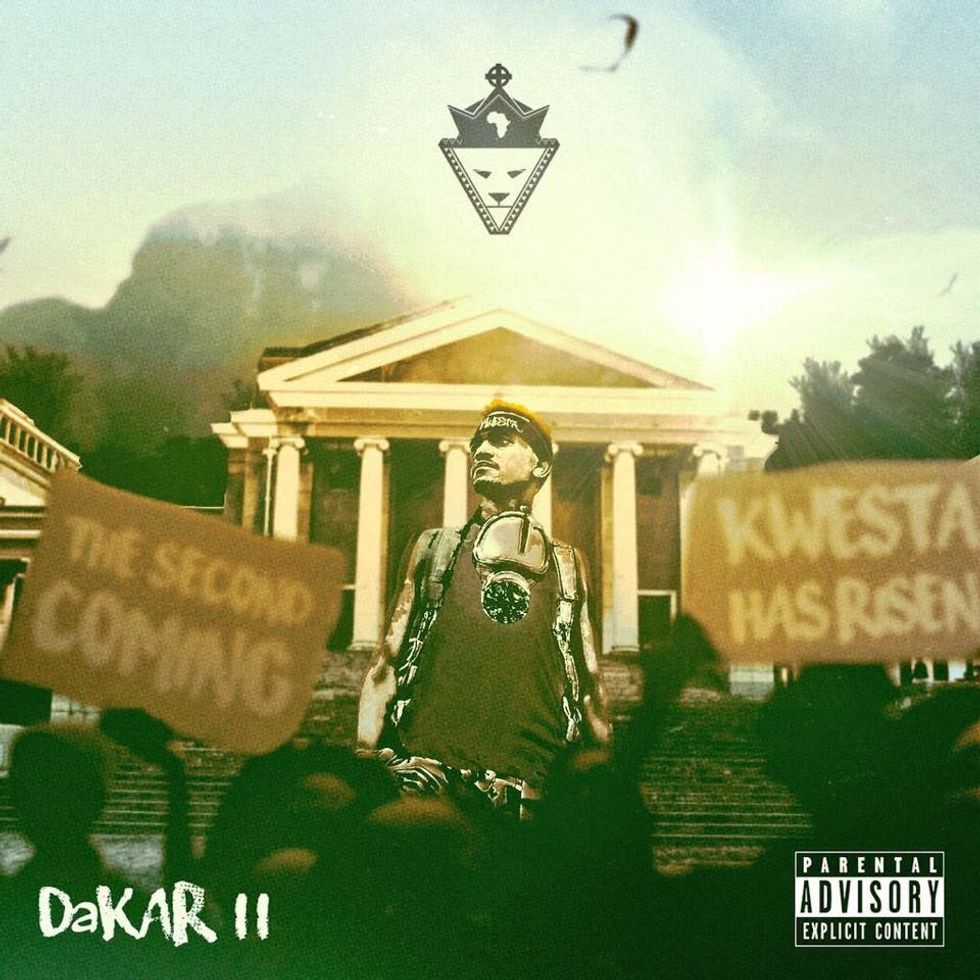 According to the rapper, his is now the best selling South African hip-hop album of all time.

Over the weekend, South African rapper Kwesta tweeted that his third studio album DaKAR II has gone seven times platinum. Congrats are in order for Da King of African Rap, it's been a long time coming.

Platinum in South Africa is 30 000 units sold. So, seven times platinum means DaKAR II sold 210 000 copies. DaKAR II is a double album, but according to The Recording Music Industry of South Africa (RISA), a double album counts as one unit, unlike it is in the US.

Want to say thank you to each & every one of my SEVEN HUNDRED THOUSAND FOLLOWERS @Twitter old & new!

I take it as a SIGN that this milestone coincides with RiSA declaring DaKAR II is now SEVEN TIMES PLATINUM, making it SA HIP HOP's all-time best selling album.✊🏾

It must also be noted that according to the RISA rules, 10 songs downloaded digitally are similar to one album sold.

Confirming sales numbers in South Africa is tricky. Usually these announcements come from artists themselves, which can be hard to verify. In December 2017, Cassper Nyovest claimed he had sold 10 million records in his career.

This was met with a lot of skepticism. DJ Maphorisa was vocal about his incredulity, on Twitter. It became even more confusing when RISA, the most trusted body when it comes to verifying sales numbers, could neither confirm nor dispel the claim.

"A record sale can equal to one song, Cassper could have meant that his record has received 10 million streams/ downloads, in which Maphorisa is misunderstanding. We are all making a big issue out of nothing," RISA CEO Nhlanhla Sibisi was quoted as saying by the SABC TV show, Trending SA.

RISA is moving slowly and not keeping up with the times. The body currently doesn't have a system to convert streams into sales the way RIAA has in the States.

So, be happy for Kwesta, but keep the above in mind.

It is with a great sense of pride that we congratulate @KwestaDaKAR on making South African Hip Hop history with his album DaKar II, which is now 7 x platinum selling in excess of 210,000 copies. This is a great milestone. pic.twitter.com/emcrk2fQWr
— Min. Nathi Mthethwa (@NathiMthethwaSA) 18 April 2018

DaKAR II is a seriously great body of work—it's a great argument for the claims of being the king of African rap. At 22 tracks, it eludes monotony, which is rare for hip-hop albums. The album featured prominent names in the SA music scene including AKA, Cassper Nyovest, Kid X, Busiswa, TellaMan, Psyfo, Ameen, DJ Maphorisa, OkMalumKoolKat, among others. It led with massive singles like the groundbreaking shebeen anthem "Ngud'," "Nomayini," "Day Ones," "Ngiyazifela Ngawe," "Mayibabo" and "Mmino."

It also featured potent deep cuts like "Preacher," and "Karma."