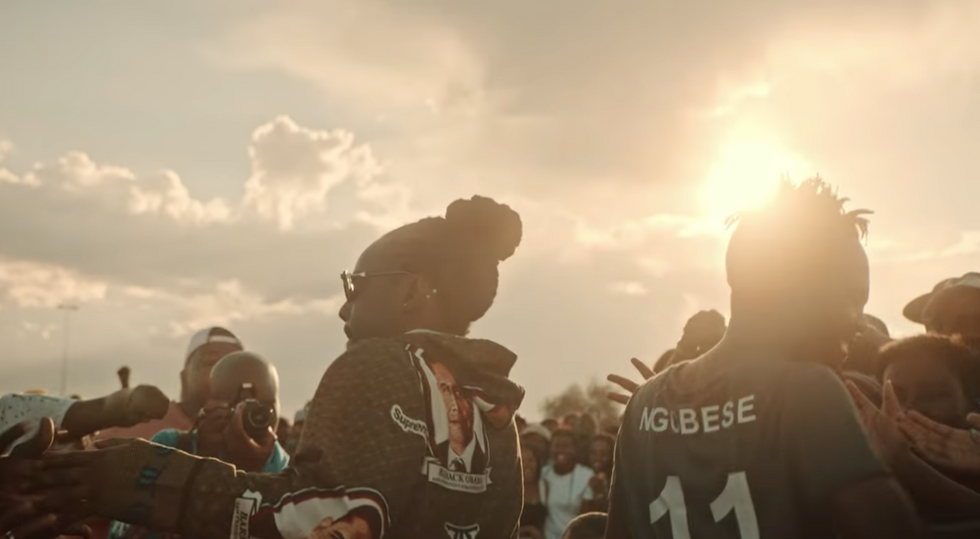 Watch the video for "Spirit" by Kwesta and Wale.

For two years in a row, Kwesta had the biggest hip-hop song in South Africa. "Spirit" was the shit last year and the rapper has just released a new video for the Wale-assisted single. It's nothing but fire flame emojis.

In the music video, we are shown different facets of the township and interpretations of spirituality. Among people adorned in church regalia and receiving the Holy Communion and getting baptized, we see spinning gusheshes, a chicken being slaughtered for a ritual, a sangoma, guzzling of alcohol, and a whole lot more.

The video is a visual poem of sorts, depicting the hood from the perspective of people who have context. There's no white gaze here.

Watch the video for "Spirit" below.