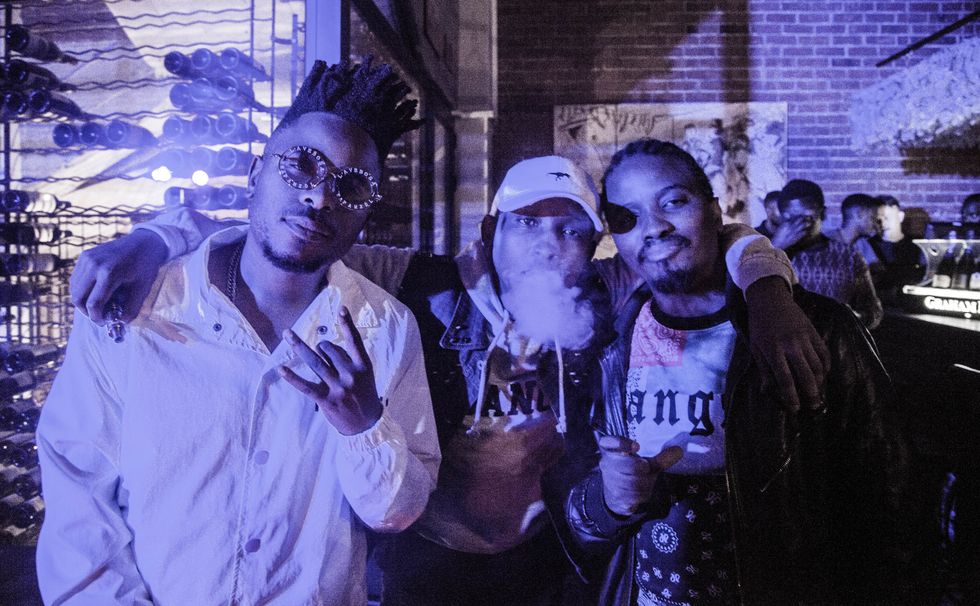 L-Tido releases his most introspective album to date.

South African rapper L-Tido dropped a new album today, titled 16. The project is his first in five years (his sophomore All of Me came out in 2013).

16 is undoubtedly Tido's most introspective album to date. While on All of Me, the MC had a few personal songs, like "Problems" and "Unbreakable," on 16, he has more of those types of songs, in which he's speaking about issues that have been in his mind.

He speaks on his thoughts on the ever-changing hip-hop scene on the song "Letter To The Game," in which he personifies hip-hop. He raps about DJs who only break their songs, politicians using hip-hop for their agendas, OGs who are failing to evolve… issa lot.

But one song that sticks out is the second last track on the 13-track album, "Glitz Gang Forever." In the song, Tido breaks down the story of what happened between him, Maggz, Sean Pages and Morale, who are collectively known as Glitz Gang (formerly Glitterati).

Glitz Gang was one of the groups that were instrumental in shaping what South African hip-hop sounds like today. They were on that trap shit before it became cool this side of the Equator.

Glitz Gang only released a few singles in the late 2000s, but never got to release an album.

Maggz, L-Tido and Sean Pages have worked on numerous collaborations since then, but Morale has been out of the picture. In "Glitz Gang Forever," Tido raps:

"Finally crossed over; streets to the fame/ They waited for the album, release never came/ But instead we dropped solos, went against the grain/ More success we got, we drifted apart/ [?] we lost the plot/ that linked us from the start/ Egos got inflated, jealousy invaded/ I guess that's a diplomatic way that I can say it/ Pages left the crew, Morale left the crew/ We disintegrated; foes out the blue."

Tido goes onto mention an interview Morale did with Vuzu in which he said undesirable things about him.

In the song, while telling the story of how Glitz Gang came up, Tido makes reference to his beef with AKA, which has since been squashed. "08, 09 had the streets locked/ "Amaretto" dropped, Kiernan took some cheap shots/ Then I.V. League-Glitz Gang beef popped/ Fist fights, gun shots, couple teeth knocked."

"Glitz Gang Forever" is an emotional song, which tells the story of friendship and growing apart. Tido says in the song that he hasn't spoken to Morale in three years, but it's still all love. "As far as Maggz and Sean Pages go, they my brothers for life," he says in a monologue towards the end of the song. And the piano keys… someone is chopping onions next to me. 😢

Sean Pages and Maggz also make appearances on 16, alongside the likes of AKA,Cassper Nyovest, Darne, Nadia Nakai, Gemini Major and a few others. The album features the singles "I'm Back" and "Zilele." 16 is L-Tido's first album released under a major label, Universal Music, after being the face of independence his whole career.