Watch L-Tido and AKA’s Music Video For ‘No Favors’ 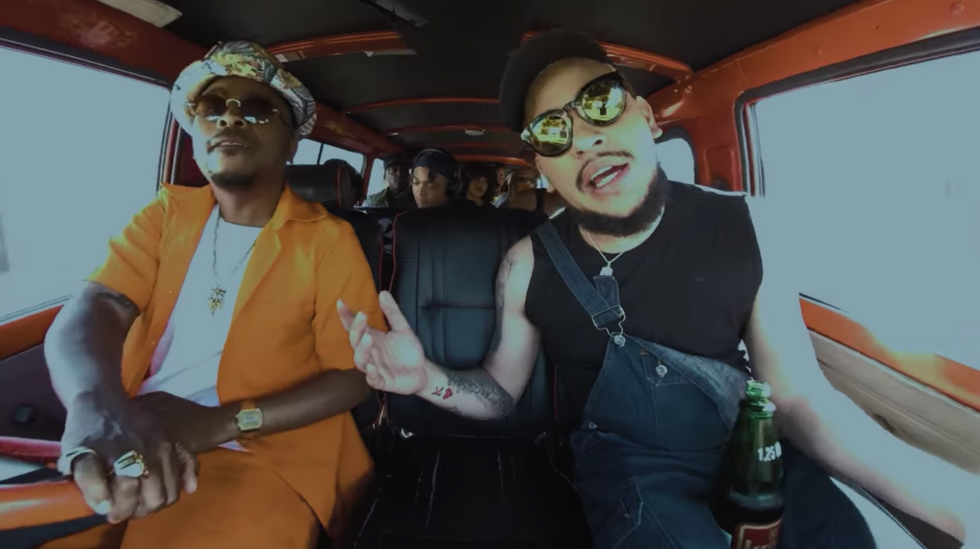 L-Tido's new single, "No Favors," features AKA. "No Favors" is from Tido's new album titled 16. The song is produced by super producer Tweezy.

In the video for "No Favors," L-Tido and AKA play the characters of two naughty young man. They are given a taxi by an elder, who's played by popular actor Israel Makoe. He warns them against misbehaving, and what do they do? Desert the taxi and go throw a party. Needless to say the story doesn't end so well.

Watch the music video for "No Favors" below, and revisit 16here.