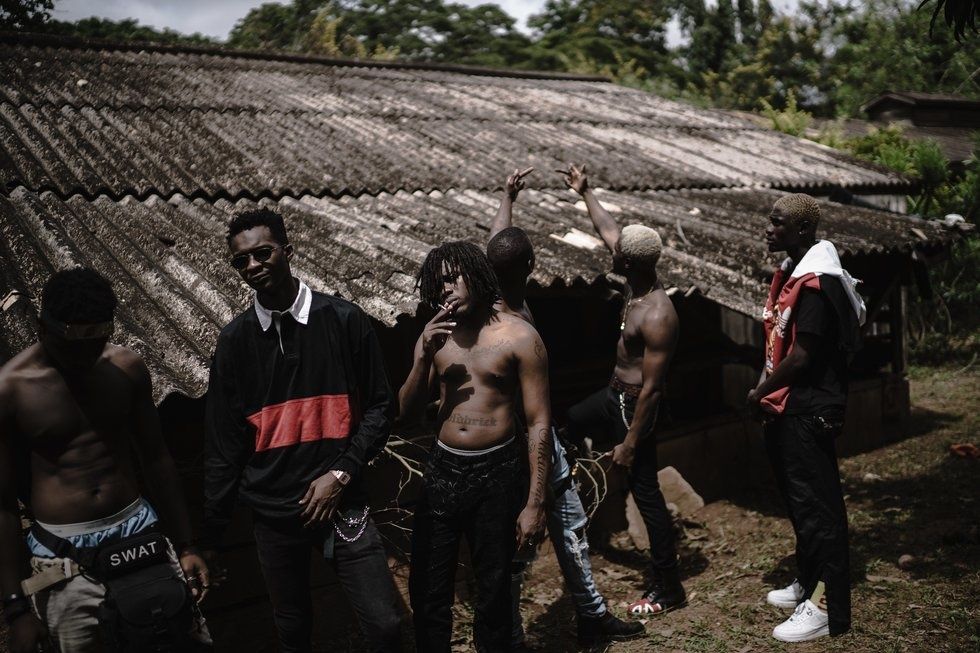 La Même Gang come through with their first single of 2019 with the uplifting new track, "This Year."

"This Year" follows the three La Même members and Kuami Eugene as they trade verses stacked with positivity about the coming year over synthesizer stabs and sparse beat work.

La Même Gang is the collective that is shaping the new wave of urban music in Ghana. This enviable squad is made up of six creatives: Darkovibes, $pacely, Kiddblack, RJZ, Kwaku BS & Nxwrth.

The Accra-based supergroup is part of a new school of African artists who are navigating a shifting musical landscape on their own terms. By connecting with their fans organically on social media, as well as through live performances, La Même Gang has gained quite the dedicated following.

Late last year, La Même Gang released their highly-anticipated sophomore project, Linksters, which showed off their versatility while showcasing their exceptional blend of trap and afrobeats.

Kuami Eugene has recently collaborated with the likes of Davido on "Meji Meji" and Fancy Gadam for "Only You." He was also featured in several of our favorite Ghanaian song lists of last year.

Listen to "This Year" below.