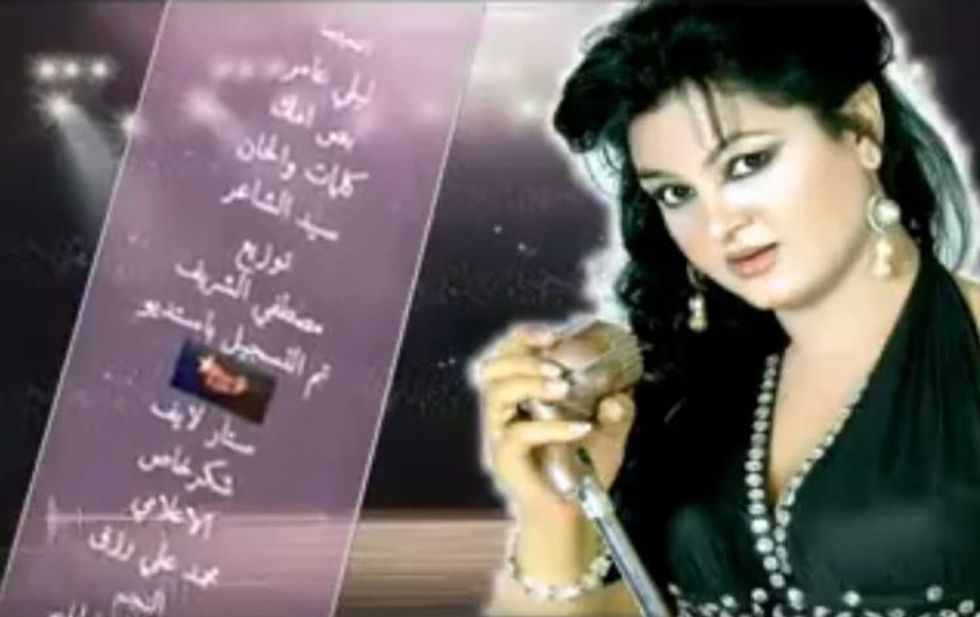 Ahmed Mahran, the lawyer who filed a complaint, says the video is a "moral disaster."

Egyptian pop singer Laila Amer has been sentenced two years in prison for a "sexually suggestive" music video. The sentence has since been reduced to one year after an appeal on Monday.

Amer appears on a video for her song called "Bos Omak (Look At Your Mother)," dancing while a man, clearly titillated by her dance moves, watches her on a TV screen.

Ahmed Mahran, the lawyer who filed a complaint, was quoted by various websites saying that video was a "great risk" to Egypt and that it was a "moral disaster." He pointed out that the song's title rhymes with "Kus Emek," which is an Arabic insult, meaning "Your mom's pussy."

Amer was quoted by the news websiteYoum7 saying there were no unacceptable words or phrases in the song, adding, "Egyptians say even more than that."

She is the second pop singer unacceptably arrested for a similar case in Egypt. In November, the singer Shyma was arrested after she ate a banana "suggestively" on her music video. She was later sentenced to two years in prison, alongside the video's director.

You can watch Amer's video for "Bos Osmak" below.