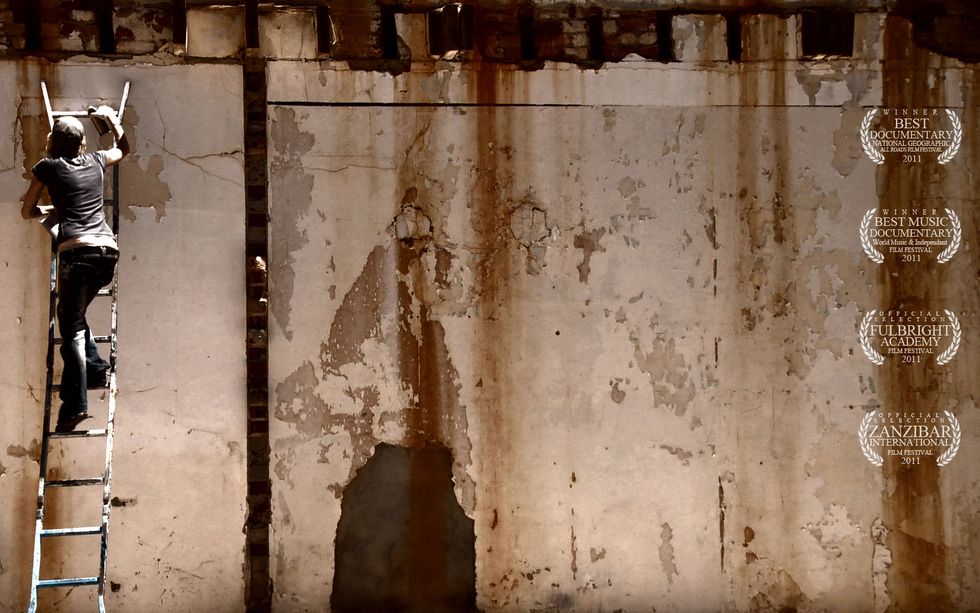 We were given the opportunity to talk with producer and editor of The Creators, Laura Gamse to find out about the film.

The Documentary, The Creators, focuses on the different types of culture — such as break dancing and inspirational music — that boomed out of apartheid in South Africa. We were given the opportunity to talk with producer and editor of The Creators, Laura Gamse to find out more on the movement. For information on upcoming screenings in Johannesburg go here.

Okayafrica: What goals did you have in mind when you conceptualized The Creators?

Laura Gamse: The Creators was initially focused on artistic activism in South Africa. I wanted to explore whether the arts sustained a level of public consciousness that was stifled through the Bantu education system, or apartheid's forced mis-education of the South African black and coloured (mixed-race) people. This view became complicated because some of the artists in The Creators didn't identify with the activist label, especially after the very overt political activism South Africa became known for during the 1990s. Some artists told me that the worst crime apartheid committed was creating a society in which it was not alright to address anything besides social inequity with art; others felt that art was one of the main tools that could be used to unify a nation divided by apartheid's segregation tactics.

The graffiti artist Faith47's son, Cashril+, tells a story at the beginning of the documentary about a man who hunts a werewolf every day for 20 years, only to wake up in his own trap. Cashril+ was 11 at the time we filmed him, and he had a dream of this story. The metaphor of a hunter unknowingly hunting himself - or the darker aspects he embodies as a werewolf each night - could be mapped onto so many realities within South Africa (colonialism, apartheid and the creative process, for starters) that it sets the stage for the documentary in a way which acknowledges the many psychologically and physically contrasting realities portrayed in the film. In the end, the film still shows many activist artists, but the focus is on the layered realities these artists live in and actively create, and their impact on the future of South African society.

OKA: Many people view apartheid as a dark time where creativity seemed to stop. Can you further explain the importance of music and art throughout the apartheid era?

Laura Gamse: There are a few songs those people should listen to which would sort them out right quick ;). We've all seen debates between people from opposite extremes of the political or socio-economic spectrum. They rarely resolve differences, eh? It's more likely that each party becomes more deeply ingrained in their own ethos. In my view, music and art lubricate what can otherwise be abrasive confrontations between opposing parties. In apartheid-era South Africa, an extreme minority of South Africans dictated the racist policies which oppressed the majority, and systematized segregation and mis-education kept most white people oblivious to the harm which was being inflicted on their fellow South Africans. Music like the Xhosa/Zulu protest song "Senzeni Na?" ("What have we done?") and theatre like Adam Small’s Kanna hy ko Huistoe crossed the boundaries which humans were barred by law from transgressing (in the case of Small's play, that he was barred from attending the performance because of his mixed-race identity).

The music and protest art during apartheid played a major role in establishing the humanity of those within the township to those who never brushed shoulders with them (both whites in South Africa and the international community), leading to the protests and economic sanctions which eventually fueled the transition to democracy. In modern South Africa, many artists and musicians act as the "culture-keepers", preserving the history of South Africa pre-apartheid and pre-colonization. These history lessons were removed from school under the Bantu Education Act of the 1950s, so without music, art and the oral tradition, they might be lost.

OKA: What is the most important/interesting scene to you in the film?

Laura Gamse:One of my favorite sequences is the montage of forced-segregation footage accompanied by the apartheid minister Hendrik Verwoerd's voice describing apartheid as a policy of "good neighborliness". Vusi Mahlasela's song "Kuzobenjani Na?" ("How would it be?") plays next over scenes of South Africans running from the bullets and tear gas of the apartheid police. In "Kuzobenjani Na?", Vusi is imagining how it would be tomorrow if he and his lover were married, "separated only by death" -- so the sequence juxtaposes two men from opposite extremes of South Africa (one the architect of apartheid, the other oppressed by its policies) hopefully imagining two beautiful futures, neither of which will materialize as a result of the reality of apartheid-driven violence and dehumanization.

It sounds complicated but the actual sequence goes by so quickly, few audiences (and probably only those who speak Zulu) catch it. You can watch it in the middle of the historical section of the film. Ironically, the apartheid footage is owned by some nameless figures who ran apartheid state television, and the footage is prohibitively expensive to buy for an independent film like The Creators. And though Vusi himself and his manager agreed to include "Kuzobenjani Na?" in the documentary, Sony Music recently sent me a demand that I discontinue its use in the film (and send them a profits statement, of course. Luckily we have no profits!). So this scene probably won't live to see distribution.

OKA: What is the most unexpected thing people will discover about the township through your film?

Laura Gamse:Hopefully audiences will discover incredible music and art that they didn't know existed, coming from what some might consider the least likely of circumstances.

OKA: Did apartheid stunt, or evolve the arts in South Africa?

Laura Gamse:I would say that the arts evolved during and as a result of apartheid. I don't know if there is anything that can cause art to regress (though I know some regimes have given artists solitary confinement as an attempt to stifle creativity). Had apartheid not existed, the arts in South Africa would have evolved in a different manner. The most apparent difference might have been instrumental musicians (choir music was vivified by apartheid, you could say, because musicians in poverty can't afford instruments but everyone has a voice). We'll never know what sort of art and music (and technology and inventions) would have come out of a South Africa without apartheid. I guess we're exploring that now.

OKA: How does the legacy of apartheid influence today's younger musicians? Like Spoek Mathambo, featured in your film.

Laura Gamse:In so many ways, it's not possible to generalize. You can see Spoek riff on the stereotypes in stuff like his H.I.V.I.P. mixtapes with Sweat.X. Spoek answers this question directly in The Creators, so let me not put too many words in his mouth. Some approach the issues directly like Emile YX?: ("We completed black schooling, or should I call it black fooling? The cherry on the cake was giving us token black ruling.") and others choose to ignore or talk around them (like Watkin Tudor Jones, better known nowadays as half of Die Antwoord). Some kids who would otherwise be prodigies don't own instruments or art supplies. Others with no talent inherited extravagant amounts of wealth and have thriving careers.

OKA: The film has won many awards and has received positive attention, where do you hope to take it next?

Laura Gamse:We've just been picked up in Europe by EastWest distribution, which is exciting. Still looking for North American distribution. My favorite screenings are in schools and universities. I'd like to get more of those going on, in the townships and prisons, community screenings in places where you might not expect to see the film. This Sunday we're screening at Madiba restaurant in Brooklyn - I'd love to do more events like that.