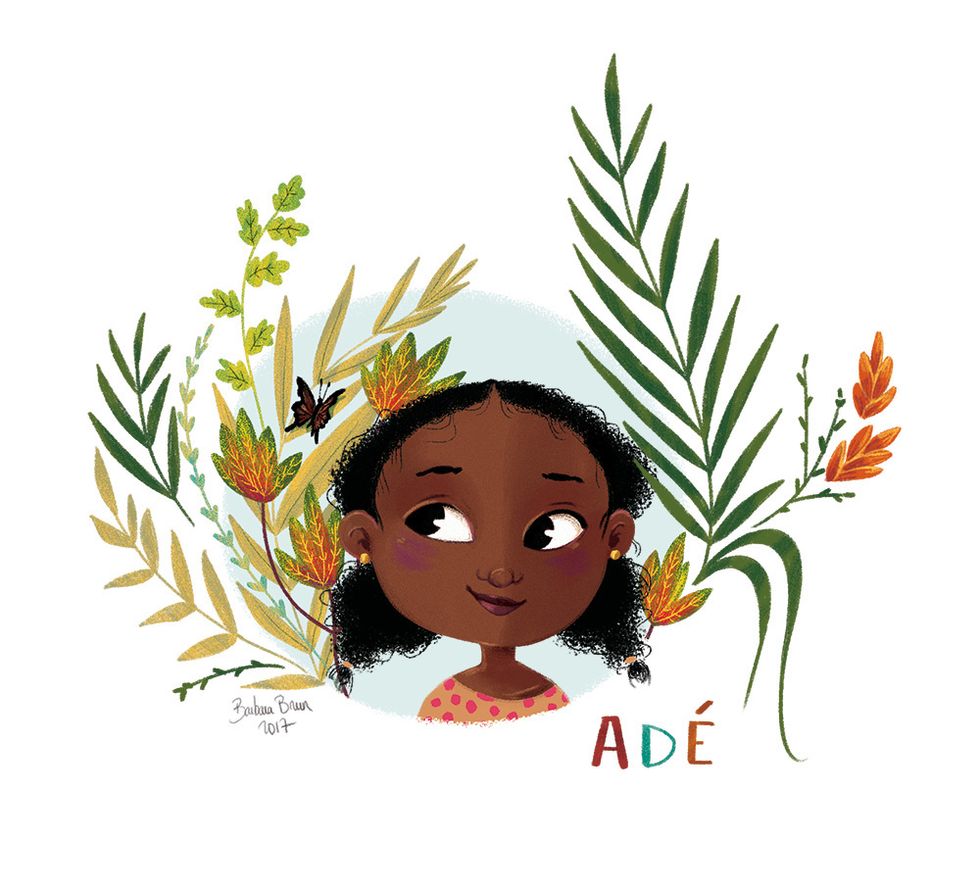 Her children's book, "Like A Million Black Butterflies," addresses race and bullying—rare topics you don't read often in French literature.

Growing up, French blogger and writer Laura Nsafou was bullied for her appearance, specifically her hair and nose. One day after a girl put down her hair, she came home and asked her mom to undo her braids. Her mom said no and told her that she had to accept herself as she was.

When French publishing company Bilibok approached Nsafou years later after reading an article on her blog on representation and diversity in literature, they asked her to write a book based on a Toni Morrison quote from the book God Help the Child: "Her clothes were white, her hair like a million black butterflies asleep on her head." Nsafou used her past experience to write a book called Like A Million Black Butterflies.

For her, the goal was to write a book about bullying and race that would bring a "more accurate representation of a black girl dealing with her hair and facing others."

A popular afro feminist writer, Nsafou had started her blog 4 years ago, writing openly on issues related to race, classism and sexism. Although she had published her first novel prior to that, she had, by then, almost given up on writing because of diversity issues. "The books I saw in stores excluded people like me. I felt like my novels wouldn't be published because they were against the norm." So when the chance arise of writing Like A Million Black Butterflies, Nsafou was finally able to write the book she would have loved to read as a child. "I wanted to use all this conversation of afro hair and salon and focus on responsibilities that comes with racism in school," she says. "People tend to dismiss children's worries about it, but they should be addressed."

As one of the faces of the French afro feminist movement that aims to empower black women by reappropriating the spaces that are not open to them, Nsafou was aware of the tropes she wanted to avoid. Her main character, Adé, doesn't define how little black French girls should look like, instead it's about considering her as one of many possible black girl heroes. In the book, it was important for her to portray a variety of black girls, both in words and pictures by working closely with the illustrator.

The book was released in 2017, following a successful crowdfunding campaign, riding on the coattails of the global conversation on representation in literature. For Nsafou, it's due to the fact that people were supporting her on social media, as well as bookstores and libraries and schools expressing a strong interest for it. They saw the book as an object that could inspire and bring better representation in French children's literature. On top of it, there is a demand from parents, especially black parents, to have access to books for their children they can relate to—books not full of stereotypes.

Despite the great reception she had when the book was in stores, she has frequently been accused of "ethnocentrism"—"One school refused to have my book because they felt it was excluding children because the main character is black. We have dozens of books about white boys, no one believes that it is excluding. Why can't black women be universal too? Do people want to teach children that some of them are invisible?"

She recalls an anecdote. She was at a book signing event with her mum when a white woman looked at the book cover and asked her if she could open the book. Nsafou agreed. The woman explained to her that her child has frizzy hair, but wasn't sure if the book was for her. Nsafou's mum was there and said: "Why? Black people don't see themselves in many books, and yet we still read them."

It is important for readers to understand that they need to take a new path in the way they relate to books. "There can be Asian, Arab; Latino characters in a book, and readers can still feel concerned."

Her hope is that people carry on having a conversation on diversity and what it means. Often, it's not just about having people of color as main characters, but about who writes, produces and illustrates these books.

But change will come in the popular, yet rigid children's literature world in France when the publishing industry will understand and receive Nsafou's books and the many others that exist. She notices that, the very few children's books portraying non-white characters tend to be translations of English books. It's easier for the English-written ones to arrive in the French market rather than the other way around.

As for Nsafou, the adventure she had with Like A Million Black Butterflies is coming to an end. She is now working on her next novel—an urban fantasy trilogy about a woman going to Senegal for the first time where she meets a djin who would lead her to discover the story of her family.

She's still looking for a publisher for this one.