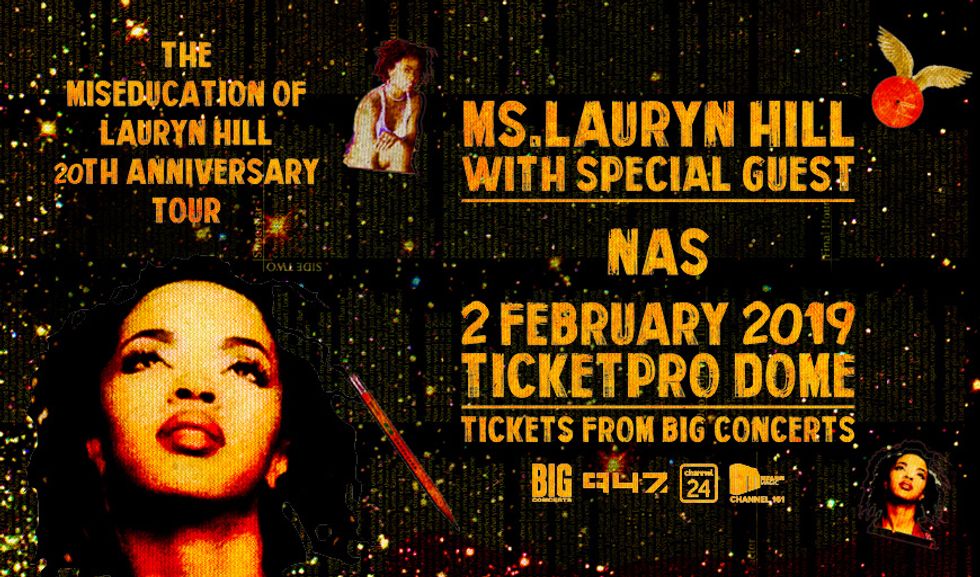 "From the first day we started putting the tour together, playing Africa was a must," she says.

Miss Lauryn Hill is now infamous for cancelling shows and going as far as not pitching up for performances. And after kicking Nas and Santigold off her world tour last year, South Africans have since been reluctant to buy tickets to the Joburg leg of her tour, lest she doesn't show up.

Well, the artists wants you to know that she will definitely pitch up at the Ticketpro Dome this Saturday. She shared a statement on Twitter assuring fans.

"I got word that some people are doubtful that Nas and I were coming to Joburg to play," she wrote, "From the first day we started putting the tour together, playing Africa was a must."

The show is part of Miss Hill's world tour which is for commemorating the 20th anniversary of her classic album The Miseducation of Lauryn Hill. Nas will be the supporting act, as he has been for past shows.

We reported last year that Miss Hill will donate a portion of the ticket sales to the MLH Fund, which contributes support for education, health, education, technology and community-based business developments.

The show will take place this Saturday at the TicketPro Dome in Joburg. You can buy tickets here.