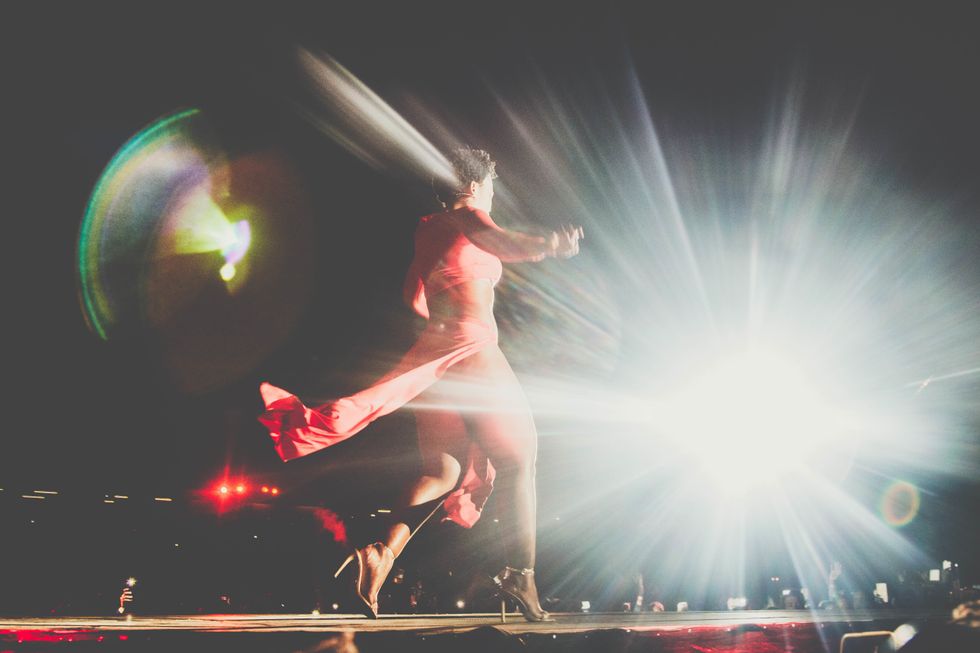 South African socialite and dancer Zodwa Wabantu is loved as much as she's criticized. She's not shy to show her body off, an act some consider a sign of liberation.

Revered poet Lebo Mashile is one of those people. She recently expressed her love for the socialite in an interview she did with the rapper Stogie T on the first episode of his #WWTB podcast.

"I love her," Mashile said, "I'm here for her. I'm here for her in whatever way; emotionally, spiritually, as a friend, I love her. Zodwa is as complex in this society as Lebo Mathosa, Brenda Fassie. I'm here for her, when she was like, 'I've got cellulite, teabag boobs, but I still make money, and charge 35k a gig. And I will still be making money tomorrow when I'm old and fat,' I was like, 'yes!'"

Mashile added that what Zodwa is doing isn't far from what the poet herself does.

"Zodwa is doing it in a way that is accessible to people who would never be able to hear me. They won't have physical access, they won't be able to [access] the language."

T then asked the poet what her take is on people who criticize Zodwa by saying she's teaching kids to use their bodies to get paid.

"She's saying it to adults," Mashile said. "The times I've seen Zodwa's body or punani, I was deliberately searching for it. Like, 'oh they talking about her, okay, search.' But she doesn't randomly come across on TV naked, unless you are looking for her. It's like saying, 'oh I took my children to the Summit (a strip club), and there were no activities.' What must strippers do? Must they start reading stories just because your kids are there? Go do other things with your children. It's not her responsibility to raise your children.

"If I had teenage children, I would love for them, in a paradigm like this, that is so conservative, that is so much about body shaming, policing women's and girl's sexuality, for Zodwa to exist, just as a conversation starter at this time, is vital. 13-year-old girls need to see her, so they can ask questions about her."

Mashile also expressed her love for artists such as Moonchild and Busiswa who are not ashamed of their sexuality and express themselves fully and in an edgy manner.

"Her steez," she said of Moonchild, "it's so her, it's unashamedly provocative and sexual, but also smart, really smart and deliberate, funky.

"I love Busiswa, what she's doing for didudla, Moonchild is a fucking genius."

Listen to the podcast below.