What Would Legal Weed Look Like in South Africa? 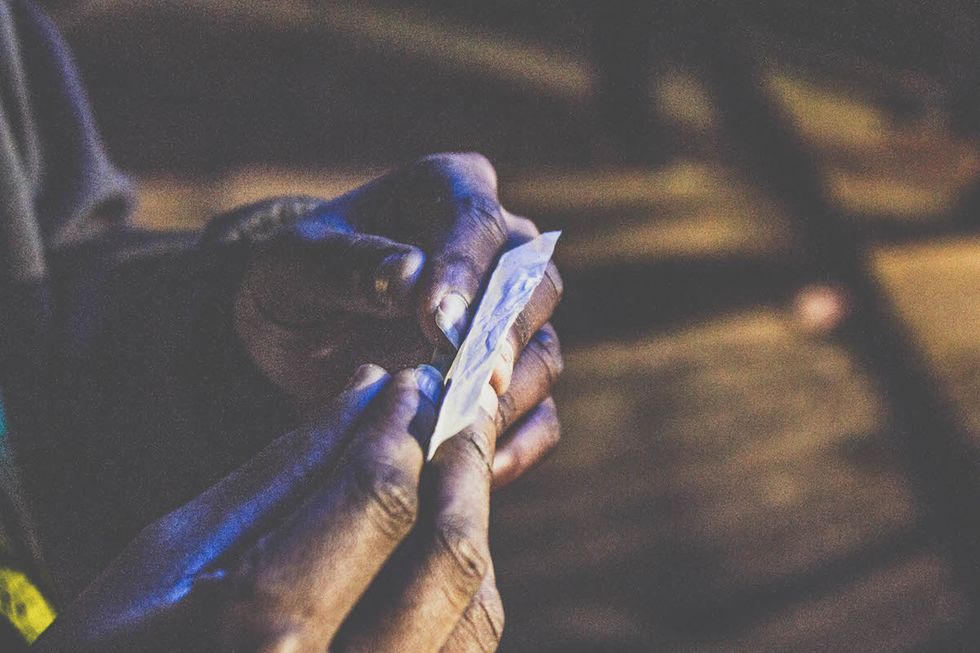 It could be a huge boost to the economy. So why isn't it moving faster?

Last month Lesotho granted the South African company Verve Dynamics a license to grow marijuana for medicinal and scientific purposes making it the first legal weed grown on the continent.

Earlier this year, responding to an application by the Dagga Party to decriminalize marijuana in South Africa, the Western Cape High Court allowed for the possession, cultivation and use of marijuana at home, for private use. The complete legalization of the herb in South Africa is still underway, and at the moment there is no clear timeline or estimated date as when the herb will be legal for all to use.

It must further be noted that the judgement by the Western Cape High Court has up to two years to change the relevant laws before the possession and/or use of the herb is officially decriminalized.

Possession of marijuana in South Africa can earn you up to 15 years in prison, and dealing, up to 25 years.

But what will it mean for the country when weed is legalized?

Many believe it'll be a boon to the economy, leading to the creation of a vibrant new industry and the infrastructure that comes with it. Meanwhile, the country's law enforcement services will save billions of rands in enforcement funds.

This is the view of Vladislav Lakcevic, a UCT MBA student in his thesis, which looked at the economic implications of the legalization of marijuana in the country. Lakcevic believes the national cost of enforcement pertaining to drug-related crime was about R2.6-billion in 2013, and the value of drugs seized was about R117-million.

In a 2016 article published by the Mail & Guardian, Quintin van Kerken of the Anti-drug Alliance of South Africa calculates that, on average, for each drug dealer arrested, 36 users were arrested. He also concludes that about 60kg of the total 97kg of the drugs retrieved was dagga.

It's difficult to predict how marijuana legalization would directly impact the country's economy. The best possible way is to look at how the industry has grown in the USA, where herb is now legal in some states.

A study by the Arcview research group concludes that legal market sales are expected to surpass $22-billion by 2020 in the United States despite weed still being classified as an illegal drug on a federal level.

According to Forbes, retail sales of marijuana in the U.S. from 20 jurisdictions were $6.5 billion. That number is projected to grow to $30 billion by 2021.

Again, it's difficult to scale these numbers in a South African context, but it's clear legalization would boost the economy.

One other thing to consider is that medicinal marijuana would call for a more structured industry, thus going a long way to eliminate the black market. This will have an implication on prices of the product, which could benefit the consumer and affect the seller negatively, probably the same way Uber affected traditional metered taxi operators but benefited passengers.

"And given the fact that only scientists would be capable of growing this medicine it must therefore be a given that these plants will be standardised and the only way to do that would be to grow in a clinical environment," wrote Julian Stobbs, director of social activism non-profit organization Fields of Green for All, in an Op-Ed for News24.

From the above, it's clear that the legalization of marijuana would affect the economy positively, but the complications lie in the infrastructure that needs to be built to support the industry.