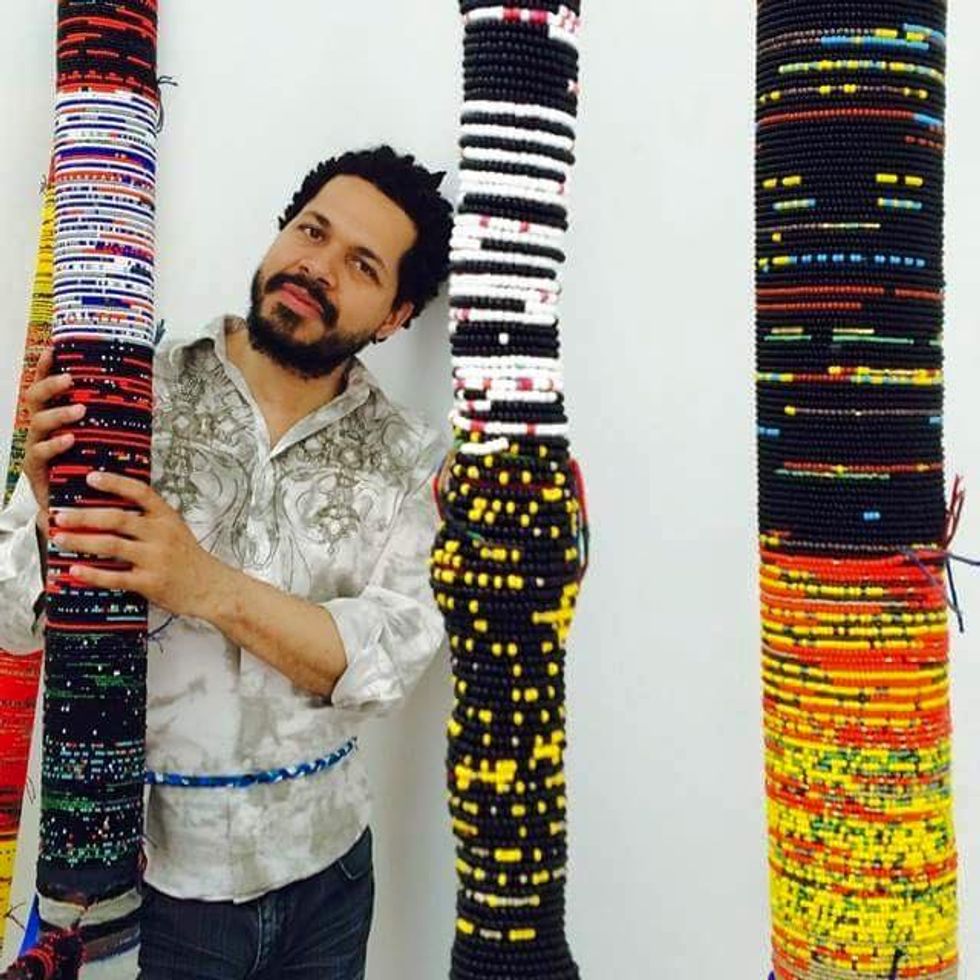 New York-based curator Dexter Wimberly is bringing the “afrosupernatural” art of Leonardo Benzant to the world.

New York-based curator Dexter Wimberly is bringing the “afrosupernatural” art of Leonardo Benzant to the world.

Born in New York City to Dominican parents, Benzant’s work straddles multiple realms: a Dominican childhood in New York and that of his Afro-Caribbean roots. The underpinnings of his sculptures and paintings are deeply rooted in his spiritual beliefs and ties to his Afro-Caribbean heritage. For Wimberly, Benzant’s work is steeped in the dialogue surrounding what may be considered “African art."

His practice is driven by his connection to the trans African-Atlantic diaspora. Imagining himself as an Urban Shaman, Benzant explores both his familiar visible world as well as the hidden dimensions of other realms.

Though his work has been seen in group shows around the country, an upcoming solo exhibition in Newark, New Jersey will mark the first time Benzant’s sculptures and paintings will be shown in one place.

Afrosupernatural is the culmination of the curator and artist’s collaborative efforts over the years. The title comes from one of Benzant’s paintings. “To say that this is a work that’s fusing African aesthetics and African sensibilities, but also something that’s otherworldly” is a bold statement, Wimberly tells Okayafrica. It’s a suiting title for a show that sees Benzant continue to merge his spiritual beliefs with his academic understanding of contemporary art.

The exhibition pulls from a decade’s worth of work as well as a number of new pieces. A mixed-media body of work titled Kalunga Inbetween Worlds (K7) explores themes, materials and colors related to Kalunga, an ocean deity associated with the Bakongo people of Central Africa. His sculptures from Paraphernalia of the Urban Shaman M:5 are inspired by African power-objects while aesthetically pulling from chromosome patterns.

For Wimberly, Afrosupernatural could be considered his third exhibition of contemporary African art. Last year he and Larry Ossei-Mensah organized No Such Place at Edward Tyler Nahem. Currently, The Ease Of Fiction is showcasing the work of four U.S.-based African artists in Raleigh, North Carolina.

Leonardo Benzant, To Invoke The Spirits Of The Forest, oilstick and mixed-media on paper, 75 x 60 inches, 2011. Courtesy of the artist.