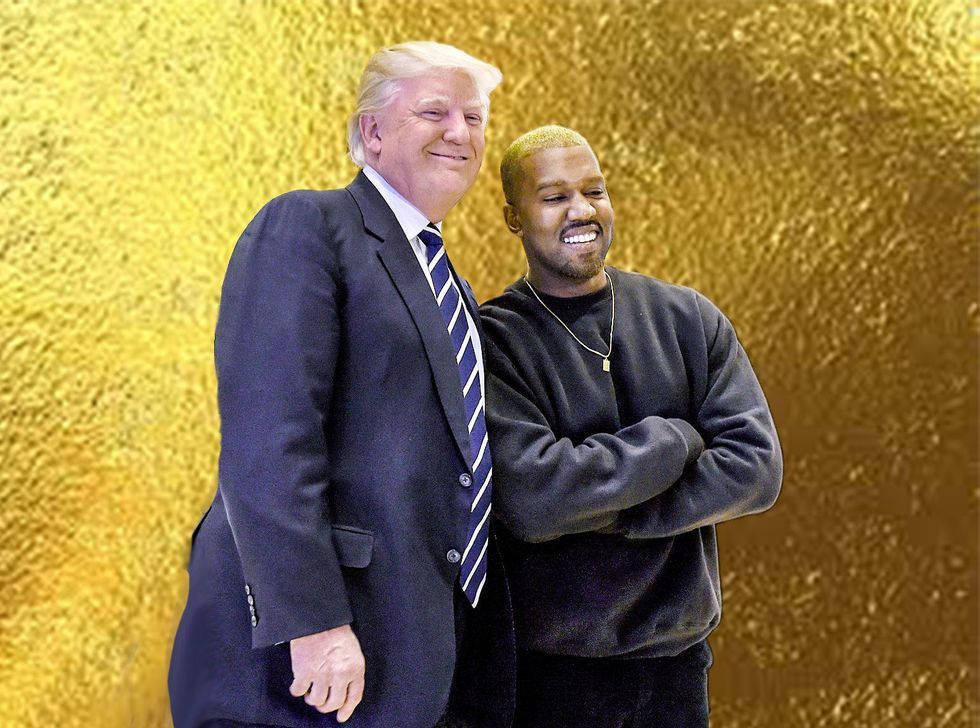 Kanye met with Trump today. Looking back at West's evolution into his current form, this was bound to happen.

Three years ago after a then-notorious Kanye West BBC interview where West breaks down his thoughts around economic empowerment, the DJ/scholar and friend of Okayafrica, Chief Boima tried to give West his due by giving it a proper Marxist analysis:

Basically, what Kanye is seeing and trying to point out is that “products” are tied up with and contain the social context in which they are produced. From what I understand of the interview, he aims to dismantle the structural inequalities he’s come across in his career as a “creative” by taking control of the point of creation, means of production, and probably modes of distribution.

Boima was attempting to arrive at a theoretical understanding of how artists should be compensated for their labor.

But that honestly makes me think of Ye less as a revolutionary and more as a self-invented man in the mold of Don Draper, the snake oil salesman who can sell the myths of advertising with such unparalleled skill precisely because he understands the nature of his own desire, his own enslavement to the myth (compare Yeezy’s rant about the magic of a new pair of Jordans or a porno mag with Draper’s self-destructive soliliquy about whores and Hershey bars and tell me I’m wrong). Which really makes me wonder whether Kanye’s main contribution to the revolution won’t be imploding on camera in some way that exposes the system at its ugliest...

This was Boima and Eddie's 2013 Nostradamus moment. Like America, Kanye's internal contradictions have only heightened and become more extreme since then, resulting in his hospitalization and a turn to Trump.

If anything, this spectacle reveals how seamlessly connected the West-Kardashian world-views are with Trump and the American electorate. It's clear that Trump's mail-order steaks are West's Life of Pablo-branded Gildan T-Shirts—ethereal media creations with little to no physical presence or practical value.

But just as West's gold-plated fantasy world smashes into the violent reality of Kim Kardashian's kidnapping in Paris, so it is with Trumpism—the self-help nonsense and artifice of Trump University, the absurd cabinet picks and a DGAF approach to international diplomacy will soon butt-up-against geopolitical realities, smashing the facade and exposing the rot at the core.