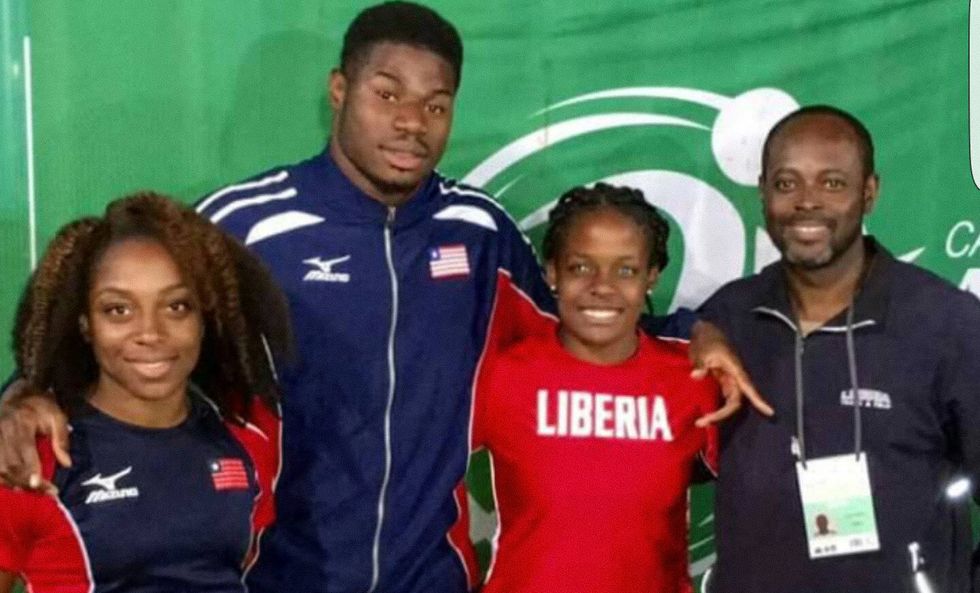 Liberian Olympic officials allege funds that should have been spent on the Olympic team went to a football team belong to the president's son.

Emmanuel Matadi and Mariam Kromah will raise the Liberian flag high at the Rio games on Friday. The pair are the only athletes to represent Liberia at the Olympics this year. But these world class athletes almost didn’t make it to Brazil, when their own government ditched them before the games even began.

According to members of Liberia’s Olympic committee, the Liberian government refused to provide the funds needed for the delegation to the games, slated to begin this week.

“As I speak to you, the government of Liberia did not provide a dime for the games. Ironically, this is a government who provided money to a private football club owned by the President’s son,” Mr. Malcolm Joseph, Chief of Mission of Liberia to the Rio 2016, told Okayafrica in a phone interview from Rio de Janeiro, Brazil.

“They used government money to support BYC (Barrack Young Controllers) to play an international match in Tunisia but they can’t support an international team for the biggest sporting event in the world.”

According to Joseph, the Liberian Olympic Committee had to take a loan of US$75,000 from the Liberia Bank for Development and Investment (LBDI) to enable the athletes and officials make it to the games.

The Liberian Deputy Minister for Youth and Sports, Henry Yonton confirmed to Okayafrica that the government could not provide funding for the Rio games, blaming it on budgetary constraints faced by the country due to the impact of last year’s Ebola outbreak.

“I’m saying to you, the government did not have the money to fund the team to Rio,” said Yonton.

Mr. Yonton stated that the Ministry of Youth and Sports made efforts by requesting funding for the games but the ministry of finance told them that “the money is not available.”

The two athletes competing for Liberia traveled to the games from the United States. Mariam Kromah, 22, will compete in the Women’s 400 meters track and field race. The Fort Worth Texas native and a Southern Mississippi outdoor record holder in the 400 meters, ran a season and personal best time of 24.87 in the 200 meters in 2015 according to Southernmiss.com. She competed for two seasons straight at New Mexico Junior College where she was named most outstanding athlete during the indoor and outdoor season as a sophomore.

Emmanuel Matadi will compete in Men’s 100 meters. Matadi has won several titles for Minnesota State University and for his native Liberia. He won National Junior College Athletics Association (NJCAA division) 2 national titles in the 100 and 200 meters for Minnesota State. Matadi also won a bronze medal in the 200 meters at the just ended 2016 African championships. Born April 15, 1991, Matadi has won NJCAA all American Honors capturing the 100 Jayhawk Conference title. Matadi has also won every race in the 100 metres category as a senior under coach Mike Knox according to the Louisville Cardinals profile of the athlete. According to Joseph, the 25 year-old carries the hopes of the nation on his shoulders: “He’s a top-notch athlete and we’re looking forward to him winning medals.”

Watch a video of Matadi competing in the 100 meters for Minnesota State: