Meet Lidudumalingani, Winner of the 2016 Caine Prize for African Writing 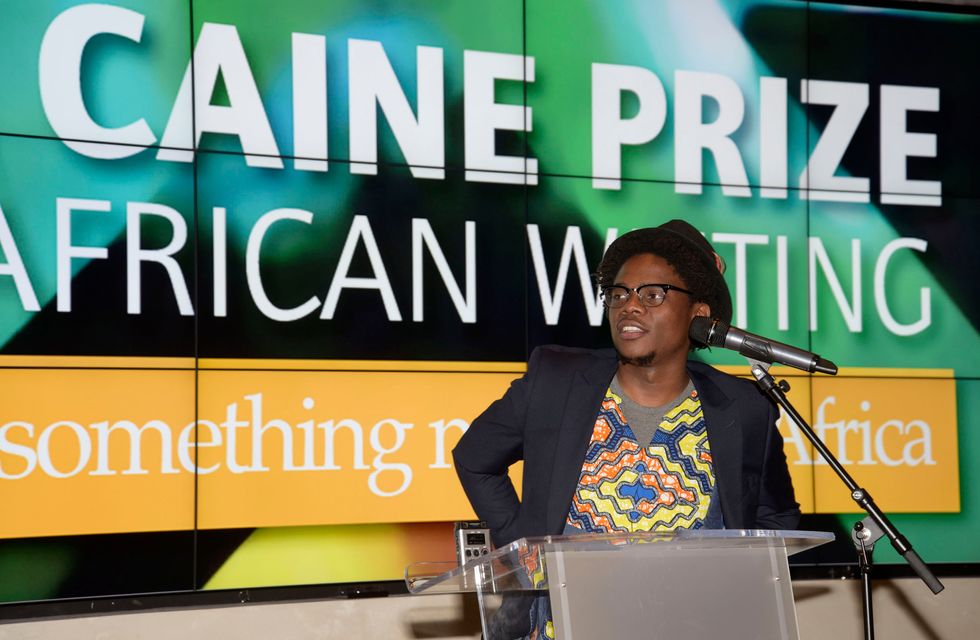 In July, South African writer Lidudumalingani was selected as this year’s winner of the Caine Prize for African Writing for his short story, “Memories We Lost.” A writer, filmmaker and photographer, Lidudumalingani was born in the Eastern Cape province in a village called Zikhovane. He’s currently based in Cape Town.

His winning story explores mental health through the relationship of two sisters in a South African village, one of whom is schizophrenic and the other her protector. The sister’s situation deteriorates as her care is entrusted to Nkunzi, a local man who employs traditional techniques to rid people of their demons.

After years of publishing his non-fiction pieces in a multitude of platforms, both online and print, Lidudumalingani (a poetic Xhosa clan name literally meaning 'it rains with no thunder') has set his compass on international fiction. We spoke to him over email about words, language, images and prizes.

Congratulations on your Caine Prize win. You've professed to be an outsider to the issue of mental health, which is your winning story's theme. This brings to mind the adage 'write what you know'. To what extent do you think this is true?

My only prerequisite to writing is that I write about what I deeply care about and as such the writing will have nuance. Writing is not always to inform or to offer the reader answers. It can also be a way in which writers think about the world, and to suggest that writers cannot do this is limiting.

The prize is a coveted acknowledgement for many writers looking to get their names out there. Yet, much can be said about it as an institution. How good is it for African literature?

The Caine Prize accepts nominations from publishers. What this means is that the stories have been published before, without the input of the Caine Prize, and as such, publishing African writers continues to exist in the world, way before the Caine Prize finds the stories. What we need is more prize money to be given to African writers, to allow them to do nothing else but write, in the same manner that middle class writers are able to only produce art and not have to work. And we have these and we should, to raise their influence in the literature circles, be writing about them as well.

The money is definitely good for a work of that length but the prize also reminds one of the cultural and linguistic relationship between Africa and her former colonial masters. As Binyavanga once put it, “it's not our prize”. What would an "African prize" look like to you?

The reality of it is that no prize would ever be our prize because it will be run by a few individuals with their own prejudices and agendas. This idea that in the world there is or that someday there will be a prize that represents everyone’s interests is a myth. What I would agree with is that we need more literature prizes. But none of them, I do not think, will be fully encompassing. It is structurally impossible but the contributions, even with their own limitations, contribute towards the bigger goal.

Has winning the prize given you more access to Africa's literary landscape or opened up the possibility of collaborations within the continent?

Definitely, I am having conversations with people all around the world and this would have taken a little longer had it not been for the Caine Prize.

'Memories We Lost' is set in a rural South African settlement where your home language isiXhosa is spoken. What do you make of the irony that many people where the story is set wouldn't know about it, let alone be able to read it because of the English barrier?

You've said that "Memories We Lost" is your last short story and you're now moving on to other things. What's next on your literary agenda?

The brother has to move on to do other things. I am working on something longer and I want to make more images. There are two films in the pipeline. And there are other things I am doing.

You live in Cape Town, a city where the legacy of apartheid looms large despite its 'prettiness'. Your photography recently appeared in an exhibition by the Instagram group The Real City of Cape Town. As a black photographer, what do you love about the city?

For a long time I believed Cape Town hid its class division and racism well, but now I think that it does not, that in fact it lays it bare for us all to see and people simply make the decision to ignore it.

What I love about the city is how the people who do not live in it have to enter before sunrise, in the dark, and then vacate it in the evening, disappearing into taxi ranks, bus terminals and train stations. There is no better resilience.

I am interested in the building of the city and the idea that the people dangling atop above the city, held by a string, laying bricks on new buildings, will not, once the building is standing, have access to that very building because they are now building, after the labour is no longer needed, not suitable to enter it. This is what my photography is obsessed with.

What's your take on Instagram? Is it adding or taking away from "pure" photography?

Instagram has liberated the way we produce and consume images. I do not care for photographers whining that it has ruined photography. It has not. What it has done is the ultimate subverting of the manner in which people used to depend on photographers to take their portraits, and now people are making portraits of their friends and taking selfies. This is its ultimate power.

People are making images of themselves, in their most intimate spaces, when they are most vulnerable. The one conversation that interests me about Instagram is the way in which some of the photographs there are ephemeral, forgettable, that one looks at it and looks away and cannot remember it. Given that there is an influx of images, how are we to remember all of them? Even as we do not remember, these images remain dear to the people who make them. They remain records of a time when things were good or terrible.

You're also a filmmaker. Would a visual adaptation of "Memories" be something you would consider?

That thought, though I am not opposed to the idea, has not crossed my mind.

As a filmmaker who spends a lot of time on his cell phone, have you considered merging the art form with the gadget?

In the film that I am writing, there is a love storyline that is carried by the interaction lovers have with friends, through smartphones.

I am urban and rural at different times and at times I am both at the same time and thus it is hard to say.

Any new film projects we can look out for from your side?

There is a documentary on an arts collective called Sounds Of the South that I am working on. And a script that I have been working on but that is going to take a bit of time to come together and so the doccie will come first.