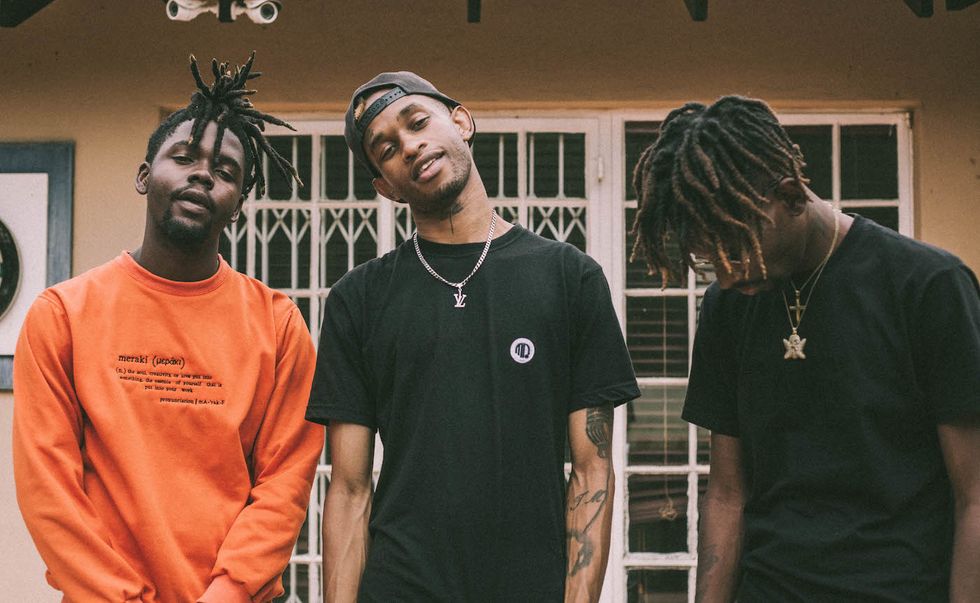 If you've been following the ATM (African Trap Movement) gang closely, then you know a joint project from three of its members—Just G, Ranks ATM and Sims—has been a long time in the making.

3 Way is a 10-track mixtape consisting of songs performed by the trio collectively, including the lead single "M.I.A," which has been out for a few months. The only guests on the project are two of ATM's founding membersEmtee and Saudi, who appear on the songs "Where Would I Be" and "Silent Night."

Production on the mixtape is predominantly handled by Ruff and Kreazo, two producers who are affiliated with the ATM camp (Ruff has produced most Emtee, Saudi and Sjava's projects). Ndu Browns produces the song "Run It Up." Ruff doubles as an executive producer.

Owing to having only two main producers, 3 Way sounds monolithic, which makes it more of an album than a mixtape. The songs vary in mood and lyrical content, making for a wholesome listen instead of a random selection of songs, which you normally expect from mixtapes in their traditional form.

3 Way does a great job of illustrating the potential the three rappers have. Their diversity and chemistry exhibit crew members who understand each other's abilities and know how to optimize them. The production on the project is predominantly trap as you'd expect, and the three artists sing and rap in varied styles and languages, including SiSwati, IsiZulu, IsiXhosa and of course English and slang.

Stream 3 Way below and revisit our interview with Just G, Ranks ATM and Sims here.