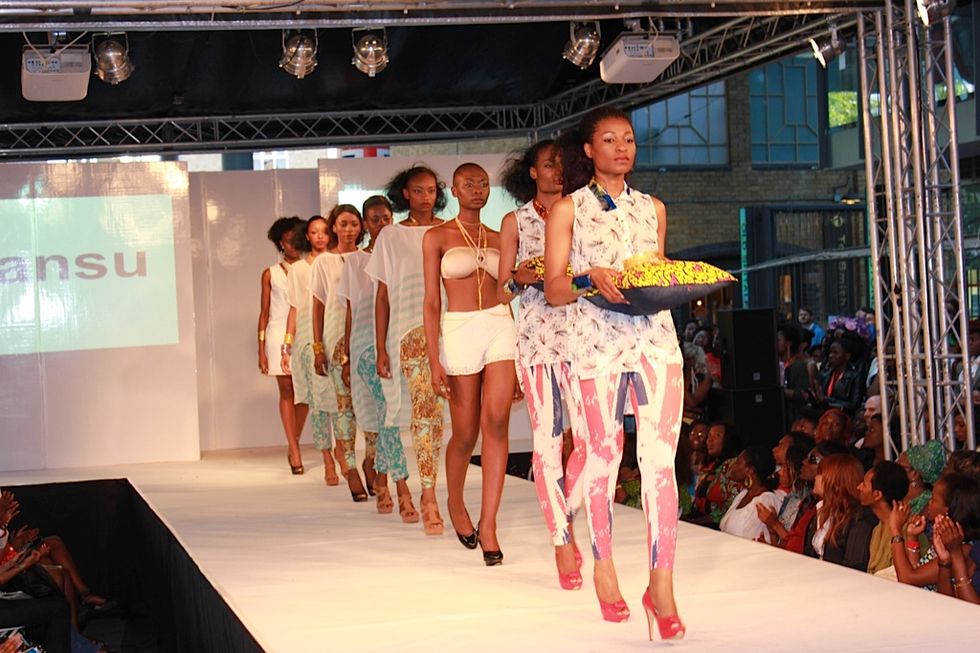 “African fashion is booming”, reported London newspaper The Metro a day ahead of Africa Fashion Week (AFWL) in London earlier this month. Showcasing the work of 60 designers, the African spectacle took place alongside the Olympics at the heart of the city’s vibrant East End with a wonderfully upbeat atmosphere to match. Jam-packed with style experts and a fashion-forward crowd, as well as the occasional tourist who happened to stumble upon the scene, the show exhibited a unique blend of seasoned and emerging talent to a crowd total of 15,000 people across the various events. Just metres from the runway where models flaunted an array of dynamic collections from across the continent stood dozens of market stalls selling everything from African-print heels and clutches to regional dishes including jollof rice — a clear crowd-pleaser.

Ronke Ademiluyi, organizer of the AFWL, said: “We’ve received plenty of positive feedback and the event has had a great impact on the perception of African culture and fashion." “People have begun to bond with the culture instead of shying away from it. A lot of people are now involved in Africa through fashion,” she added. For instance, members of the international fashion elite, including Franca Sozzani, Vivienne Westwood and Stella McCartney have all been involved in campaigns to promote the growth of the continent’s style sector.

Next year’s Africa Fashion Week in London is set to be bigger than before, according to its organisers, with Vlisco, the textiles manufacturing giant, reportedly interested in becoming an official sponsor. Yet amid fantastic prospects for Africa’s fashion designers, one cannot help but wonder where this industry headed and whether the destination is truly sustainable. The cornerstones of the success of ethical African fashion lie within its ability to make sustainability a mainstream concept. Once dubbed “the hopeless continent” by The Economist in 2000, Africa’s growing fashion industry looks incredibly promising. For more information on AFWL, check out their main website here.